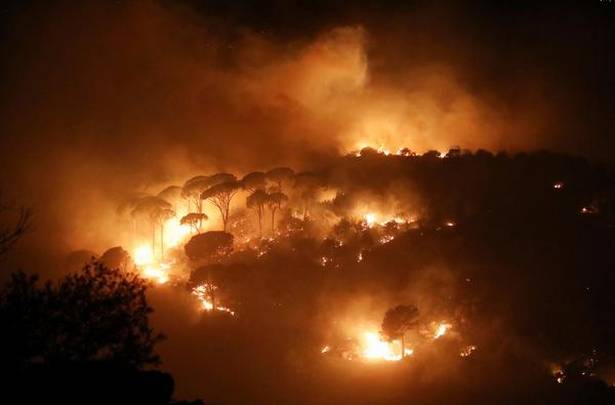 Wildfires around the Middle East triggered by a heatwave have killed three people, forced thousands to leave their homes and detonated landmines along the Lebanon-Israel border.

Syria, Lebanon, Israel and the Palestinian territories have been hit by an intense heatwave that is unusual for this time of the year.

Wildfires spread across different areas of Israel and the West Bank for a second day on Saturday, forced thousands of people to evacuate their homes.

Israeli Police said in a statement that firefighters and police forces evacuated 5000 residents from the city of Nof Hagalil in northern Israel.

One of the hardest-hit countries is war-torn Syria, where fires have killed three people, and left dozens suffering from breathing problems over the past two days.

On Saturday, special rain prayers were held in mosques around different parts of Syria begging for rain to ease drought and stop the fires.

Director of the Forestry Department in Latakia Agricultural Department, Bassem Douba, was quoted as saying by state news agency SANA that the number of fires reached 85 in different sites.

Along the border with Israel, fires were reported by Lebanon’s state news agency in several villages, some of them triggering explosions of land mines placed along the heavily guarded front.