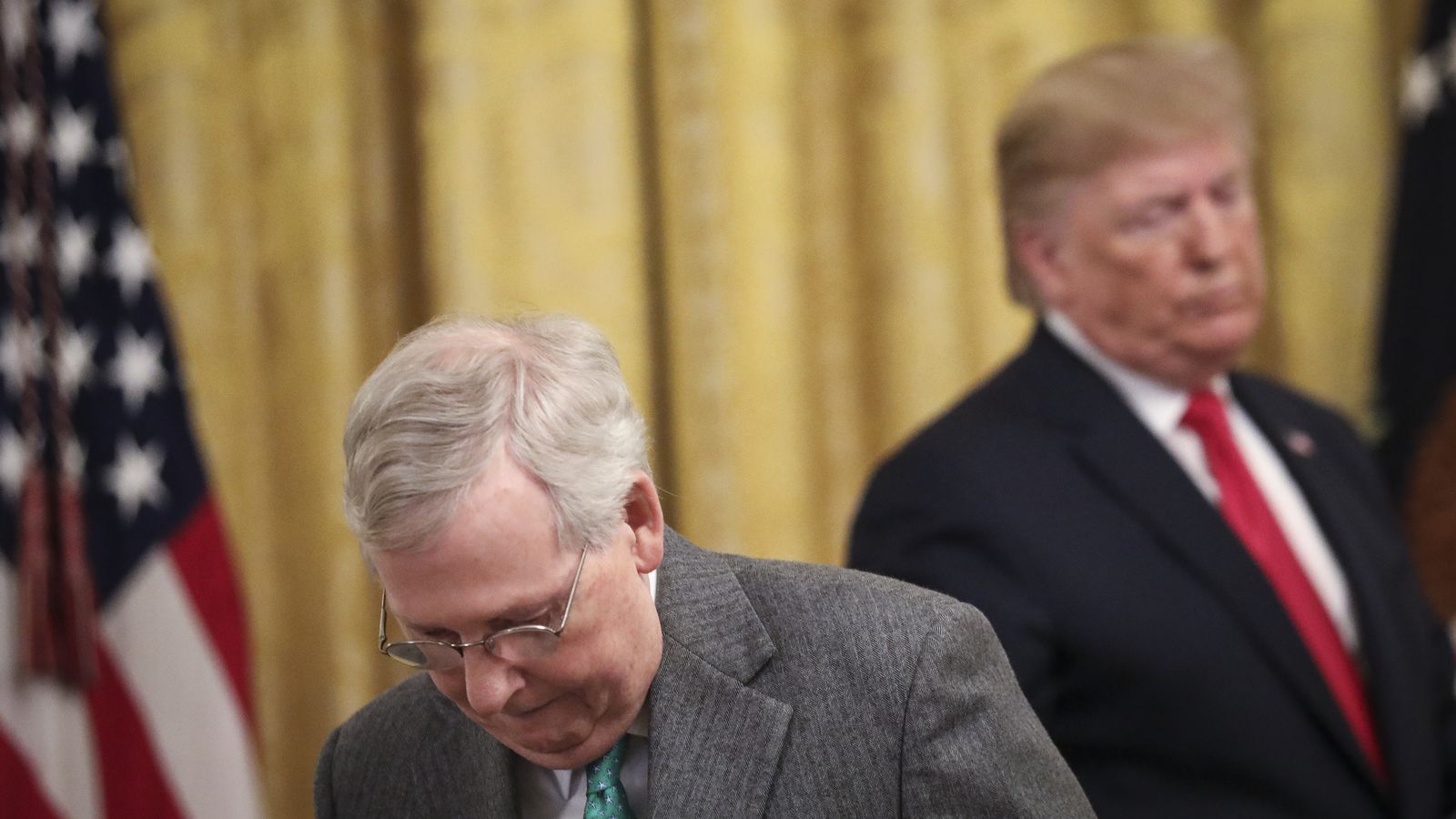 File photo of Senate Majority Leader Mitch McConnell and president Donald Trump . “A coronavirus stimulus deal is unlikely in the next three weeks,” he was quoted as saying.
Share:

Senate Majority Leader Mitch McConnell told a Kentucky event on Friday that a coronavirus stimulus deal is “unlikely in the next three weeks,” per the Washington Post’s Erica Werner.

Our thought bubble: Two sources close to Senate leadership said President Trump is desperate, has zero leverage to push them to support a bill crafted by House Speaker Nancy Pelosi and congressional Republicans aren’t inclined to wrap themselves any tighter to a sinking ship.

After years of holding their tongues, a few Republicans have started to separate themselves from President Trump and his possible political collapse, focusing on his carelessness with the virus.

McConnell said in Kentucky on Thursday: “I haven’t been to the White House since August the 6th.”

“I personally didn’t feel that they were approaching the protection from this illness in the same way that I thought was appropriate for the Senate [masks and distancing] … I think we’ve shown that … we can function safely.” He said

A Republican consultant was reported as saying : ” This may only be the beginning: There will be a lot of finger points & backstabbing in next several weeks.”

He added “Most Republican consultants fear that the White House is gone — they’re pinning their hopes on the Senate. The last week has only made that clearer. “

More than 200 companies, lobbying groups and foreign governments have given business to President Donald Trump’s resorts and hotels, while gaining benefits from him and his administration, an investigation by the New York Times found.

During Trump’s first two years in office, the Times reported, 60 customers paid Trump’s family owned business about $12 million, and almost all had their interests advanced by the president or the government.

While Trump promised as a presidential candidate in 2016 to “drain the swamp” of Washington influence peddling, the paper said, he has in fact turned his properties into the “Beltway’s new back rooms, where public and private business mix.”

The findings, published on Saturday, are the latest from the New York Times based in part on Trump’s tax data. The Times reported Sept. 27 that Trump has aggressively used tax deductions to offset income and paid only $750 in federal income taxes in 2016 and 2017.