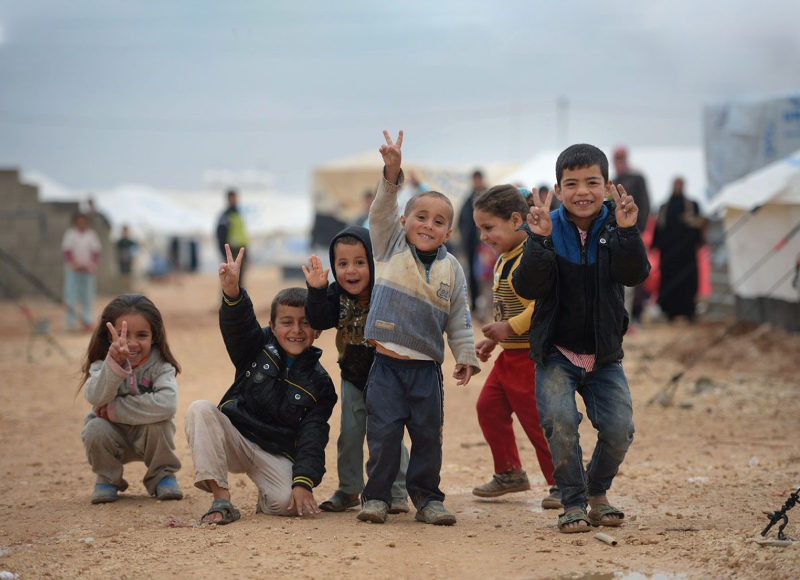 More than half of Syria’s pre-war population is now displaced. According to the United Nations High Commissioner for Refugees (UNHCR), Syrians represent the largest number of forcibly displaced persons in the world. Some 13 million Syrians have been forced to leave their homes since 2011, when the protests against Bashar al-Assad’s regime began. Syrian refugees living in Lebanon express increasing fears that they will be scapegoated or forced to return to Syria by authorities trying to explain away crippling levels of unemployment and overwhelmed social services.
Share:

With an economic crisis, COVID-19 lockdowns and the summer’s Beirut explosion, Syrian refugees living in Lebanon express increasing fears that they will be scapegoated or forced to return to Syria by authorities trying to explain away crippling levels of unemployment and overwhelmed social services.

Some refugees hope to find a new refuge in Canada. Canada is a world leader in refugee resettlement in large part because of its use of private sponsorship programs to encourage citizens and charitable organizations to support the integration of refugees into their communities.

But Canadians looking to help through sponsorship will find that most of these programs require that — in big bold letters — applicants already have refugee status.

Those without status can only submit a refugee claim through one part of Canada’s private sponsorship program. This is through Sponsorship Agreement Holders (SAHs) — organizations that the government of Canada has agreed can help to sponsor refugees from abroad.

Like many living in countries that aren’t signatories to the United Nations Convention Relating to the Status of Refugees, Syrians in Lebanon are very rarely given official refugee status.

At risk of harm

They’re treated instead as something between displaced persons seeking international protection and prima facie refugees — recognized because conditions in their home country are known to put those who have fled at risk of harm.

In a country with more refugees per capita than any other, Lebanese authorities have few incentives to offer Syrians more.

Rather, they avoid integrating Syrians more permanently into Lebanese society in the hopes that Syrians, unlike the Palestinians who came before them, will only stay temporarily.

As an example, aid workers in Lebanon recently showed me where they had been prevented from raising refugee families’ tents out of muddy flood waters by using cement or gravel foundations. This would signal a permanence that authorities were unwilling to give.

The United Nations High Commissioner for Refugees (UNHCR), meanwhile, has mostly adopted Lebanese state language. Syrian “movement” or the Syrian “displaced” are often used in place of Syrian “refugee.” The UNHCR also avoids pushing for status determination for more than the most vulnerable Syrians, choosing not to ruffle too many feathers in order to protect its assistance in Lebanon.

Syrians left out of debate

Yet while scholars and practitioners debate the implications of this almost-a-refugee status on Syrian lives, often choosing pragmatism over advocacy, Syrians are regularly left out of the conversation.

Many do not know, and have not been told, that the registration papers they received from the UNHCR upon entering Lebanon are unlikely to move forward their claims for protected refugee status. Instead, refugees often said to me: “I’m on the list” for resettlement to Canada.

The first and most pressing concern is, therefore, that refugees are disempowered by an international refugee regime that is meant to support them.

Syrians, and refugees more broadly, are interested in protecting and advocating for themselves. But while the UNHCR is responsible for informing Syrians of the process and outcomes of refugee status determination hearings, when there are no hearings, it’s unclear that any such responsibility exists.

Refugees should be provided with the information they need to advocate for themselves.

Second, the complex legal status of many forcibly displaced people complicates potential third-country resettlement, in Canada and in countries building new systems based on its model.

Policy-makers should therefore do more to help refugees stuck in the grey areas, and more of them.

When someone does not have legal status as a refugee — even if they have a strong claim or come from a country where risk of harm is well known — their avenues are few. Previous loosening of restrictions by the Canadian government for Syrians and sponsors are no longer in effect.

Depending on the government of the day, the political party in power and their appetite for accepting refugees in Canada, the number of spots allocated to SAHs varies. But no matter the party in power, SAH wait lists are long and under-resourced.

Must know someone in Canada

What’s more, because few Syrian asylum-seekers will be identified by the UNHCR in Lebanon for status determination and resettlement, only those with a foothold in Canada will have a chance at seeking refuge this way. They need to know someone able to bring their case to an SAH and raise the funds to cover the costs of a first year in Canada.

The need to have this kind of advocate can very quickly reproduce many of the blind spots and inequalities already built into the global refugee system.

As countries around the world develop their own private sponsorship systems or change their approaches to refugee resettlement, they should acknowledge how elusive refugee status can be. Policy-makers should proceed accordingly, increasing global capacities to resettle non-status refugees.