Canada stops arms sales to Turkey. Orders probe over use against Armenia 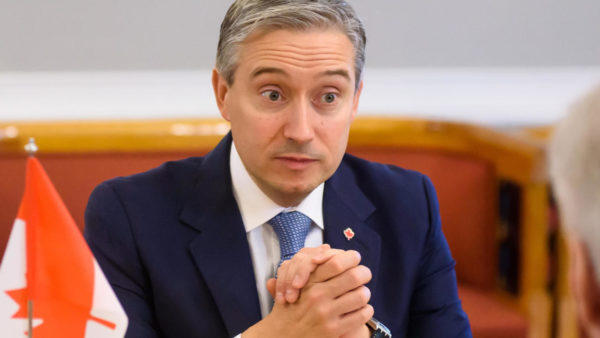 Canada announced Monday the suspension of arms exports to NATO ally Turkey as Ottawa investigates the alleged use of its military technologies in the Armenia-Azerbaijan conflict.

“In line with Canada’s robust export control regime and due to the ongoing hostilities, I have suspended the relevant export permits to Turkey, so as to allow time to further assess the situation,” Foreign Minister Francois-Philippe Champagne said in a statement.

Champagne had ordered an investigation of allegations reported in the local media that Canadian imaging and targeting systems on unmanned drones have been used by Azerbaijan in clashes with Armenia.

Arms-control advocates have documented the sale of the Wescam gear to Turkey, a close ally of Azerbaijan.

Ottawa announced in October 2019 a freeze on the issuing of export permits for military shipments to Turkey, after its incursions against Kurds in northern Syria, but it was lifted in May.

Ankara is backing its longtime ally Baku in the fighting over Nagorno-Karabakh, an ethnic Armenian province that broke away from Azerbaijan in a bitterly fought war in the 1990s.

Armenia and Azerbaijan have been locked in a simmering conflict for decades over the region and new fighting has been the heaviest in decades, with nearly 200 people confirmed killed.

“Canada continues to be concerned by the ongoing conflict in Nagorno-Karabakh resulting in shelling of communities and civilian casualties,” Champagne said.

“We call for measures to be taken immediately to stabilize the situation on the ground and reiterate that there is no alternative to a peaceful, negotiated solution to this conflict.”

Israel has also reportedly been accused of supplying heavy weapons to the Azeris. After being reported by Al Arabiya English last week, Armenia recalled its ambassador to Tel Aviv for consultations over the sale of Israeli weapons to Baku.