‘Will you shut up, man?’: Biden tells Trump for constantly interrupting him in first debate 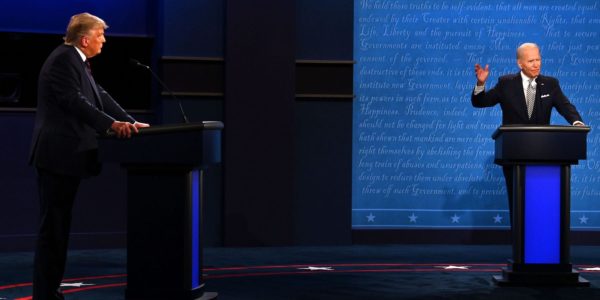 After getting cut off by President Donald Trump repeatedly over the first 20 minutes of Monday night’s debate, Democratic nominee Joe Biden finally had enough.

“Would you shut up, man?” Biden told Trump.

Moderator Chris Wallace eventually had to move on to a new subject with 70 minutes to go, and Biden quipped that not much got done with all of the cross talk to start out.