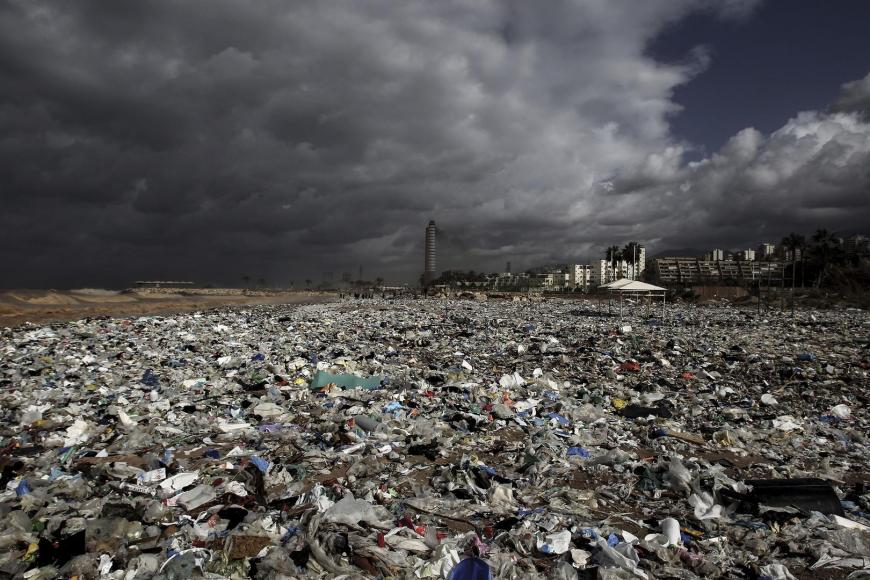 A beach where a heavy winds and strong waves washed ashore piles of garbage in Keserwan, north of Beirut, Lebanon, on 23 January 2018. © 2018 Marwan Naamani/picture-alliance/dpa/AP Images
Share:

Beirut’s port explosion, which killed 212 people and obliterated large parts of the city on August 4, has put additional strains on Lebanon’s already compromised ability to manage its waste.

The rubble and demolition debris alone vastly increased the daily volume of generated waste. Additionally, the blast severely damaged two key sorting, recycling, and composting facilities in Karantina and Bourj Hammoud, as well as waste collection vehicles. A World Bank Group assessment estimates the blast’s damage to the environment sector, including the waste management infrastructure in Beirut, at between US$20 and $25 million.

Meanwhile, and at the worst possible time, the Bourj Hammoud/Jdeideh Landfill – one of two principal landfills servicing Beirut – is scheduled to shut down this month after reaching its maximum capacity.

The problem is not new for Lebanon. Five years ago, garbage piled up and floodedstreets across Beirut after the government closed the Naameh Landfill without identifying an alternate site. The government responded by creating temporary landfills in Bourj Hammoud/Jdeideh and in Costa Brava. Since then, the government has continued to rely – with limited success – on similar stopgap measures. Last year, garbage piled up on streets in northern Lebanon after an unregulated dumpsite was closed without an environmentally sound alternative. Earlier this summer, garbage again filled the streets of Beirut and surrounding areas.

Lebanese President Michel Aoun held a meeting on September 21 with caretaker Prime Minister Hassan Diab and Environment Minister Damianos Kattar to address the crisis. According to LBCI, a local television channel, one of the proposed measures is to again expand the Bourj Hammoud/Jdeideh landfill and temporarily extend its life expectancy.

The costs of inaction in addressing Lebanon’s trash crisis are huge. Lebanon spends almost 10 times more on its waste sector than Jordan and Tunisia, but still fails to manage its garbage, thereby interfering with people’s right to health and a healthy environment.

Lebanon’s next government, whenever it is formed, will have a lot on its plate. To avoid another trash crisis, it should urgently adopt an integrated approach to solid waste management that decreases reliance on landfills and prioritizes the health of residents. It is time that authorities solve this crisis once and for all.