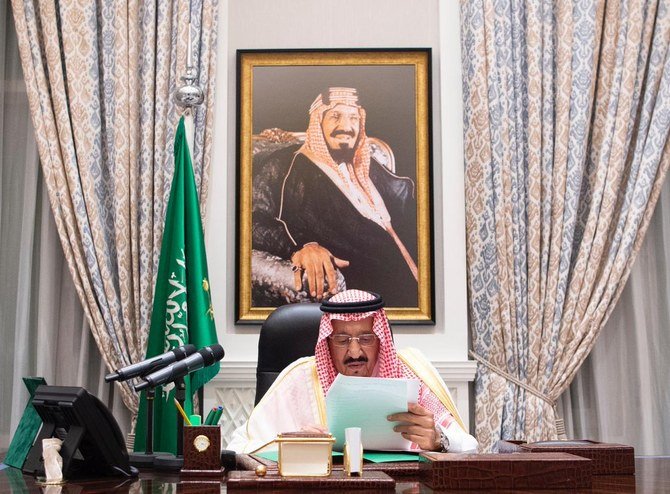 He accused the Iran-backed Hezbollah group in Lebanon of sowing the political disarray that has been ultimately blamed for the devastating explosion at Beirut’s port last month.

The Beirut port blast occurred as a result of Hezbollah’s “hegemony” over the decision-making process in Lebanon by force of arms, he told world leaders at the 75th United Nations General Assembly session, which is being held virtually for the first time.

King Salman also said Hezbollah , which is considered as terrorist organization by the US and several Arab and European countries has disrupted the constitutional state of Lebanon and vowed that the Kingdom would stand with the Lebanese people, particularly after the explosion.

Reading from a piece of paper and seated at a desk under a large portrait of his father, King Abdulaziz, the monarch reiterated the sacred role of Islam in Saudi Arabia, which Muslims believe was revealed to the Prophet Muhammad more than 1,400 years ago in the mountainous caves of Mecca.

He touted the kingdom’s role as president of the G-20 this year, and the billions of dollars in humanitarian aid Saudi Arabia gave to countries around the world in past decades.

He refrained from criticizing the recent deals struck by the United Arab Emirates and Bahrain to establish ties with Israel, but stressed the kingdom remains committed to the Arab Peace Initiative that offers Israel full ties with Arab states in exchange for concessions that lead to a Palestinian state. He also said Saudi Arabia welcomes U.S. efforts at resolving the crisis.

He said the Middle East has been suffering from major political and security challenges, blaming Iran for much of the region’s instability.

He said Saudi Arabia has tried to extend its hand over the years to Iran, “but to no avail.” He blamed Iran for targeting Saudi oil facilities last year, saying: “It demonstrated that this regime has total disregard for the stability of the global economy or stability of oil supplies to international markets.”

The 84-year-old monarch’s remarks make him only the second Saudi king to deliver a speech to the world assembly. The only other Saudi monarch to do so was his late brother, King Saud, in 1957 at the U.N. headquarters in New York.

The rule of King Salman, who ascended to the throne in early 2015, has been marked by sweeping domestic reforms and heightened regional tensions with rival, Iran. He has also elevated from near obscurity and emboldened his favored 35-year-old son, Crown Prince Mohammed bin Salman, and handed him day-to-day decision making powers over the world’s largest oil exporter.