Aoun calls for help in sending the Syrian refugees back home 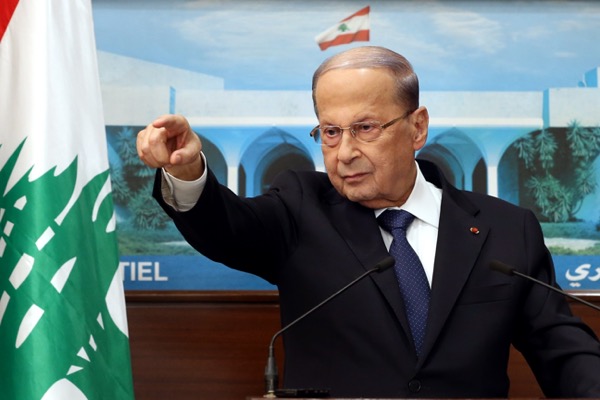 Lebanese President Michel Aoun called on the international community to help Lebanon in facilitating the return of Syrian refugees back to their country
Share:

BEIRUT – : Lebanon President Michel Aoun called on the international community to help the Lebanese government in facilitating the return of Syrian refugees back to their country

“I call on the world community to help us secure the safe return of Syrian refugees to their country, because Lebanon is lamenting from the brunt of unprecedented crises that are weighing on its shoulders, we cannot continue to host the biggest per capita number of refugees in the world ,” Aoun said during a speech on Monday night on the occasion of the 75th anniversary of the establishment of the United Nations.

As many as 1.5 million Syrian refugees are reportedly in Lebanon, having fled the war next door. The country is currently in the middle of an unprecedented economic and social crisis, with mounting public debt and rising poverty levels.

“Lebanon, in the middle of the many crises afflicted upon it found in the UN an element of support for stability through the UNIFIL forces, and a partner for development through its agencies working in my country,” Aoun said in reference to UN help following the August 4th explosion that rocked the capital , killed about 200 people injured and sent 300, 000 homeless .

Lebanon , one of the 50 founding members of the UN in 1945 participated in the drafting of the Universal Declaration of Human Rights In 1948.

In addition to Syrian refugees Lebanon has about 400,000 Palestinian refugees who have not been able to return to their homeland following its occupation by Israel