“Time to move Trump out and elect Biden “: Scientific American said in its 1st-ever presidential endorsement 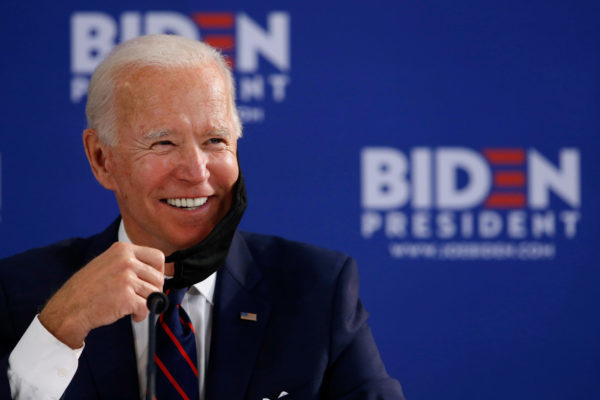 Sept. 15 (UPI) — For the first time in Scientific American’s 175-year history, the popular science magazine has made an endorsement for president, urging its readers Tuesday to vote for former Vice President Joe Biden.

In an editorial published online, the popular science magazine said it is endorsing Biden, the Democratic nominee, for president as he offers “fact-based plans to protect our health, our economy and the environment,” among other proposals.

“We do not do this lightly,” it said.

The editorial, which will also be published in the magazine’s October issue, said the magazine was compelled this year to endorse Biden as President Donald Trump, who is running for re-election as the Republican nominee, “has badly damaged the U.S. and its people” through his alleged rejection of evidence and science.

The magazine rails against Trump in the editorial, calling his response to the coronavirus pandemic, which has killed more than 190,000 Americans, “inept and dishonest” and that his rejection of evidence and public health measures have been “catastrophic” for the nation, blaming his actions for accelerating the spread of the virus.

“His lies encouraged people to engage in risky behavior, spreading the virus further, and have driven wedges between Americans who take the threat seriously and those who believe Trump’s falsehoods,” the editorial said.

“Trump’s reaction to American’s worst public health crisis in a century has been to say ‘I don’t take responsibility at all,'” the magazine added, quoting the president responding to a reporter’s question in March. “Instead, he blamed other countries and his White House predecessor, who left the office three years before the pandemic began.”

Tim Murtaugh, Trump 2020 communications director, defended the president from the accusations in a statement, saying he has listened to medical experts in the fight against the coronavirus.

“The experts agree that the restriction on travel from China saved thousands of American lives,” he said, referring to the restrictions on travel to and from the Asian country Trump imposed early on during the pandemic.

Concerning Biden, the editorial said in comparison to Trump he is prepared with plans to control COVID-19, improve health care, reduce carbon emissions and restore the role of science in policymaking.

“He solicits expertise and has turned that knowledge into solid policy proposals,” it said.

The magazine states it is unclear how many of his ambitious goals he’ll be able to accomplish as much depends upon Congress but that Biden is aware of the importance of to heed science in the recovery from the ongoing crisis.

“Although Trump and his allies have tried to create obstacles that prevent people from casting ballots safely in November, either by mail or in person, it is crucial that we surmount them and vote,” it concludes. “It’s time to move Trump out and elect Biden.”