ANALYSIS: Lebanon and the Middle East events from 2012 to 2020-Video 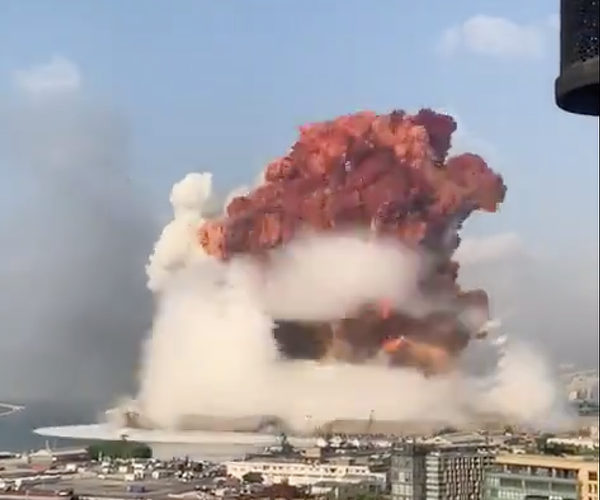 Our own investigation of the August 4 blast led us to this unique analysis of the events that led to to this disastrous explosion of about 2750 Metric tons of ammonium nitrate  that was stored at the port of the city of Beirut, the capital of Lebanon, since 2013 .

At least 190 people killed , 6,500 injured , about US$ 15 billion in property damage, and an estimated 300,000 people homeless.   It has been stored in a warehouse for seven years without proper safety measures , after having been confiscated by the Lebanese authorities from the abandoned ship MV Rhosus. The explosion was preceded by a fire in the same warehouse, which in addition to the ammonium nitrate it contained other confiscated products such as fireworks. As of September 15,  2020, the exact cause of the detonation is still unknown and under investigation.

According to experts the shelf life of this product is 6 months . It looks like table salt , but after 6 months it starts solidifying and becomes more explosive

The president and prime minister knew 2 weeks before the explosion about the presence of the explosive grade chemical but nothing was done about it . President Michel Aoun claimed he did not have authority over the port and refused to take responsibility for it . PM Hassan Diab was reportedly told by an army officer that the chemical was a fertilizer and opted to ignore the whole thing.

We urge our readers to listen to the entire recording, keeping in mind that this is a personal analysis based on public information . There is nothing new . All the author did he connected the dots in a way that could make a lot of sense to some but to others it may be considered another conspiracy theory.

I look forward to reading your comments.