Minority report: The Jews of Lebanon 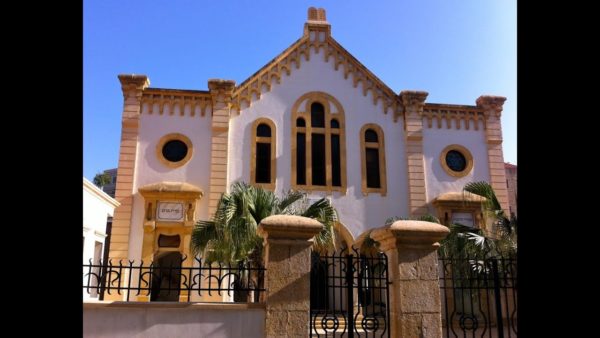 As the world pours out its love for Beirut after the port explosion on Aug. 4, Lebanese Jews know all too well what it means to have fallen in love with the country once upon a time. To have cried again and again over its never-ending calamities. After a sad departure, Lebanese Jews have done what every Lebanese in exile does: Safeguarding the memory of that “lost paradise” by creating a “Little Lebanon” wherever they go.

Here is a story of a community that is forgotten by the mother country; a country so close, yet so far away…

In 2014, when the Magen Abraham Synagogue reopened in Beirut, Lebanese politicians from across the spectrum were present, bathed in the glare of TV cameras. They all reiterated their support for a community they said they cherished as much as the other 17 sects that make up the Lebanese government.

Former prime minister Fouad Siniora declared: “We respect Judaism. Our only problem is with Israel.”

Even Hezbollah chief Hassan Nasrallah weighed in: “This is a religious place of worship and its restoration is welcome.”

On the outside, it looked as if the stage was set for the return of the Jewish community into Lebanon’s public life. The renovation of the Magen Abraham was nothing short of an open door for Lebanese Jews to come back. But the pomp of the opening ceremony did nothing to halt the decline of this community.

In the 1950s and 1960s there were 16 synagogues in Lebanon, and they were always full. The only place in the Arab world where the number of Jews increased after 1948 was Lebanon. But the 1967 war and the gruesome civil war that followed gradually drove Lebanese Jews away.

Today, there are 29 Jews left in Lebanon. The story has it that a Jewish woman from Beirut who was keen to meet other Jews heard of a coreligionist living in the town of Zahle, 50km east of the capital. She went there and searched for her. It was difficult as the woman had changed her name, something many Jews have done for safety reasons. But when she finally found her, the Zahle woman met her with a glacial stare. She spoke one word: Leave. The woman was obviously scared of the attention her visitor might awaken.

Those who are still there preserve a total silence about their identity. They gather secretly in each other’s houses for their prayers. And yet Lebanese Jews, unlike other Arab Jews, left their original country feeling sad. They did not want to leave Lebanon. They left because they were caught in the crossfire, just like the other Lebanese.

Their silence has plunged them into almost total oblivion. So much so that when Lebanese Jews in New York run into visitors from Lebanon at some Brooklyn restaurant or park, the visitors are shocked to hear even the term “Lebanese Jew.”

This community has not forgotten Lebanon. Far from it. Walk, for example, around Gravesend, Brooklyn, and see how they have established a Lebanon there that they carried within them when they left: bakeries, stores, synagogues where the Lebanese dialect is spoken fluently.

Walk into their homes and you recognize the smell of thyme and unmistakable Lebanese spices. Talk to them, and they will tell you about that old idyllic image of Lebanon that every Lebanese grew up with but has now forgotten. The myth of Lebanon remains alive only in the consciousness of the Lebanese Jews: That Lebanon which was once described as the pearl of the Middle East. For the Jews, Lebanon’s reputation was earned because of the kindness of its people and their hospitality. That is where “paradise” (as they call Lebanon) really resides.

Before the blast that shook Beirut, Arab News searched for members of the Lebanese Jewish community in the diaspora and listened to many of their hitherto untold stories.

This coincides with the upcoming publication of a book by historian Nagi Zeidan that for the first time documents the presence of every Jewish family that lived in Lebanon. The 25-year journey that this historian undertook can be said to be the story of the rise and fall of a prejudice. He tells us how he began by subscribing to the anti-Semitic rhetoric propagated by the Syrian Social Nationalist Party, and how circumstances, in addition to a maturity on his behalf that pushed him to ask questions, have led him to a great love for this community.

“They taught us honesty and trust. You know how valuable that is in a country like ours,” said Zeidan. He has shared his story with Arab News about what it was like to devote his life to tracking down the Jewish community members, one by one, and listen to their stories.