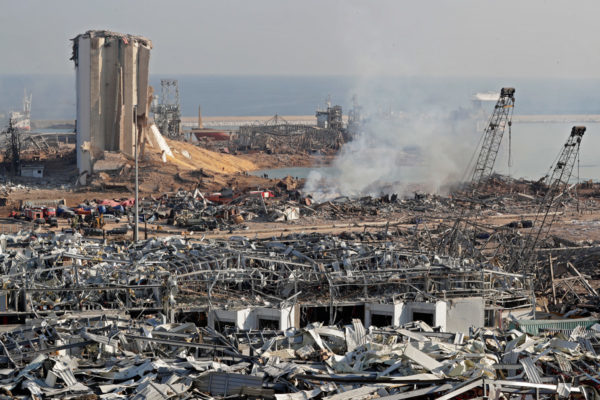 United Nations Special Coordinator for Lebanon called for a “credible” investigation and accountability of the colossal Beirut port explosion .

“Only credible and transparent investigation, complete accountability and full justice can prevent repetitions of such tragedy, such crime,” said Kubis in a tweet.

President Michel Aoun who rejected an international investigation pledged a swift and transparent investigation: “My promise to all the pained Lebanese is that I will not rest until all the facts are known.”

“With pain in our hearts we remember the victims of the devastating Beirut blast, forty days after ” said Kubis in a tweet as he marked 40 days since the explosion

The August 4 explosion of thousands of tons of ammonium nitrate fertilizer left unsupervised in a port warehouse for years, flattened large parts of the capital, killed at least 190 people, injured thousands and left more than 300,000 homeless.

Lebanese marched Saturday on the presidential palace to denounce a lack of progress in a probe by authorities into the monster blast that ravaged swathes of the capital 40 days ago.

Twenty-five suspects are in custody over the tragedy

Saturday’s march set off from the justice palace in Beirut to the hillside presidential palace, where there were also hundreds of supporters of President Michel Aoun and heavy army deployment.

“It is not possible that no one has been put on trial after an explosion like the one that happened on August 4,” anti-government protester Layal Tohme said.

“The country is collapsing,” she added.

Carla Moukahal, a critic of Aoun, said the president must step down.

“I came here to bring down this corrupt political system. We want to oust Michel Aoun. Enough is enough,” said the 19-year-old.

A protest movement that erupted in October last year has been revived since the blast, which rekindled smouldering rage against official neglect and a political class accused of corruption.

No high-ranking political official has been arrested as part of the probe.