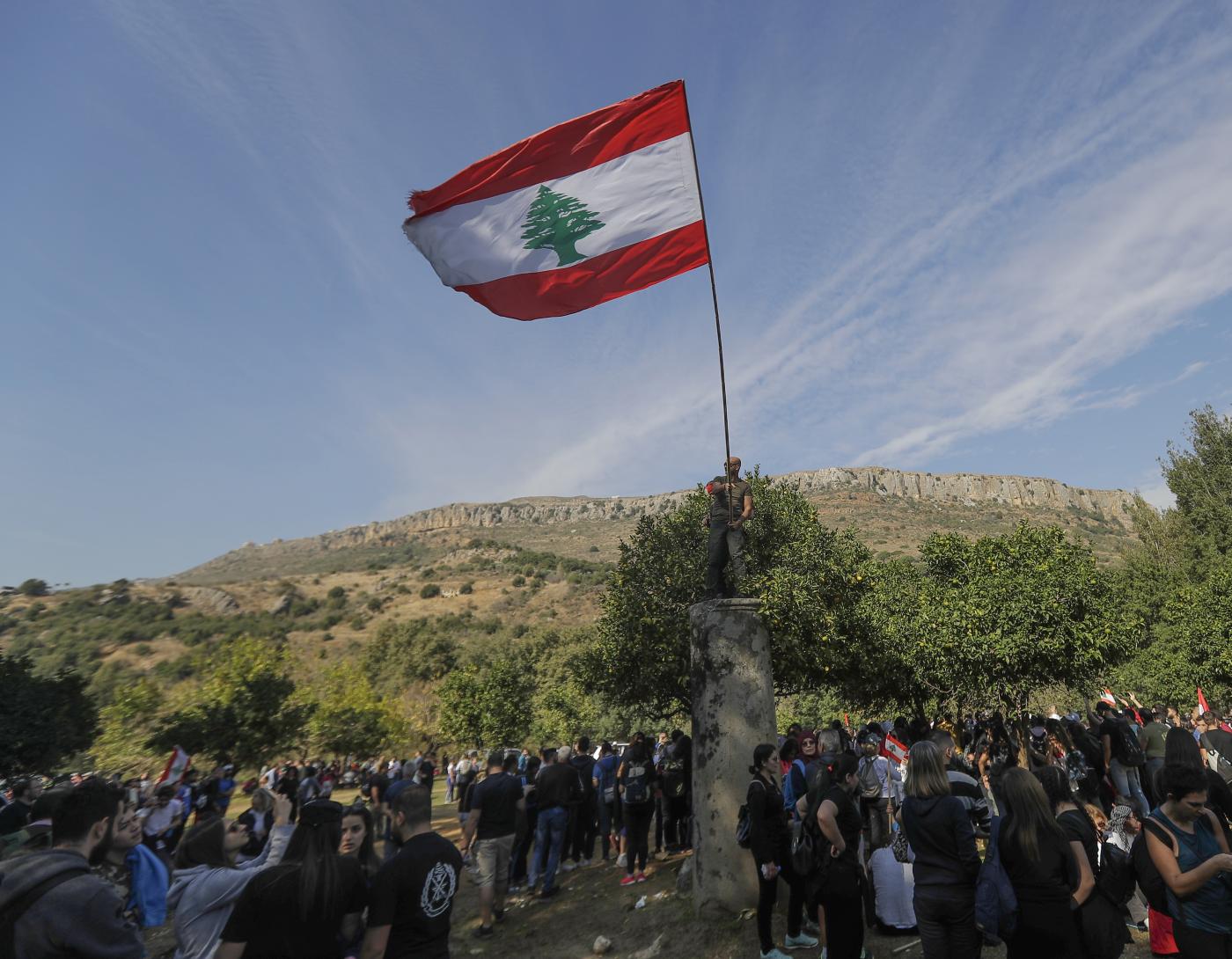 File photo : Anti Bisri dam campaigners raise a Lebanese flag during a protest against the construction of a dam in Bisri Valley, on 22 November 2019 (AFP)
Share:

The World Bank on Friday said it was canceling a loan to fund a dam in Lebanon that environmentalists claimed could destroy a valley rich in biodiversity.

The Bisri Dam was partially suspended in June after the Washington-based development lender said it raised concerns about the project’s implementation, and given the government of Lebanon until September 4 to finalize key agreements related to operations and maintenance as well as the environment.

In a statement, the World Bank said it had notified the government that it was withdrawing its financing “due to non-completion of the tasks that are preconditions to the commencement of construction.”

“The canceled portion of the loan is $244 million and the cancelation is effective immediately,” the bank said.

Located in a valley 30 kilometres (20 miles) south of the capital, the dam aims to supply drinking water as well as irrigation for 1.6 million residents.

Environmentalists and some farmers disputed assurances from the government and World Bank that the dam to be built on a seismic fault line does not increase the risk of earthquakes.