Trump: Americans who died in war are ‘losers’ and ‘suckers’ 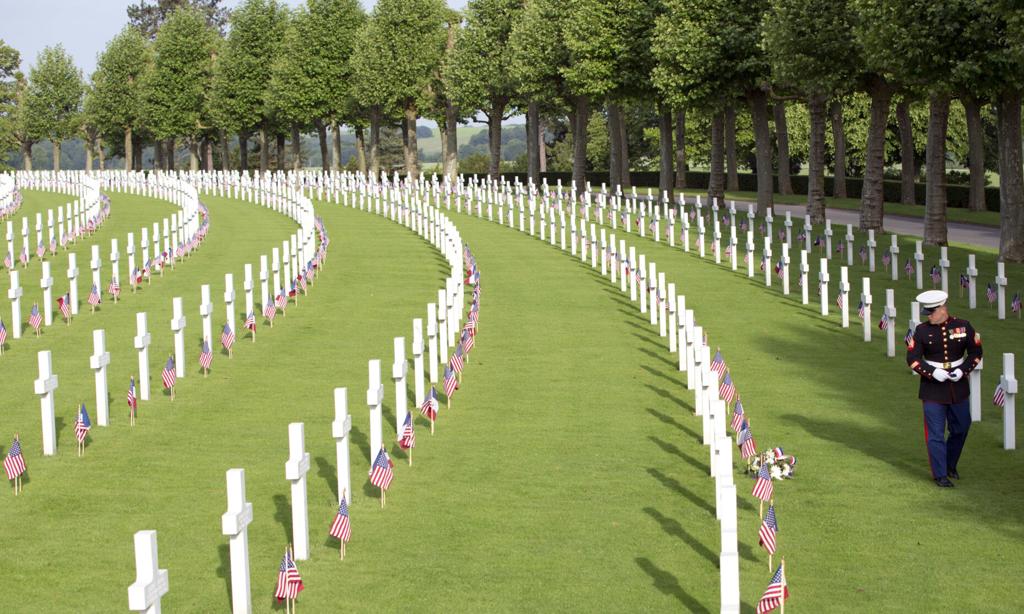 Aisne-Marne American Cemetery near Paris. When President Donald Trump canceled a visit to the this American Cemetery in 2018, he blamed rain for the last-minute decision, saying that “the helicopter couldn’t fly” and that the Secret Service wouldn’t drive him there. Neither claim was true.
Share:

The president has repeatedly disparaged the intelligence of service members, and asked that wounded veterans be kept out of military parades, multiple sources tell The Atlantic.

When President Donald Trump canceled a visit to the Aisne-Marne American Cemetery near Paris in 2018, he blamed rain for the last-minute decision, saying that “the helicopter couldn’t fly” and that the Secret Service wouldn’t drive him there. Neither claim was true.

Trump rejected the idea of the visit because he feared his hair would become disheveled in the rain, and because he did not believe it important to honor American war dead, according to four people with firsthand knowledge of the discussion that day. In a conversation with senior staff members on the morning of the scheduled visit, Trump said, “Why should I go to that cemetery? It’s filled with losers.” In a separate conversation on the same trip, Trump referred to the more than 1,800 marines who lost their lives at Belleau Wood as “suckers” for getting killed.

Belleau Wood is a consequential battle in American history, and the ground on which it was fought is venerated by the Marine Corps. America and its allies stopped the German advance toward Paris there in the spring of 1918. But Trump, on that same trip, asked aides, “Who were the good guys in this war?” He also said that he didn’t understand why the United States would intervene on the side of the Allies.

Trump’s understanding of concepts such as patriotism, service, and sacrifice has interested me since he expressed contempt for the war record of the late Senator John McCain, who spent more than five years as a prisoner of the North Vietnamese. “He’s not a war hero,” Trump said in 2015 while running for the Republican nomination for president. “I like people who weren’t captured.”

There was no precedent in American politics for the expression of this sort of contempt, but the performatively patriotic Trump did no damage to his candidacy by attacking McCain in this manner. Nor did he set his campaign back by attacking the parents of Humayun Khan, an Army captain who was killed in Iraq in 2004.

Trump remained fixated on McCain, one of the few prominent Republicans to continue criticizing him after he won the nomination. When McCain died, in August 2018, Trump told his senior staff, according to three sources with direct knowledge of this event, “We’re not going to support that loser’s funeral,” and he became furious, according to witnesses, when he saw flags lowered to half-staff. “What the fuck are we doing that for? Guy was a fucking loser,” the president told aides.

Trump was not invited to McCain’s funeral. (These sources, and others quoted in this article, spoke on condition of anonymity. The White House did not return earlier calls for comment, but Alyssa Farah, a White House spokesperson, emailed me this statement shortly after this story was posted: “This report is false. President Trump holds the military in the highest regard. He’s demonstrated his commitment to them at every turn: delivering on his promise to give our troops a much needed pay raise, increasing military spending, signing critical veterans reforms, and supporting military spouses. This has no basis in fact.”)

Read Jeff Goldberg’s article in The Atlantic. How could anyone support Trump? pic.twitter.com/xqfnklmCBq

Trump’s understanding of heroism has not evolved since he became president. According to sources with knowledge of the president’s views, he seems to genuinely not understand why Americans treat former prisoners of war with respect. Nor does he understand why pilots who are shot down in combat are honored by the military. On at least two occasions since becoming president, according to three sources with direct knowledge of his views, Trump referred to former President George H. W. Bush as a “loser” for being shot down by the Japanese as a Navy pilot in World War II. (Bush escaped capture, but eight other men shot down during the same mission were caught, tortured, and executed by Japanese soldiers.)

When lashing out at critics, Trump often reaches for illogical and corrosive insults, and members of the Bush family have publicly opposed him. But his cynicism about service and heroism extends even to the World War I dead buried outside Paris—people who were killed more than a quarter century before he was born. Trump finds the notion of military service difficult to understand, and the idea of volunteering to serve especially incomprehensible. (The president did not serve in the military; he received a medical deferment from the draft during the Vietnam War because of the alleged presence of bone spurs in his feet. In the 1990s, Trump said his efforts to avoid contracting sexually transmitted diseases constituted his “personal Vietnam.”)

On Memorial Day 2017, Trump visited Arlington National Cemetery, a short drive from the White House. He was accompanied on this visit by John Kelly, who was then the secretary of homeland security, and who would, a short time later, be named the White House chief of staff. The two men were set to visit Section 60, the 14-acre area of the cemetery that is the burial ground for those killed in America’s most recent wars. Kelly’s son Robert is buried in Section 60. A first lieutenant in the Marine Corps, Robert Kelly was killed in 2010 in Afghanistan. He was 29. Trump was meant, on this visit, to join John Kelly in paying respects at his son’s grave, and to comfort the families of other fallen service members. But according to sources with knowledge of this visit, Trump, while standing by Robert Kelly’s grave, turned directly to his father and said, “I don’t get it. What was in it for them?” Kelly (who declined to comment for this story) initially believed, people close to him said, that Trump was making a ham-handed reference to the selflessness of America’s all-volunteer force. But later he came to realize that Trump simply does not understand non-transactional life choices.

“He can’t fathom the idea of doing something for someone other than himself,” one of Kelly’s friends, a retired four-star general, told me. “He just thinks that anyone who does anything when there’s no direct personal gain to be had is a sucker. There’s no money in serving the nation.” Kelly’s friend went on to say, “Trump can’t imagine anyone else’s pain. That’s why he would say this to the father of a fallen marine on Memorial Day in the cemetery where he’s buried.”

I’ve asked numerous general officers over the past year for their analysis of Trump’s seeming contempt for military service. They offer a number of explanations. Some of his cynicism is rooted in frustration, they say. Trump, unlike previous presidents, tends to believe that the military, like other departments of the federal government, is beholden only to him, and not the Constitution. Many senior officers have expressed worry about Trump’s understanding of the rules governing the use of the armed forces. This issue came to a head in early June, during demonstrations in Washington, D.C., in response to police killings of Black people. James Mattis, the retired Marine general and former secretary of defense, lambasted Trump at the time for ordering law-enforcement officers to forcibly clear protesters from Lafayette Square, and for using soldiers as props: “When I joined the military, some 50 years ago, I swore an oath to support and defend the Constitution,” Mattis wrote. “Never did I dream that troops taking that same oath would be ordered under any circumstance to violate the Constitutional rights of their fellow citizens—much less to provide a bizarre photo op for the elected commander-in-chief, with military leadership standing alongside.”

Another explanation is more quotidian, and aligns with a broader understanding of Trump’s material-focused worldview. The president believes that nothing is worth doing without the promise of monetary payback, and that talented people who don’t pursue riches are “losers.” (According to eyewitnesses, after a White House briefing given by the then-chairman of the Joint Chiefs of Staff, General Joe Dunford, Trump turned to aides and said, “That guy is smart. Why did he join the military?”)

Yet another, related, explanation concerns what appears to be Trump’s pathological fear of appearing to look like a “sucker” himself. His capacious definition of sucker includes those who lose their lives in service to their country, as well as those who are taken prisoner, or are wounded in battle. “He has a lot of fear,” one officer with firsthand knowledge of Trump’s views said. “He doesn’t see the heroism in fighting.” Several observers told me that Trump is deeply anxious about dying or being disfigured, and this worry manifests itself as disgust for those who have suffered. Trump recently claimed that he has received the bodies of slain service members “many, many” times, but in fact he has traveled to Dover Air Force Base, the transfer point for the remains of fallen service members, only four times since becoming president. In another incident, Trump falsely claimed that he had called “virtually all” of the families of service members who had died during his term, then began rush-shipping condolence letters when families said the president was not telling the truth.

Trump has been, for the duration of his presidency, fixated on staging military parades, but only of a certain sort. In a 2018 White House planning meeting for such an event, Trump asked his staff not to include wounded veterans, on grounds that spectators would feel uncomfortable in the presence of amputees. “Nobody wants to see that,” he said.