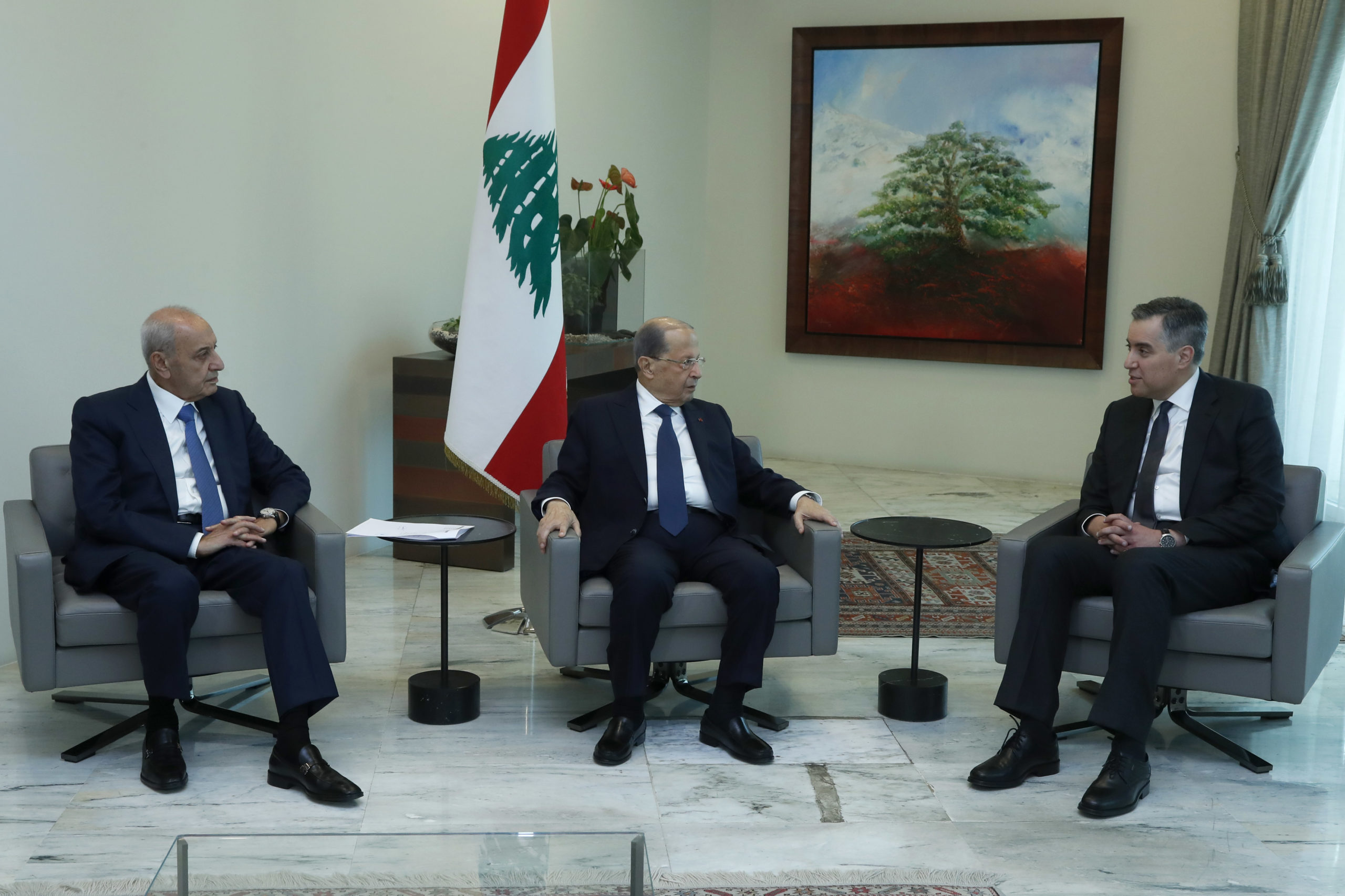 PM Designate Mustapha Adib (R) with Speaker Nabih Berri ( L) shown meeting with president Michel Aoun at Baabda palace . Adib and Aoun reportedly already clashed over the size and type of upcoming cabinet . While Adib wants a lean and mean cabinet of independent experts who will be able to gain the confidence and trust of the people of Lebanon and the International community , Aoun, according to analysts is showing he has learnt nothing from past experiences and insisting on an expanded cabinet of political appointees , similar to the failed cabinet of outgoing PM Hassan Diab
Share:

Unlocking any international aid that is earmarked to be delivered to the Lebanese authorities will be an extremely hard task for the new government once it is appointed, May Chidiac, former Lebanese minister of state for administrative development, told Sputnik in an interview

GENOA – Unlocking any international aid that is earmarked to be delivered to the Lebanese authorities will be an extremely hard task for the new government once it is appointed, May Chidiac, former Lebanese minister of state for administrative development, told Sputnik in an interview.

Following the massive August 4 blast at Beirut‘s port that left at least 190 people dead, US Under Secretary for Political Affairs, David Hale, said during a visit to the Lebanese capital that Washington will condition its long-term assistance to Lebanon on the government‘s capability to implement overdue economic reforms.

In a joint communique published in August, the European Union‘s foreign ministers also reiterated the need for a capable, representative, and accountable Lebanese government that delivers reforms, urgently addresses the economic and social crisis, and is committed to rebuilding trust through an agreement with the International Monetary Fund.

“In terms of international financial aid, Lebanon is currently in a precarious position. It is receiving insurmountable amounts of international humanitarian aid, none of which is being transferred through the Lebanese government,” Chidiac said.

She noted that during the virtual donor conference organized by French President Emmanuel Macron and the UN soon after the blast, which managed to raise around $300 million, Macron specifically said that aid must go directly to where it is needed.

Moreover, the United Kingdom and Germany, among others, also vowed to bypass the state in sending humanitarian aid.

Lebanon’s previous cabinet resigned in the wake of the blast, although President Michel Aoun has refused to step down. On Monday, he appointed the country’s ambassador to Germany, Mustapha Adib, as the new prime minister and tasked him with forming a new government.

“Unlike his predecessor Hassan Diab, the newly designated prime minister Mustapha Adib has a three-month deadline. Just forming the cabinet usually takes weeks of political negotiation, thus many are skeptical about the political will and the timeframe. Unlocking international aid will prove to be a massive undertaking, and without popular and international support, the task might prove to be daunting, if not impossible,” Chidiac said.

The United States has previously threatened to levy sanctions on Lebanon due to the influence of the Hezbollah movement. Chidiac said that these threats may prompt the new government to take responsibility at a time when the country’s population is calling on political leaders to be accountable.

“The threat of sanctions may motivate the new cabinet to assume responsibility, however, past threats have not stopped the rampant political dysfunction and corruption. Whether it is to buy time for regional or international concerns or to wait for street fervor to wane, what is definitely clear is that the Lebanese people are fatigued by constant misery and are demanding accountability,” she continued.

Lebanon was in the midst of a political and economic crisis even before the COVID-19 pandemic. The August 4 blast has prompted further protests on the streets of Beirut and other cities.