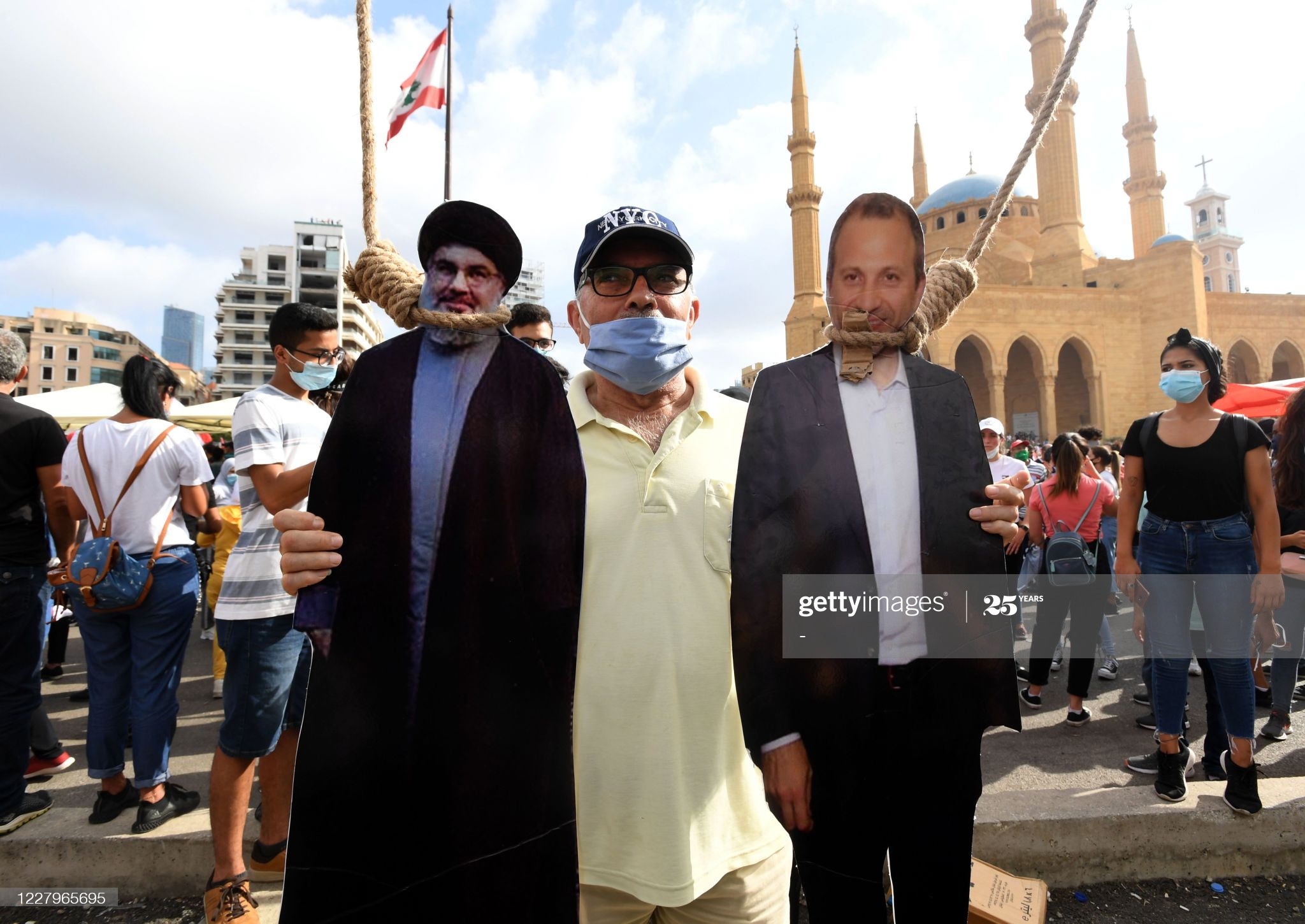 A man poses for a picture with a cardboard cut-out of Hassan Nasrallah (L), the head of Lebanon’s Shiite Muslim movement Hezbollah, and former Foreign Minister Gibran Bassil hung by Lebanese protesters in downtown Beirut on August 8, 2020, during a demonstration against a political leadership they blame for a monster explosion that killed more than 200 people and disfigured the capital Beirut. (Photo by – / AFP) (Photo by -/AFP via Getty Images)
Share:

US Secretary of State Mike Pompeo said Wednesday that any new Lebanese government must pursue fundamental reforms to benefit the Lebanese people and regional security.

“Business as usual in Lebanon just is unacceptable,” Pompeo told reporters after an August 4 blast at the port in the capital Beirut killed at least 190 people, pilloried the country’s economy and brought down the government.

“This has to be a government that conducts significant reforms,” Pompeo continued.

He said the United States and France, whose president Emanuel Macron was in Beirut Tuesday for consultations, shared “the same objective” for Lebanon.

“Real change is what the people of Lebanon are demanding, and the United States is going to use its diplomatic presence and its diplomatic capabilities to make sure that we get that outcome,” he said.

“I think the French share that, I think the whole world frankly sees the risk.”

Pompeo said the principal challenge is the power of the armed political party Hezbollah, which the US considers a terror group.

On Sunday Hezbollah chief Hassan Nasrallah said his powerful Iran-backed Shiite movement is “open” to a French proposal for a new political pact for Lebanon.

During his visit, Macron said Lebanese political leaders had agreed on a reform road map involving a government being put together within two weeks, following last month’s devastating blast.

The last government resigned in the face of public anger over the explosion, which also wounded thousands and laid waste to entire districts of the capital.

Lebanon’s prime minister designate Mustapha Adib has pledged to form a ‘government of experts’ to drive desperately needed reforms in the disaster-hit and economically ailing country.