Lebanon new PM visits blast-hit Beirut district. Was it a publicity stunt ? People not sure 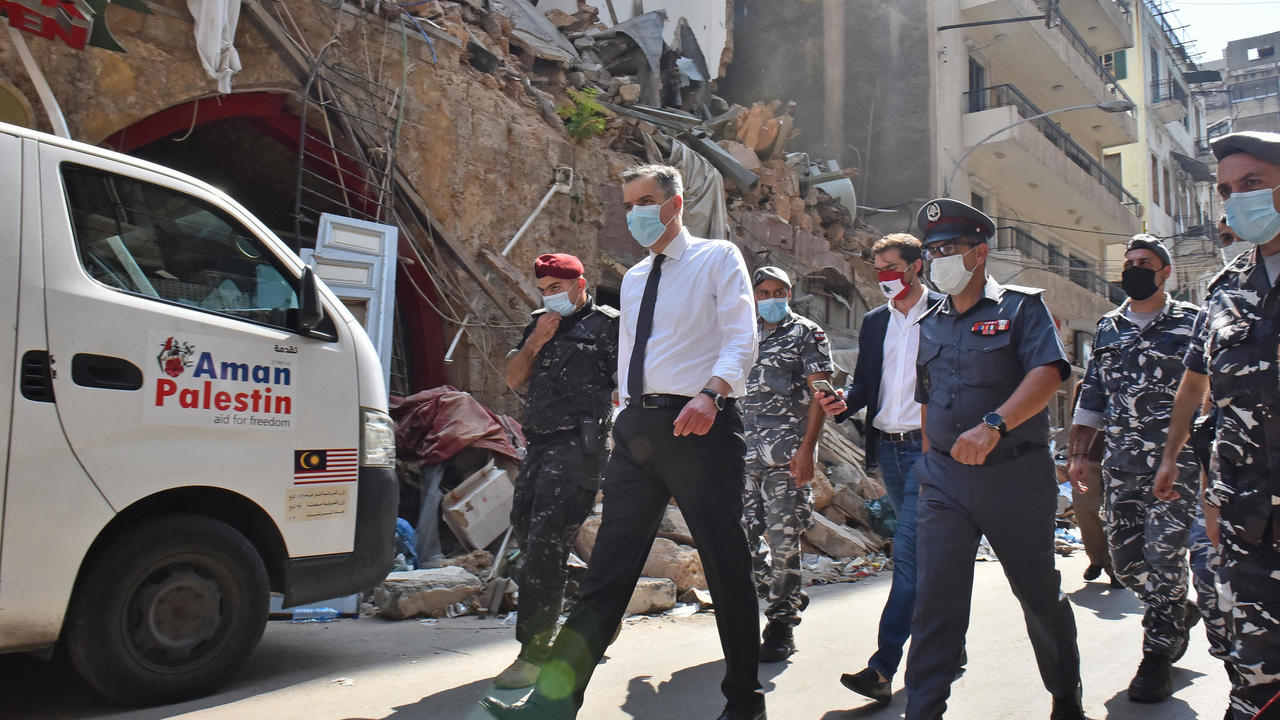 In a country traumatised by the massive August 4 explosion and worn down by political turmoil and economic pain, the brief encounter between the new leader and the people signalled the difficulties ahead for Adib.

In the capital’s blast-ravaged Gemmayzeh neighbourhood, most residents did not immediately recognise the man in a pressed white shirt and dark tie who had come down to greet and comfort them.ADVERTISING

But they soon realised their clean-cut visitor, a former diplomat sporting neatly trimmed grey hair and surrounded by a small entourage, was none other than their brand new prime minister.

“Who’s that? A Canadian minister?” one security guard asked as Lebanon’s 48-year-old former ambassador to Germany walked past, before it dawned on him: “Is it Adib?”

Strolling along a road flanked by gutted and half-collapsed buildings, Adib was the first top Lebanese politician to visit the devastated district since the massive blast at the nearby port.

His surprise walk came over three weeks after French President Emmanuel Macron had been cheered by crowds there.

The French leader drew angry crowds who blamed official neglect and corruption for the blast that killed at least 188 people, wounded thousands and wrecked homes and businesses in much of the city.

Almost a month after Lebanon’s greatest peacetime disaster, it was Adib’s turn.

The incoming premier entered a grocery shop, a butcher’s and a laundromat. He shook hands with the owner of a restaurant.

The windows of many buildings he passed had been blown to smithereens in the explosion. Someone asked for a picture with Adib, others whipped out their mobile phones for a memento.

On either side of the road, volunteers were still busy after spending weeks carting off rubble and bringing food and water to the most needy, filling in for a largely absent state.

Adib approached a stand making Lebanese flat breads and was handed one covered in dried oregano and sesame seeds.

A few steps away, he greeted another group of volunteers mapping out the blighted neighbourhood.

“Who was that?” one asked after Adib left.

After learning who had just walked by, another quipped: “Tell him we’ve finished all the hard work. It’s too late.”

But Adib pressed on, rolling up his sleeves.

“I will do everything in my capacity” to help, he told a passerby, speaking through a pale blue surgical mask to protect him against the coronavirus.

“I came immediately. Nobody knows about it. I came to say I want your trust,” he said.

“I am one of you. We must work together.”

After the prime minister visited his shop, butcher Tony Kiyame said: “It’s positive. He’s the first to come down to see people and speak to them.

“But we need action, not words.”

Nearby, pharmacist Paul Sakr was not remotely impressed.

“For a whole month, we saw no one,” said the man who has lived in the area for 35 years. “Now he’s been named, and he’s down here for a publicity stunt.”

Outside the damaged headquarters of the state electricity company — a symbol of official waste and the state’s inability to fix power cuts in three decades since the civil war — tension mounted.

“Revolution, revolution,” volunteers cried out in unison, in front of the huge concrete carcass with shattered windows.

“Free revolutionaries, we will continue on our path,” they sang, in a typical chant of the cross-sectarian street movement that has denounced Lebanon’s political class for almost a year.

A woman approached Adib and cried: “We don’t want you. Our children are dead.”

As Lebanon’s incoming prime minister stepped back into a black Mercedes, one activist slammed a hand down on the boot and another kicked its door, before the vehicle slowly drove away.