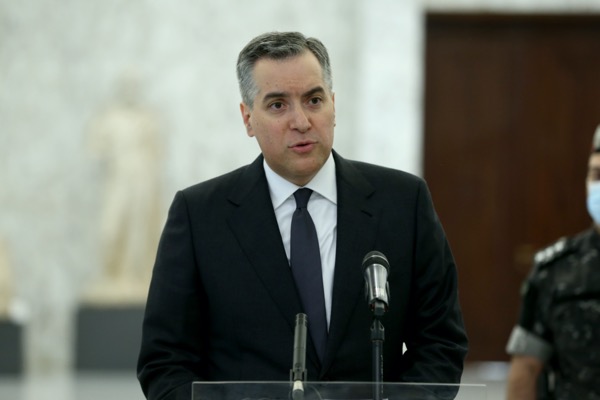 Beirut   – As was widely expected  Lebanon’s leaders have endorsed  the country’s ambassador to Germany, Mustapha Adib, as the new premier, hours before the arrival of French President Emmanuel Macron in Beirut.

Adib, who has been Beirut’s Berlin envoy since 2013, is affiliated with a small Sunni party headed by former Prime Minister Najib Mikati. On Monday, he received the endorsement of most parliamentary blocs, including Iran-backed Hezbollah and the Saudi-backed party of former Prime Minister Saad Hariri, to head Lebanon’s next government.

Adib’s designation comes a day ahead of the September 1 deadline set by Macron for “political change.” Macron is set to arrive in Beirut on Monday evening to mark the centennial anniversary of Greater Lebanon, the precursor for the modern state, which was established by France.

Since a blast at the country’s main port ripped through Beirut earlier this month, Macron has sought to broker a resolution to end Lebanon’s political and economic crises.

Ahead of his visit, the French president called on the international community to help, raising the specter of a return to “civil war” if the tiny eastern Mediterranean state is not aided.

Macron is set to kick off his trip to Lebanon with a visit to the cultural icon and singer, Fairuz.

Lebanon’s economic meltdown, which saw its currency tank and poverty rates soar, has prompted unrest across the country as popular disgruntlement against the political elite grows.

The country has a confessional power sharing system which is widely seen as the main culprit behind widespread corruption and mismanagement.

Popular protests that have frequently cropped up on Lebanon’s streets since late 2019 have called for an overhaul of the power sharing system. Those cries grew louder after the August 4 blast laid waste to several neighborhoods in Beirut, killing 190 people and injuring more than 6,000.

The explosion has been linked to government neglect of nearly 3,000 tonnes of ammonium nitrate which had been stored at Beirut’s port for six years.

Days after the blast, the government of Prime Minister Hassan Diab, a self-styled technocrat, stepped down. In his resignation speech, Diab chastized Lebanon’s political elite, accusing them of hindering economic and political reforms.