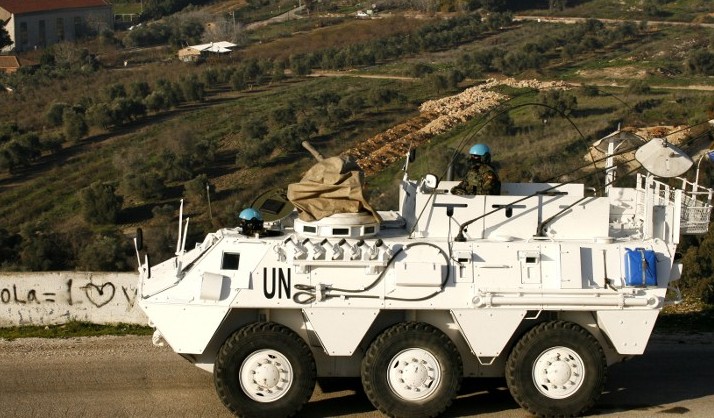 The U.N. Security Council unanimously approved a resolution Friday cutting the U.N. peacekeeping force in southern Lebanon and expanding its mandate to address U.S. and Israeli concerns about activities of the militant group Hezbollah in the area.

The French-drafted resolution reduced the troop ceiling for the force, known as UNIFIL, from 15,000 to 13,000 under U.S. pressure. And it also made another concession to the Trump administration and close ally Israel.

It calls on the Lebanese government to facilitate “prompt and full access” to sites requested by U.N. peacekeepers for investigation, including tunnels crossing the U.N.-drawn Blue Line between Lebanon and Israel. And it urges freedom of movement and unimpeded access for peacekeepers to all parts of the Blue Line, and condemns “in the strongest terms” all attempts to restrict U.N. troop movements and attacks on mission personnel.

Israel has repeatedly accused Hezbollah, which is backed by its greatest foe Iran, of impeding UNIFIL peacekeepers from carrying out their mandate, a view strongly backed by the Trump administration.

In 2019, Israel destroyed a series of what it said were attack tunnels, dug under the border by Hezbollah. The militant group battled Israel to a stalemate in a month-long war in 2006.

The resolution gives the United States a symbolic victory, but it almost certainly will also be welcomed by many countries that view UNIFIL as critical to maintaining peace in the volatile region and strongly support its current mandate which is largely maintained for another year.

“Today we halt a long period of Council complacency on UNIFIL and the growing and destabilizing influence of Iran and its client, the terrorist organization Hezbollah,” U.S. Ambassador Kelly Craft said in a statement after the vote. “The Trump Administration is deeply concerned these last years about UNIFIL’s overall inability to contain the Hezbollah menace.

“We are not going to allow this to stand,” she said. “The Council must join us in confronting this.”

Kraft urged the U.N. with “seize the tools” in the resolution and that Lebanon’s government will redouble efforts to ensure that UNIFIL can discharge its mandate.

“If, however, today’s action does not trigger necessary improvements, including improved access for UNIFIL and steps to diminish the vast and growing Hezbollah arsenal of weapons, council members must be prepared to take further action when the mandate comes up for renewal next year,” she warned.

Israel’s U.N. Ambassador Gilad Erdan went further, calling the resolution “a last warning” for Lebanon’s government and declaring that it “will be held responsible and will bear full responsibility for any escalation of tensions or the grave consequences of such actions” if Hezbollah continues turning southern Lebanon “into a base for its terrorist activity under UNIFIL’s nose.”

Erdan said Israel will respond “with force” to any terrorist attacks from Lebanese territory.

Because of the COVID-19 pandemic, the 15 members of the council voted by email, with a 3 p.m. EDT Friday deadline. Soon after, the Security Council president, Indonesia’s U.N. Ambassador Dian Triansyah Djani, sent a letter to council members, obtained by The Associated Press, saying “the draft resolution received 15 votes in favor … (and) has been adopted as resolution 2539.”

While the resolution reduces the troop ceiling from 15,000 to 13,000, it will not require any cuts in the current peacekeeping force. That’s because UNIFIL’s current strength is about 10,250 troops, well below the ceiling.

Craft, the U.S. envoy, called the reduction “an important step toward right-sizing a mission that has for years been over-resourced given the limits on its freedom of movement and access.”

UNIFIL was created to oversee the withdrawal of Israeli troops from southern Lebanon after a 1978 invasion. The mission was expanded after a 2006 war between Israel and Hezbollah militants so that peacekeepers could deploy along the Lebanon-Israel border to help Lebanese troops extend their authority into their country’s south for the first time in decades.

Israel’s former ambassador Danny Danon said in May that Israel would insist that peacekeepers have access to all sites, that they have freedom of movement, and that any time they are being blocked the Security Council must be immediately informed.

U.S. Ambassador Kelly Craft tweeted at the time that UNIFIL has been “prevented from fulfilling its mandate” and “Hezbollah has been able to arm itself and expand operations, putting the Lebanese people at risk.”

The resolution recognizes “that UNIFIL has successfully implemented its mandate since 2006 and has allowed for maintaining peace and security since then,” and therefore the Security Council authorizes the reduction of the troop ceiling from 15,000 to 13,000.

The council states in the resolution that the force strength can be increased in the future in the event of “a degraded security situation.”

According to UNIFIL, it currently has about 10,250 troops including more than 9,400 ground troops and over 850 naval personnel assigned to its Maritime Task Force. In addition, the mission has about 900 civilian staff, both international and national.

The resolution affirms the Security Council’s “strong continuing commitment to the existing UNIFIL mandate.” And it reaffirms the necessity for Lebanon’s armed forces to deploy in southern Lebanon and its territorial water “at an accelerated pace” to implement a key mandate provision.

It asks secretary-general Guterres to present the first elements of a plan to improve UNIFIL’s “efficiency and effectiveness” within 60 days.