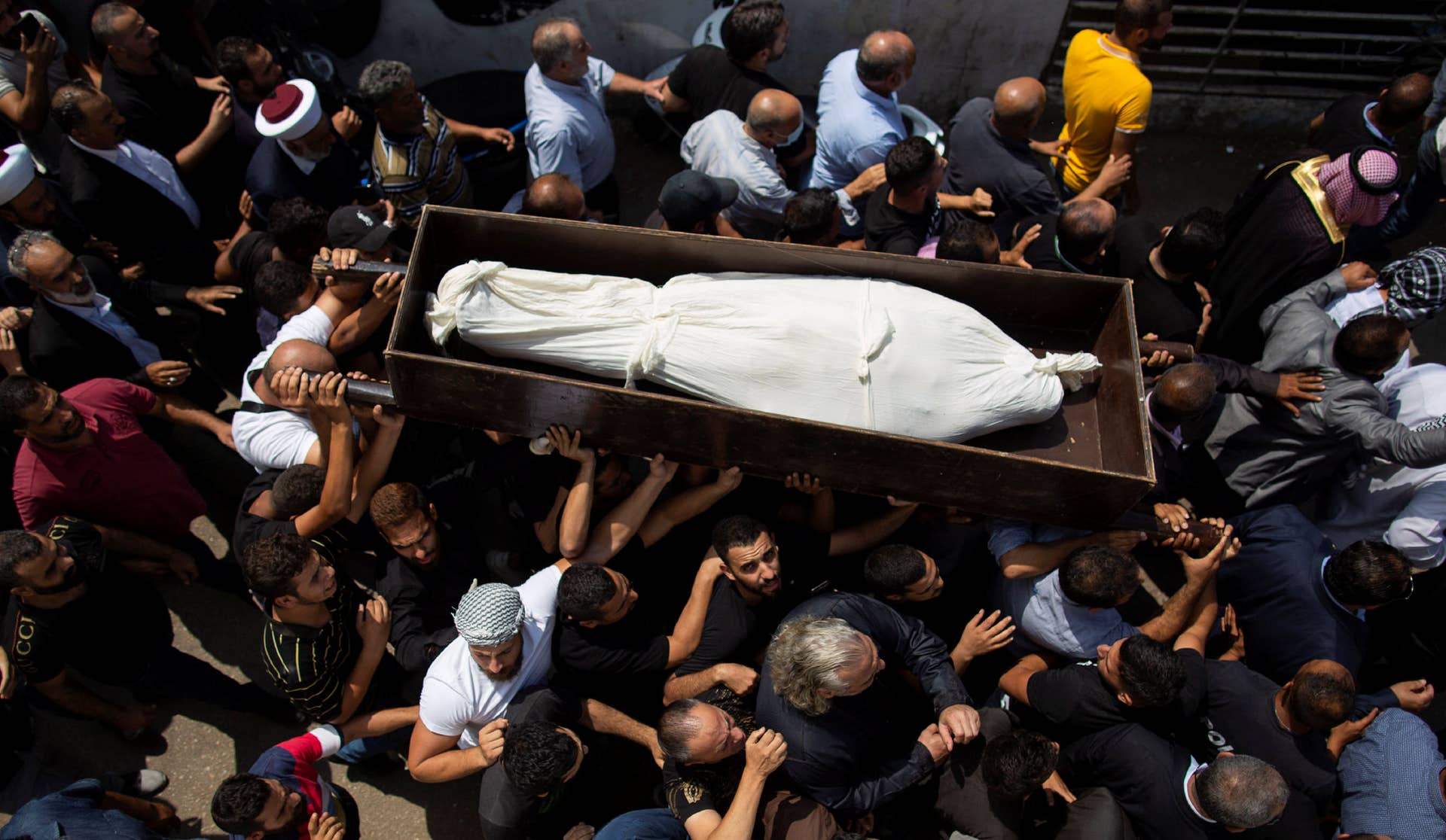 A deadly battle between Lebanese Sunnis and Shi’ites overnight prompted warnings of more violence as the country is pushed to breaking point by a financial meltdown and political tensions.

Two people – a 13-year-old Lebanese Sunni boy and a Syrian man – were killed in the Khaldeh area south of the capital in the shootout on Thursday night.

Machine guns and rocket-propelled grenades were used in the fighting, which witnesses said lasted four hours.

A Sunni Arab tribe to which the boy belonged accused members of the powerful Iran-backed Shi’ite group Hezbollah of opening fire. Hezbollah categorically denied having anything to do with the incident.

The Lebanese army, which was heavily deployed in the area on Friday, said the problem spiralled out of a row over a poster put up by Shi’ites to commemorate Ashura, the 7th century martyrdom of Imam Hussein.

The army statement said the problem erupted between members of [a community known as the Arab Khaldeh tribes and residents of the area, without identifying them.

The violence triggered a flurry of contacts among Lebanese politicians seeking to contain tensions.

The country is still grappling with the aftermath of the Aug. 4 port blast which killed 180 people and a financial crisis seen as the biggest threat to stability since the 1975-90 civil war.

Mourners at the boy’s funeral on Friday chanted “there is no God but God and Hezbollah is the enemy of God” as his body was carried on a stretcher into his grandfather’s house.

Men in facemasks fired AK-47s in the air.

A senior U.N. official in Lebanon described the clashes as gravely concerning. “The last thing the tormented Lebanon needs is sectarian strife – a sure way to disaster,” Jan Kubis tweeted.

Divisions between Lebanese Sunnis and Shi’ites opened up after the 2005 assassination of Rafik al-Hariri, the former prime minister. Rifts emerged again after a U.N.-backed tribunal recently convicted a Hezbollah commander, Salim Ayyash, of conspiracy to kill him.

Hezbollah denies any role in killing Hariri, Lebanon’s main Sunni leader at the time of his death.

A building set on fire during the overnight fighting was still smouldering and its windows were peppered with bullet holes.

“We (will) take our rights with our own hands,” tribal leader Riad Zaher said. He expressed doubt the authorities would bring anyone to justice. “We know that the government will take them in one door and let them out the other,” he said.

Denying any Hezbollah link to the incident, a spokesman for the group referred to the army statement and said “throwing around accusations recklessly is totally rejected.”

“This is not the truth that security apparatus know and the people of the area know,” Mohammad Afif, the spokesman, said.

Located on the highway to the south, the Khaldeh area is home to Sunnis, Shi’ites and Druze.

Ali al-Shahine, a spokesman for the Arab Khaldeh tribes, accused Hezbollah supporters of recently trying to put up a picture of Ayyash.

A military source and Hezbollah denied this had happened.

After the tribunal’s ruling, people in Ayyash’s village briefly put up a picture of him. Hezbollah told them to remove it to ease tensions, a member of the group said.

The Future Movement led by Hariri’s son, Saad, urged the Arab Khaldeh tribes to heed his call for self-restraint and said the incident was the result of “unregulated weapons and futile provocations”.

It is the second deadly shooting in a week.

Three men were shot dead in the village of Kaftoun in northern Lebanon on Saturday. A Syrian man has been arrested and two Lebanese suspects are on the run over that incident, a security source said.

“The sporadic rise of violence is another sign of the dismantling of the state,” said Mustafa Alloush, a Future Movement leader. “I expect that similar or other types of violence will rise from now on,” he told Reuters.

Al-Akhbar, a pro-Hezbollah newspaper, said political tensions had started to spill into the street.

“The ‘battle’ of Khaldeh … gave a clear indication that the game in the street will quickly go out of control to burn the whole country,” it said.