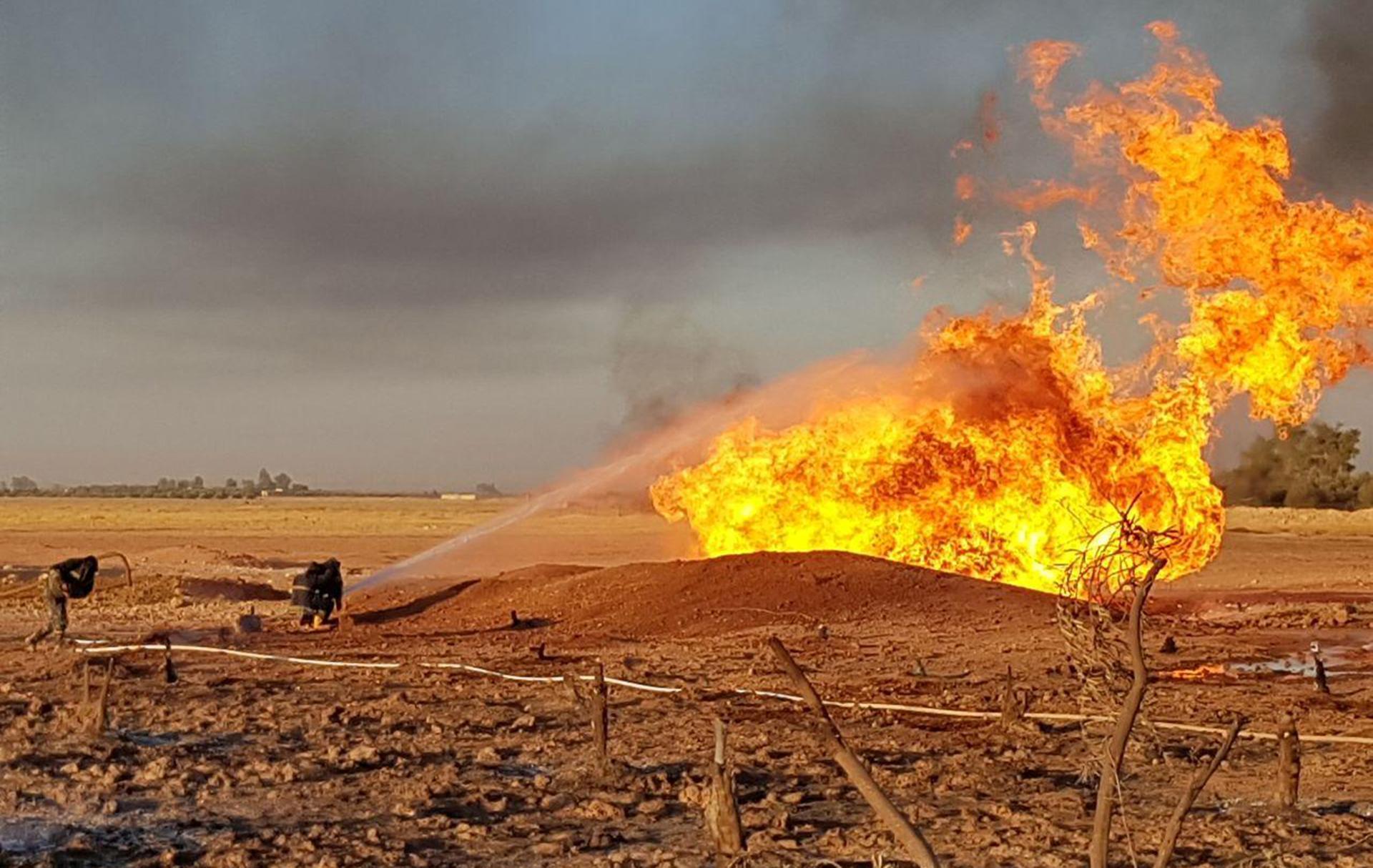 The Syrian government said an explosion on a main gas pipeline traversing the Middle East on Monday was the result of a terrorist attack, and the United States said it suspected ISIS militants of carrying out the sabotage.

The blast caused a blackout across Syria, but power was gradually being restored, officials said on Monday.

It took place on the Arab Gas Pipeline between the towns of Ad Dumayr and Adra, northwest of the capital Damascus.

“Assessments show that the explosion…was the result of a terrorist attack,” Minister of Petroleum and Mineral Resources Ali Ghanem said, quoted by state news agency SANA. He did not provide further detail.

In Geneva, the US envoy for Syria, James Jeffrey, said there had been an upsurge in ISIS activity in the southeast of the Syrian desert. ISIS lost its last territory in Syria in March 2019 but pockets of fighters remain.

“We are still looking into [the explosion]. But it was almost certainly a strike by ISIS,” Jeffrey told reporters at the start of UN-sponsored talks on the Syria conflict.

The Arab Gas Pipeline system extends from Egypt into Jordan and Syria. Syrian state-run Ikhbariya TV channel showed footage of a large fire after the explosion. The channel said later the blaze had been extinguished.

A Damascus resident said power had returned to the city.

In 2013, much of Syria was hit by a power cut after rebel shelling hit a gas pipeline.