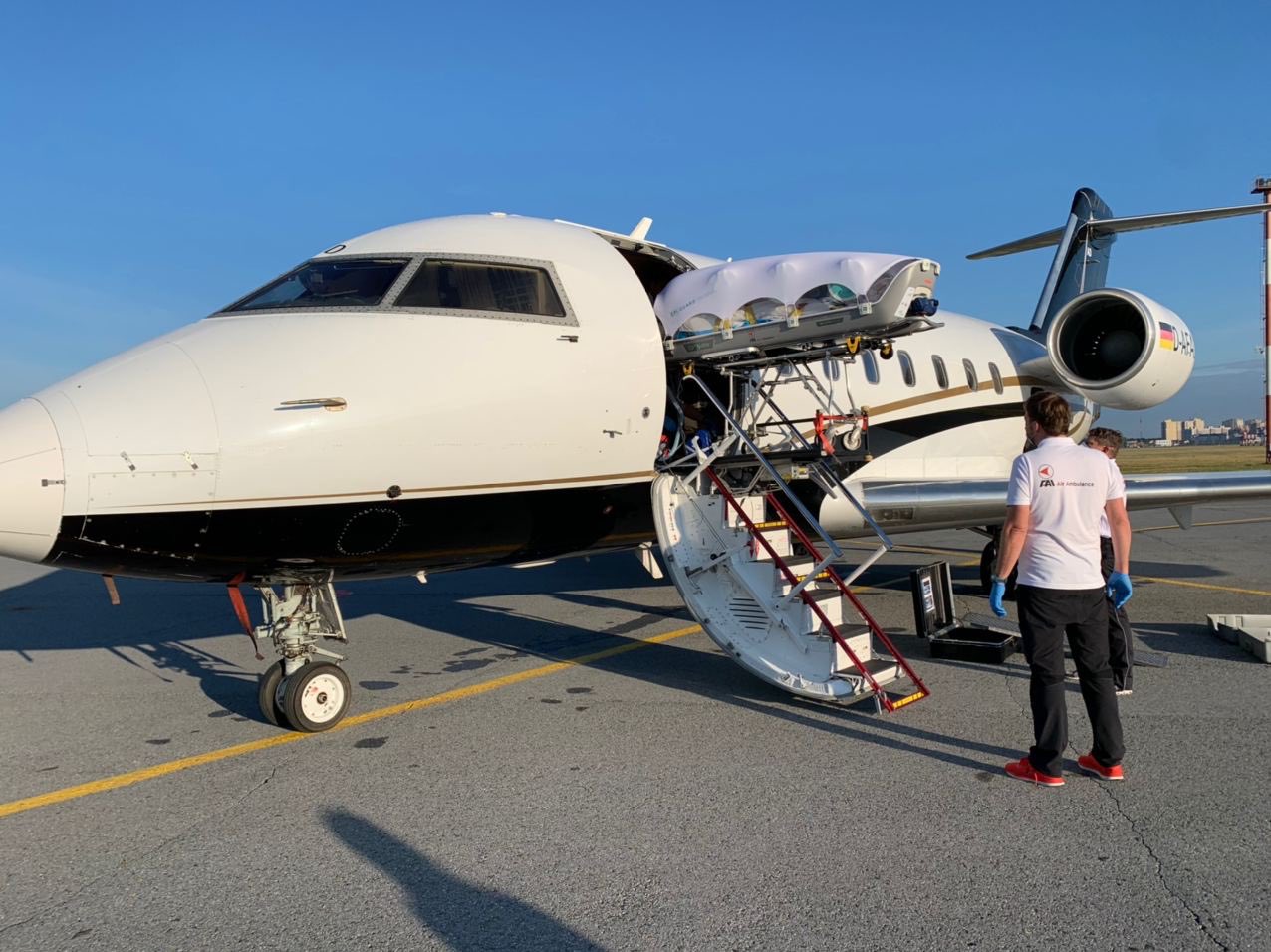 An air ambulance took off from the Siberian city of Omsk on Saturday carrying Russian opposition leader Alexei Navalny to Germany for treatment of a suspected poisoning, after a day-long standoff over his medical evacuation.

The 44-year-old lawyer and anti-corruption campaigner, one of President Vladimir Putin’s fiercest critics, fell into a coma after becoming suddenly ill Thursday on a plane to Moscow from Tomsk that had to make an emergency landing in the Siberian city of Omsk.

His aides say they believe he was poisoned, apparently by a cup of tea at the airport, though Russian doctors said tests showed no trace of any poison.

Doctors treating him in Omsk initially refused to let Navalny leave but reversed course after his family and staff demanded he be allowed to travel to Germany.

The plane, chartered by the German NGO Cinema for Peace, took off around 8:00 am local time (0200 GMT) to fly Navalny to Berlin’s Charite hospital for treatment.

Navalny’s spokeswoman Kira Yarmysh posted a picture on Twitter of him being lifted into the plane on a covered stretcher and said his wife Yulia was with him.

An ambulance was earlier seen taking Navalny from the hospital, after masked medics lifted a stretcher carrying Navalny into the ambulance.

Doctors at the Omsk Emergency Hospital No. 1 said he was in a coma and breathing through a ventilator in a grave state.

Russian doctors have said tests did not find any trace of poison and said Navalny appeared to have a “metabolic disorder” and to have suffered a sharp drop in blood sugar levels.

The regional interior ministry said police detected an industrial chemical after swabbing Navalny and his luggage although doctors said this would not have caused his condition.

The air ambulance arrived in Omsk on Friday morning but Russian doctors initially said that Navalny was too “unstable” to be moved.

They announced on Friday evening that they had agreed to let him be transferred after German doctors examined him and the Cinema for Peace foundation said they were “willing and able” to transport him to Berlin.

The turnaround also followed a letter from Navalny’s wife Yulia with a direct appeal to Putin and after aides asked the European Court of Human Rights to intervene with the Russian government.

Navalny is the latest in a long line of Kremlin critics who have fallen seriously ill or died in apparent poisonings.

Yulia Navalnaya told journalists that she wanted Navalny to be “in an independent hospital, whose doctors we trust”.

The air ambulance was dispatched to take Navalny to Berlin after Chancellor Angela Merkel extended an offer of treatment.

European Union leaders including Merkel and French President Emmanuel Macron have voiced concern for Navalny, who has faced repeated physical attacks and prosecutions in more than a decade of opposition to Russian authorities.

Navalny lost consciousness shortly after his plane took off on Thursday from Tomsk in Siberia, where he was working to support opposition candidates ahead of regional elections next month.

She said she was sure he had suffered from an “intentional poisoning” and blamed Putin.

She also claimed Russia’s refusal to evacuate Navalny was a ploy to “play for time” and make it impossible to trace poison, posing a “critical threat to his life”.

Navalny has made many enemies with his anti-corruption investigations, which often reveal the lavish lifestyles of Russia’s elite and attract millions of views online.