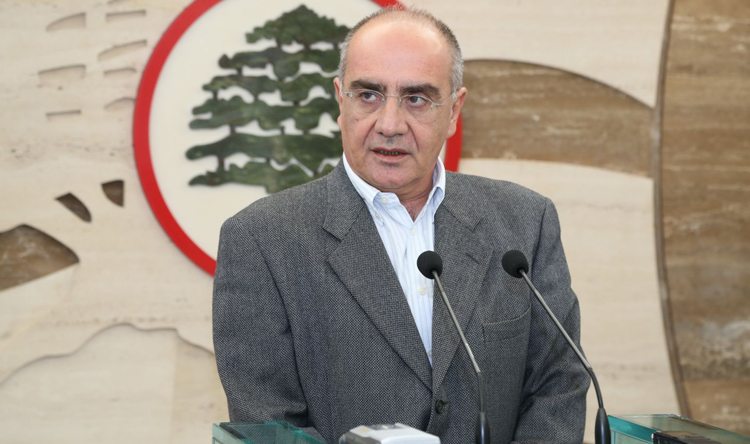 Former MP Faris Soaid said in a tweet , President Michel Aoun made a mistake when he said, “It is impossible for Hezbollah to have weapons at the site of the explosion .” Why did he eliminate this possibility? Why did he pre-empt the investigation which is still ongoing ? Why is he trying to influence the judiciary?
“President Aoun was wrong”, he concluded .

Aoun, an ally of the powerful Iranian backed Hezbollah militant group , dismissed the theories that claim the vast explosion that hit the capital was caused by a Hezbollah weapons cache, as quote, “impossible.”

Lebanese authorities are still probing what caused the huge amount of ammonium nitrate – which had been warehoused unsafely for years at the port – to detonate in a mushroom cloud.

The explosion had the force of at least 500 tons of TNT, according to a U.S. government source, who was not authorized to speak publicly. The estimate was based on the widespread destruction, said the source, who has experience with military explosives.

The blast caused carnage over a 6-mile radius and was felt more than 100 miles away.

Aoun said Aug 6 that he asked France for satellite images to see if there were warplanes or missiles in the air at the time of the blast.

Aoun told journalists that he received information weeks ago about the ammonium nitrate and “immediately ordered” military and security officials to take care of it.

“The material had been there for seven years, since 2013. It has been there, and they said it is dangerous and I am not responsible,” said Aoun a former Amy general who took power in 2016. “I don’t know where it was placed. I don’t even know the level of danger, ” he said .

Many Lebanese want the probe taken out of the hands of their government, fearing that bickering among the long-entrenched political factions, notorious for corruption, won’t allow any results to come to light that are damaging to their leadership.