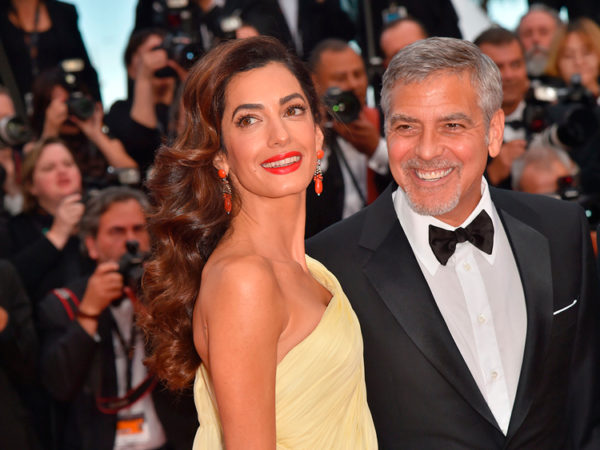 Celebrity power couple and philanthropists George and Amal Clooney have stepped up to show their support for the victims of the Beirut blasts on August 4, which resulted in the deaths of more than 135 people and caused unsurmountable damage to the city’s infrastructure, leaving many injured and homeless.

The celebrity couple issued a statement to People magazine, pledging $100,000 to various charities in Lebanon that are on the frontline and leading the relief efforts in the aftermath of the blasts that leveled the city’s port and surrounding buildings.

In a joint statement, the Clooneys stated: “We’re both deeply concerned for the people of Beirut and the devastation they’ve faced in the last few days. Three charitable organizations we’ve found are providing essential relief on the ground: the Lebanese Red Cross, Impact Lebanon, and Baytna Baytak.”

The couple also encouraged others to step up and support the people of Lebanon who have been affected by the tragedy. Their statement further added: “We will be donating $100,000 to these charities and hope that others will help in any way they can.”

Amal is a Lebanese-British human rights barrister who was born in Beirut. Her family left Lebanon for England when she was very young during the Lebanese Civil War.

According to the United Nations, more than 300,000 people have been left homeless in Beirut following the blasts, which was caused after more than 2,700 tonnes of the highly explosive ammonium nitrate exploded. Lebanese security officials have stated the highly flammable material had been stored in a warehouse in the port.

The hazardous shipment, confiscated in 2014 from a Russian-owned cargo ship, was lying there for six years. According to a Gulf News report, military police arrested 16 port staff on Thursday, pending an investigation into the cause of the disaster and to determine the real culprits.

Celebrities such as Ariana Grande, Salma Hayek, Naomi Campbell and Dua Lipa have all taken to social media to show their support for Lebanon.

“My broken heart goes out to all the people who have lost loved ones and who are in the affected areas of my beloved Beirut,” posted Hayek on Instagram on the day of the blasts, while singer Lipa shared links for her fans to help support those affected.

She posted: “Lebanon is on its knees and needs us more than ever,” adding that the explosion in Beirut “devastated the city and sent shockwaves around a country that is already in the midst of political unrest, economic crisis and famine. We have to come together to help. Please donate if you can and share this information.”