We Lebanese thought we could survive anything. We were wrong 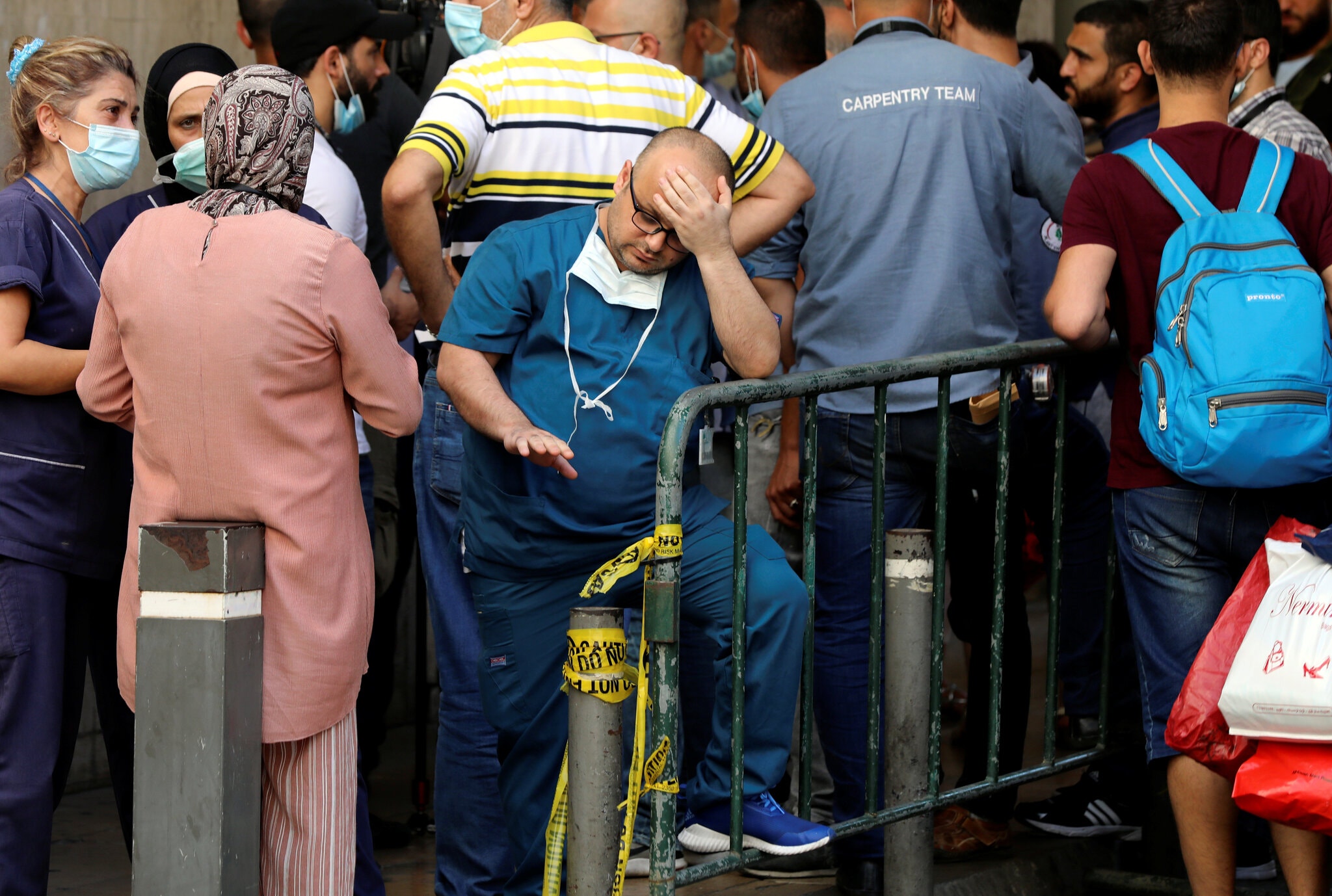 In July, the American University of Beirut laid off hundreds of employees.Credit…Mohamed Azakir/Reuters
Share:

BEIRUT — Anyone who knows Lebanon has heard this: The Lebanese are resilient. A reputation earned by weathering an outsize list of challenges over the years: a 15-year civil war, political tensions with Syria, wars with Israel and a collapsing public service infrastructure.

Economic collapse, exacerbated by a coronavirus lockdown in March, is the latest disaster to befall the Lebanese people. Years of financial maneuvering and debt mismanagement by the government, the banks and the central bank led to a depletion of the country’s foreign currency reserves, which caused depreciation of the Lebanese pound — long pegged to the dollar — by more than 80 percent since October.

People have lost their life savings overnight, and prices of food and basic goods have inflated over 50 percent for the third month in a row.

Lebanon’s economy is based on services; the country produces little and imports a lot. The plummeting value of the Lebanese lira and the lack of access to dollars means many stores can’t afford to remain open. Salaries that haven’t been slashed outright have lost their spending power. Tourism, once one of the pillars of the economy, has been severely hit in recent months from the worsening political and economic situation and the enforced pandemic lockdown.

Nearly 1,000 restaurants have been forced to close, and 25,000 people have lost their jobs in the restaurant sector alone. Remittances, which once brought enough dollars into the country to help offset the budget deficit, have been on the wane for some years now because of lower oil prices in the Gulf, where many Lebanese work. Data for 2020 is still not in, but remittances are set to dwindle more as a lack of trust in the banks and travel restrictions mean money cannot find its way into the country either through bank or in-person transfers.

The cumulative effect of these factors is that much of the middle class — about 3.25 million people, or 65 percent of the country — has slipped into poverty. The poor are now destitute, near starvation. Once again, people must scramble to find solutions for the government’s ills.

Facebook barter groups have sprung up, with people seeking to exchange whatever they have, in order to secure what they so desperately need: fancy dresses for baby formula; a set of drinking glasses for a bag of rice. One man held up a pharmacy for diapers. Another mugged someone at knife point only to return, sobbing and apologizing that he is unable to feed his family, that he’s only doing this to survive.

While the mass protests that erupted on Oct. 17, 2019 — against the corruption of the ruling elite and the sectarian system they uphold — succeeded in toppling the government, the new government appointed in its place has done little to alleviate or address worsening living conditions.

Misery is now palpable across the country, in the rows of shuttered shops, in the garbage piling up in different neighborhoods as basic services are disrupted, and in the darkness of the nighttime streetsof Beirut as electricity cuts soar to 20 hours a day.

It is hard to imagine that this is the same Beirut that has seen so many odes to the unparalleled revelry of its bar scene — the favorite subject and haunt of many a Western journalist — written in every major newspaper.

Those articles repeatedly peddled the same myth that we are so eager to believe about ourselves: The Lebanese know how to dance while the bullets fly, how to repurpose even war bunkers into nightclubs, how to find a way around every shortage, because the Lebanese are resourceful and resilient. It is an idea that has served both as consolation for difficult living conditions and a point of pride for how efficiently we manage them.

But now it has become clear that there is nothing truly resilient about Lebanon except its politicians and ancient warlords, who refuse to step down, even after their profiteering has bankrupted the country and its people. And while Lebanese banks have long been deemed resilient by economists, the current situation reveals that this designation belongs only to the bankers themselves.

Even the International Monetary Fund, the so-called “lender of last resort,” cannot bring the banks to agree on the audit of financial losses required to unlock a loan. Two high-ranking officials have so far resigned over the stalled negotiations. One of them, Alain Bifani, a former director general of the Finance Ministry, revealed that bankers smuggled close to $6 billion outside the country while preventing small depositors from withdrawing so much as $100.

Christine Tohme is the curator and founder of Ashkal Alwan, an organization that supports local art and cultural production. She started operating it out of her car in 1993, two years after the end of the civil war. Over the last 27 years, despite a lack of state funding, the organization ran a prestigious art study program that sees applicants from across the world. This year, the program was forced to end early when funds meant for students were seized by the banks. “We all worked so hard to make things better, and look where we are now,” said Ms. Tohme. “I am so sad about not being able to dream or see into a future. I am exhausted.”

That exhaustion is heavy in the voices and faces of everyone I encounter. Perhaps resilience has always been the lie we have been fed and that we continue to tell ourselves in order to keep functioning under a state so corrupt it cannot provide a bare minimum of public or social services.

A state that thinks so little of its people that it bickered over the pittance of financial aid it promised to hungry families during the pandemic until devaluation reduced the worth of the aid that each family was getting from $180 to about $50. And then it was never distributed.

But the protests late last year were evidence that refusing to accept resilience is also a refusal to accept the conditions that made it necessary for us to rely on the idea in the first place. A refusal to find private solutions to problems that should rightfully be solved by the state. If things seem bleak now, at least there is this: We have finally come to recognize that a myth is poor consolation for a half-lived life, no matter how attractive that myth might be.

Lina Mounzer is a Lebanese writer and translator.