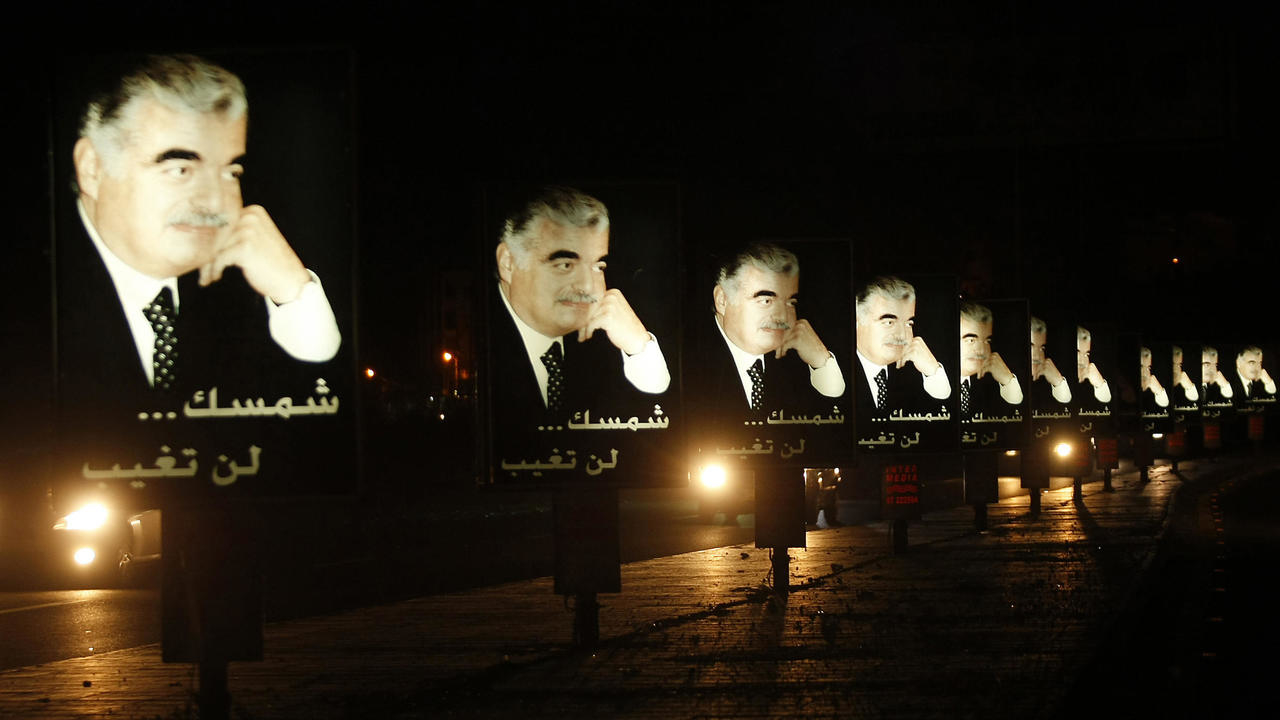 On Valentine’s Day 2005, Lebanese ex-premier Rafiq Hariri, who embodied the reconstruction of the country after its 1975-1990 civil war was killed in a monster bomb attack on his convoy Mahmoud ZAYYAT AFP/File
Share:

The death of Rafic Hariri is to many Lebanese what the JFK assassination was to Americans four decades earlier — everybody remembers what they were doing when the news broke.

On Valentine’s Day 2005, the former prime minister who embodied the reconstruction of the country after its 1975-1990 civil war was killed in a monster bomb attack on his convoy.

The blast unleashed a ball of fire in the hotel quarter of downtown Beirut, shooting debris into the sky and shattering windows in a radius of nearly half a kilometre (500 yards).

A suicide bomber in a white Mitsubishi truck packed with two tonnes of a potent military explosive called RDX had strategically positioned himself, waiting for Hariri’s motorcade.

He detonated his charge at 12:55 pm, a split second after the passage of the third car in the convoy, a Mercedes S600 that Hariri was driving himself.

The whole of Beirut heard or felt the blast. Many thought an earthquake had struck. The smouldering crater dug by the explosion was 10 metres (yards) across.

One body was found 17 days after the blast, such was the devastation caused by the attack that left 226 people wounded.

The country soon found out that among the 22 dead was the man whose stature at home and abroad had earned him the nickname of “Mr Lebanon”.

The unthinkable had just happened.

Hariri was no longer prime minister at the time but still very much the country’s towering political figure and widely tipped to reclaim the job in upcoming polls.

The assassination was not entirely a surprise, however, and there had been warnings since Hariri had cast himself as the spearhead of a drive to end Syria’s occupation of Lebanon.

Earlier in February that year, his friend then French president Jacques Chirac and then UN envoy Terje Roed-Larsen had implored Hariri to lay low.

Among other foreboding signs, his friend and former minister Marwan Hamade had narrowly survived a similar attack on his convoy in October 2004.

Fifteen years after the end of the civil war, Hariri’s assassination became the watershed in Lebanon’s post-conflict history.

The public backlash over his murder precipitated the departure of Syrian forces that had occupied the country for three decades.

That in turn gave Hezbollah, a key suspect in the assassination of the Sunni Muslim leader, a chance to grow and fill the vacuum.

The Shiite movement is an organisation whose firepower rivals that of the Lebanese military and it has since evolved to also dominate the country’s political life.

Some of the buildings left standing in the seaside area where the February 14 bomb went off still bear the marks of the explosion.

Hariri’s supporters continue to visit the site, where a statue of the portly slain leader was erected.

The U.N.-backed Special Tribunal for Lebanon announced earlier this month that it will issue its long-awaited verdict in the case of former PM Rafiq Hariri’s assassination on August 7.

“The Trial Chamber of the Special Tribunal for Lebanon (STL) issued a scheduling order today ( July 11) for the public pronouncement of the Judgment in the Ayyash et al. case (STL-11-01) in a public session on Friday 7 August 2020 at 11.00 AM (C.E.T),” the STL said in a statement.

In the filing issued July 11 , the Judges stated that the Judgment will be delivered from the courtroom with partial virtual participation.

“Due to the COVID-19 and in line with the national guidelines in the Netherlands, a limited number of members of the media will be allowed into the public gallery and the STL’s media center,” the STL added.

The tribunal was created by a 2007 U.N. Security Council resolution at Lebanon’s request, and four Hezbollah suspects went on trial in 2014 accused of core roles in the attack.