260 children and staff at a U.S. camp test positive for coronavirus 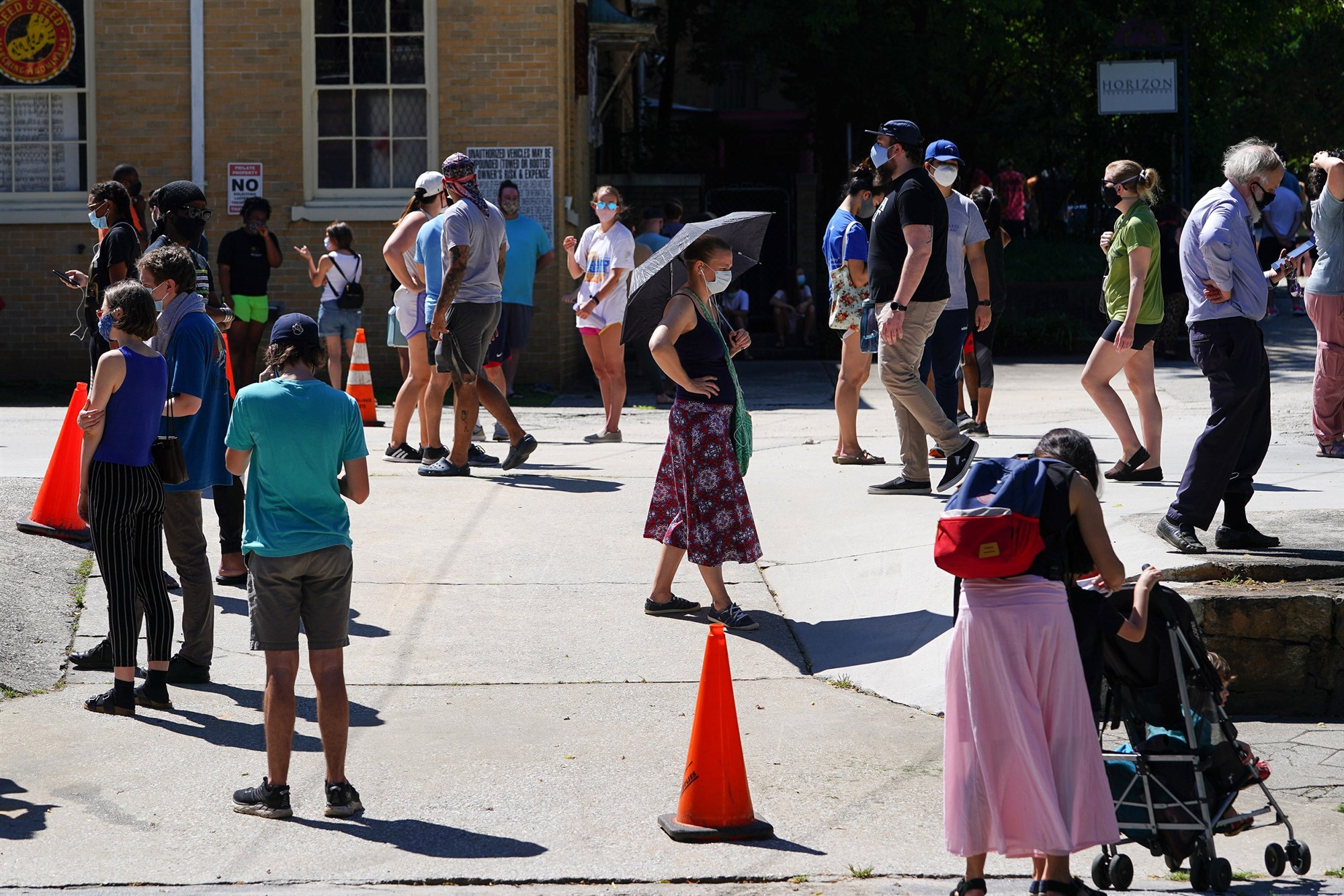 People stand in line to get tested for COVID-19 at a free walk-up testing site in Atlanta on July 11, 2020.Elijah Nouvelage / Getty Images file
Share:

The camp did not require its more than 360 campers, who ranged in age from 6 to 19, to wear masks.

A coronavirus outbreak was reported at an overnight summer camp in Georgia that did not require campers to wear face masks.

The Centers for Disease Control and Prevention released a study Friday on the outbreak that infected 260 campers and staff, saying that it shows children are susceptible to the virus and “play an important role in transmission.”

The camp held an orientation for 120 staff members and more than 130 trainees in mid-June, according to its Morbidity and Mortality Weekly Report. The staff members stayed at the camp and on June 21 were joined by more than 360 campers ranging in age from 6 to 19.

Days later, on June 23, a teenage staff member left after developing chills and later tested positive for the coronavirus. The camp began to send people home the following day and alerted the state’s Department of Public Health.

“Settings, like multi-day, overnight summer camps, pose a unique challenge when it comes to preventing the spread of infectious diseases, considering the amount of time campers and staff members spend in close proximity,” the CDC said in a press release.

The CDC did not name the camp in its study, but the YMCA of Metro Atlanta released a statement saying that it made every effort to keep Camp High Harbour safe.

“Attending Camp High Harbour is a tradition numerous generations of Y families look forward to every summer. Many of these individuals reached out to the Y to express their desire for us to open our resident camps in an effort to create normalcy in their children’s lives due to the detrimental impact of COVID-19,” the statement said. “This weighed heavily in our decision to open, a decision in retrospect we now regret.”

The YMCA said the counselor who tested positive had earlier “passed the mandated safety protocols,” including providing a negative COVID-19 test and did not have any symptoms. After they were made aware of his diagnosis, the camp was closed down.

“It’s never a pleasant situation when someone tests positive for COVID-19 but we are thankful for the support and understanding of campers, parents, and staff during this situation,” the YMCA said.

The health department recommended that people who attended the camp get tested for the virus and self-quarantine. Those who tested positive were asked to isolate. The camp closed down on June 27.

According to the CDC, the camp had everyone submit documentation that they had tested negative for the virus, but did not require campers to wear face masks. Only staff members had to wear masks.

The report also noted that campers slept in cabins and participated “in a variety of indoor and outdoor activities, including daily vigorous singing and cheering.”

“Asymptomatic infection was common and potentially contributed to undetected transmission, as has been previously reported,” the CDC report stated. “This investigation adds to the body of evidence demonstrating that children of all ages are susceptible to SARS-CoV-2 infection and, contrary to early reports, might play an important role in transmission.”

The CDC said in its press release that the proper use of face masks, along with rigorous cleaning and social distancing, can help prevent the spread of the virus. These recommendations are included in the CDC’s recently released guidance for the reopening of schools, which has been under debate as the White House calls for schools to fully reopen.