Moody’s downgrades Lebanon’s rating to C, as low as Venezuela 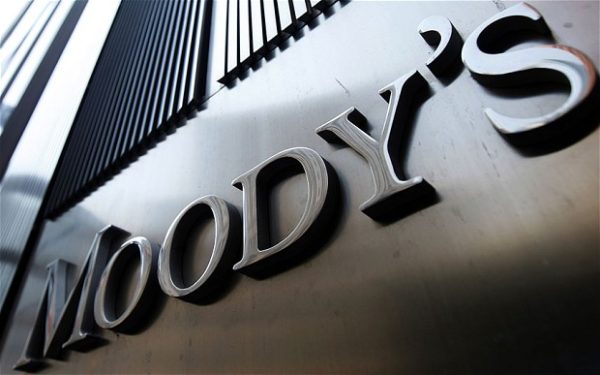 Moody’s Investors Service on MONDAY downgraded Lebanon’s rating to C from Ca which is the same as Venezuela , its lowest rating. While Venezuela has some hope since it is rich in oil Lebanon seems to be. in a hopeless situation since it is run by a corrupt political mafia that has stolen the bank accounts of the depositors
Share:

New York – Moody’s Investors Service (“Moody’s”) has today downgraded the Government of Lebanon’s issuer rating to C from Ca, and has not assigned an outlook to the rating. Moody’s also downgraded Lebanon’s senior unsecured Medium Term Note (MTN) Program rating to (P)C from (P)Ca, and affirmed the other short-term rating at (P)NP.

The C rating reflects Moody’s assessment that the losses incurred by bondholders through Lebanon’s current default are likely to exceed 65%. The country is steeped in an economic, financial and social crisis, which very weak institutions and governance strength appear unable to address. The collapse of the currency in the parallel market and the concomitant surge in inflation fuel a highly unstable environment. In the absence of key steps toward plausible economic and fiscal policy reform, official external funding support to accompany a government debt restructuring is not forthcoming.

The decision not to assign an outlook to the rating is based on the very high likelihood of significant losses for private creditors and the fact that C is the lowest rating in Moody’s rating scale.

Lebanon is steeped in a severe economic, financial and social crisis, with the level of economic activity plunging at a fast rate, the currency plummeting in the parallel exchange rate market, inflation skyrocketing, and an increasing part of the population without a job or income prospects. On 16 March, Lebanon defaulted on its international bond due on 9 March after the grace period expired. On 23 March, Lebanon announced it would cease servicing other outstanding foreign-currency debt; four days later, the public debt restructuring commitment was extended to include local-currency debt.

Recurring delays with the implementation of fiscal and economic policy reforms, outlined in the government’s reform program presented on 28 April as basis for negotiations with the International Monetary Fund (IMF) for an external support package to accompany a government debt restructuring, have stalled discussions with the IMF and with other international official donors. Limited progress has been achieved in key prerequisites, including a forensic audit of the Banque du Liban (BdL), the adoption of comprehensive capital controls legislation, and a general consensus among domestic stakeholders in favor of the government’s debt restructuring and reform plan. In this environment, Moody’s expects ultimate losses to private creditors to exceed 65%, prompting positioning of the rating at the lowest level in the rating scale.

Exhausted fiscal and monetary policy implementation capacity and diminished governance performance, especially with respect to control of corruption, inhibits the likelihood of a rapid transition to a new and more sustainable growth model once the debt restructuring is implemented. Over the longer term, a lower growth potential and a weak track record of fiscal discipline reduce the sovereign’s ability to carry debt, warranting a deeper debt write-off that is consistent with the C rating category, or a higher probability of future redefault in the event of insufficient effective debt relief to restore long-term debt sustainability.

The continued drawdown of Lebanon’s foreign exchange reserves is reflected in the acute devaluation of the local currency in the parallel market by over 80%. This is fueling significant import compression and contributing to a spike in inflation readings to almost 90% year-over-year as of June 2020 from 6.7% at the end of 2019. The resulting erosion of consumers’ purchasing power accompanied by investment contraction deepen the expected double-digit economic slump in 2020 and set the stage for severe social disruptions.

Moody’s projects the debt/GDP ratio to increase further to about 200% of GDP in 2020, driven by the exchange rate effect assuming an adjustment in the official peg to LBP3,500 per US dollar as outlined in the government’s reform plan. Looking forward, Moody’s projections show that the debt trajectory remains particularly sensitive to adverse growth and foreign exchange dynamics, underscoring the potential for further loss accumulation in the absence of a restructuring agreement with the support of the IMF. Access to previously pledged international investment support is conditional on the implementation of an IMF reform program, neither of which are likely to be secured in the next few months.

Environmental considerations are relevant for Lebanon’s credit profile, in particular through the impact of climate change on the tourism industry. Water shortages will likely become more frequent and pervasive due to increased demand from agriculture and industry, constraining growth unless they are addressed by effective policies. Waste management also represents a chronic challenge.

Social considerations are one of the key credit drivers of the sovereign rating. Sectarian fragmentation leads to frequent protracted negotiations between political parties and government stalemates that contribute to economic and financial instability, reflected in Moody’s assessment of heightened domestic political risk.

C is the lowest rating in Moody’s rating scale. Moody’s currently believes that if there are any upward movements in Lebanon’s sovereign rating after the debt restructuring, they are likely to be limited for a considerable period of time. It is unlikely Lebanon’s rating would move from its current position prior to restructuring, given the extent of macroeconomic, financial and social challenges and Moody’s expectation of very significant losses.

For Lebanon’s issuer rating to rise above levels associated with very high probability of future default and significant losses, the implied pace of fiscal consolidation and/or structural reform implementation would be much faster than is currently expected, over a number of years. A further precondition for a substantive upgrade would also be that the key drivers of the country’s debt dynamics–such as economic growth, interest rates, privatization revenue, and the ability to generate and sustain large primary surpluses–were seen to be evolving in a way that would ensure debt sustainability in the future.