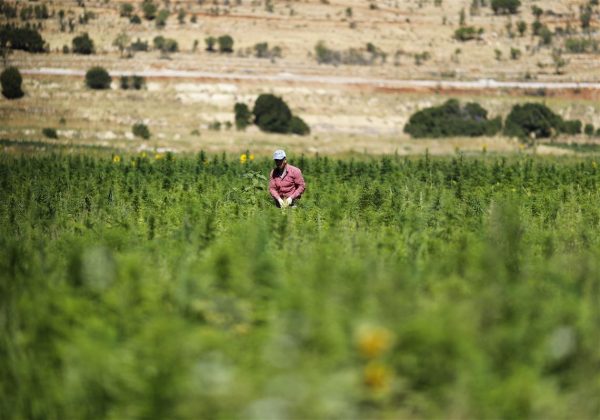 Lebanon is mired in an economic crisis characterised by a precipitous fall in its currency’s value and runaway inflation – plunging nearly half of the population into poverty.

In the country’s Bekaa valley, local farmers are hoping that their production of marijuana for medical use will boost Lebanon’s battered economy.

Lebanon is the world’s third largest producer of cannabis in marijuana resin form. After Morocco and Afghanistan, this tiny Middle Eastern country produces 6% of the global total.

It achieves this status as number three globally despite the fact that, at the moment, it is illegal to grow, buy, sell or use any form of cannabis.

Because it’s illegal, there are no tax revenues generated from it and there is no benefit to the macro economy of Lebanon.

The cannabis production industry exists in Lebanon through a combination of blind eyes, backhanders, and sometimes, guns, like the Wild West

The medicinal benefits of cannabis, when prescribed by a doctor, are backed by evidence globally.

And there are examples all over the world of regional economies being boosted by legalising the regulated production of cannabis – from Colorado to the UK.

The climate in the Bekaa Valley is perfect for growing marijuana, and it takes very little looking after.