Neutrality divides Lebanon. The Lebanese want their country back 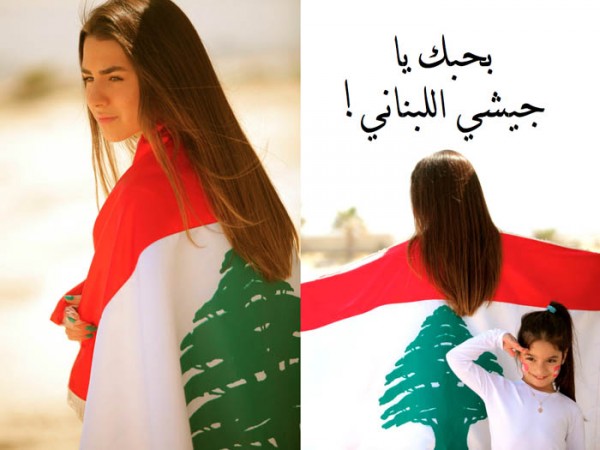 This is reportedly the longest Lebanese flag ever made and it reads “We love our Lebanese Army “
Share:

By: Ya Libnan Editorial Board

While the majority of the Lebanese want Lebanon to be an independent and neutral sovereign nation as stipulated in the Baabda Declaration, Hezbollah and its backers are totally opposed to neutrality.

The 2012 Baabda Declaration underscored Lebanon’s neutrality with regard to conflicts in the Middle East region, but Hezbollah’s support to Syrian president Bashar al Assad in his fight against the majority of the Syrian people violated the declaration even though Hezbollah signed off on the declaration which was agreed on during the reign of former president Michel Suleiman .

Over 500, 000 Syrians died and still dying in the Syrian war, Hezbollah reportedly lost over a thousand of its fighters there and over 1.5 million Syrian refugees ended up in Lebanon and several million Syrians were displaced.

President Michel Aoun estimated the cost of Syrian war to Lebanon at $ 45 billion.

The Baabda Declaration constitutes an important document that liberates Lebanese politicians from commitment to foreign parties in order to focus on national needs and thus not link their activity and fate to foreign nations who only seek to achieve their aims at the expense of the Lebanese people.

For the first time ever Lebanon defaulted on all its outstanding debt , the Lebanese currency which was pegged at a rate of about 1500 LL to the dollar has lost 80 % of its value . In short the the Lebanese economy has collapsed and continues its free fall.

Lebanese protesters took to the streets in Beirut and other cities in mostly peaceful protests against the government, calling for its resignation as the small country sinks deeper into economic distress and called for implementation of UN resolution 1559 which calls for disarming all militia in Lebanon. All the militias in Lebanon gave up their arms following the end of the civil war except Hezbollah.

The country is divided over the issue.

On the other hand Hezbollah which considers itself a part of the so called axis of resistance is opposed to neutrality.

Hezbollah was created by the Iranian Revolutionary Guard in 1982 . It is now a unit of IRGC’s Quds force and its leader Hassan Nasrallah pledged his allegiance to Iran ‘s supreme leader last September .

While Hezbollah is funded by Iran Lebanon needs to survive on its own and cannot depend on any other country for its survival .

In order for Lebanon to survive financially it needs the help of the International monetary fund which is ready to help according to the negotiations that have been taking place but is demanding the implementation of the reforms that PM Hassan Diab’s government promised .

But Hezbollah which along with its allies is the main backer of Diab refuses to allow Diab to implement the reforms .

Hezbollah has been urging Lebanon to look east to Iran, and China for help

But Iran like Lebanon is broke because of the sanctions and the horror stories about China and its debts scare the Lebanese.

Hezbollah has been under pressure to counter the Patriarch’s campaign for Lebanon’s neutrality . Following Patriarch ‘s meeting with Aoun , Hezbollah sent a delegation of Shiite Muslim scholars to Aoun,

Hezbollah then sent the Iranian ambassador to Patriarch Rai at his summer residence to convince the Patriarch of Iran’s capability to help Lebanon, Sensing no change in his resolve , Hezbollah sent PM Hassan Diab to visit the patriarch on Saturday and today it sent Aoun’s son- in-law MP Gebran Bassil to visit the Patriarch . All these actions strengthened patriarch Rai’s resolve and he vowed to continue with his neutrality campaign till the very end .

“Lebanon was open to all countries, east and west, except Israel which occupied our land. Lebanon was Switzerland of the east … Today, Lebanon has become isolated from the whole world. This is not our identity. Our identity is positive and constructive neutrality, not a warrior Lebanon,” the Patriarch was quoted as saying

Following his meeting with the Muslim Scholars Aoun declared that neutral or not Lebanon should be able to defend itself . In other words He insisted that Hezbollah should be allowed to keep its arms as long as some parts of Lebanon are still occupied by Israel. Aoun signed a an agreement with Hezbollah in 2006 on behalf of the Free Patriotic Movement , and reportedly feels indebted to Hezbollah for his presidency

Following Diab’s meeting with the Patriarch he declared that the issue of neutrality is political and requires dialogue by the political parties . Diab too reportedly feels indebted to Hezbollah for designating him as the PM

Similarly Bassil said after meeting with the Patriarch that the issue of neutrality requires dialogue but agreed with the patriarch that Lebanon should be distanced from regional conflicts . Bassil heads up the Free patriotic Movement , whose founder is Aoun .

The only solution for Lebanon is for Hezbollah to disarm , remain a political party and hand over its military wing to the Lebanese Army , which should have the final say on how to integrate its fighters and weapons into the army.

In the case of the Israeli occupied parts of Lebanon , the US is reportedly ready to help resolve the matter and according to several analysts , Israel is willing to withdraw from these areas . The question is will Syria officially acknowledge in writing what it has been saying publicly that Shebaa farms is a Lebanese territory?

It is time the wise people of Lebanon meet and agree on a timetable for disarming Hezbollah and implementation of the reforms in order for the country to move forward .

This is an existential issue for Lebanon , we may not have a country if we fail in resolving it . We want our country back and this time for all the Lebanese people.