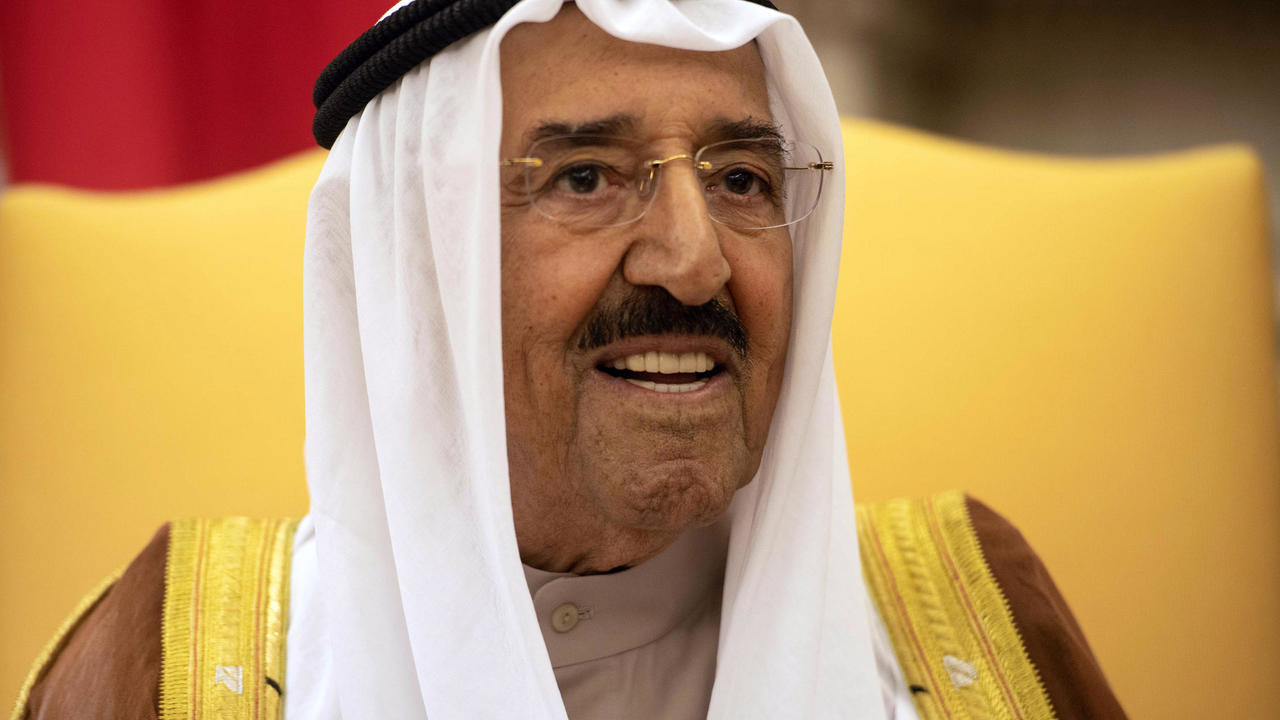 File photo of Kuwait’s Emir Sheikh Sabah al-Sabah. September 2018. Will travel to the US for medical treatment, but his office has not revealed the nature of his illness or what treatment is planned NICHOLAS KAMM AFP/File
Share:

“The crown prince (Sheikh Nawaf al-Ahmad Al-Sabah) is to temporarily execute certain prerogatives of the emir,” his half-brother, the head of state’s office announced, quoted by KUNA.

The agency reported earlier that Sheikh Sabah, ruler of the oil-rich Gulf state since 2006, was hospitalised “to undergo medical tests”.

In September 2019, Sheikh Sabah underwent medical tests shortly after arriving in the United States, leading to a meeting with President Donald Trump being called off.

The emir had his appendix removed in 2002, two years after having a pacemaker implanted. In 2007, he underwent urinary tract surgery in the United States.

Sheikh Sabah argued last year for de-escalation in the Gulf as tensions surged between the US and its arch-foe Iran.

He is widely regarded as the architect of modern Kuwait’s foreign policy.

Sheikh Nawaf, 83, is an elder statesman who has held high office for decades, including the defence and interior portfolios.