Hezbollah supporters protest outside US embassy in Beirut 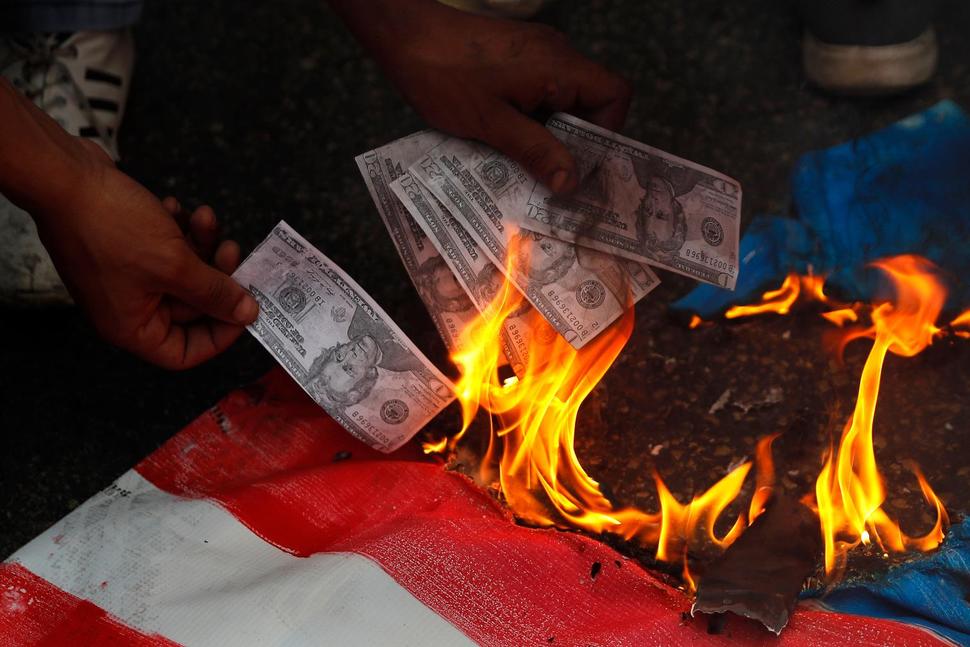 BEIRUT (AP) — DOZENS OF  protesters held a raucous anti-U.S. rally outside the fortified American Embassy in Beirut on Friday, denouncing what they said was Washington’s interference in Lebanon’s affairs while some chanted in support of the Iranian backed militant Hezbollah group.

The crowd, made up of mostly men, hurled stones at riot police near the embassy, from which they were separated by layers of barbed wire. Some protesters tried to remove the wire, at which point they were sprayed with water cannons.

The protesters who are Hezbollah supporters burned American flags and mock-up dollar bills, calling the U.S. the “mother of terrorism.” The riot police eventually escorted the crowd away from the embassy area.

This is the second anti-U.S. protest by Hezbollah supporters in Beirut this week amid strained U.S.-Lebanese relations. Although the U.S., along with Israel and some other Western countries, has designated Hezbollah a terrorist group, Washington is also a major donor to the Lebanese Armed Forces.

Lebanon is facing its worst economic and financial crisis, which has triggered anti-government protests and created domestic political tension between rival groups.

Dozens also protested Wednesday near the Beirut airport, on the day Marine Gen. Kenneth McKenzie, the commander of the United States Central Command, visited Lebanon. The protesters denounced his visit and chanted “Death to America.”