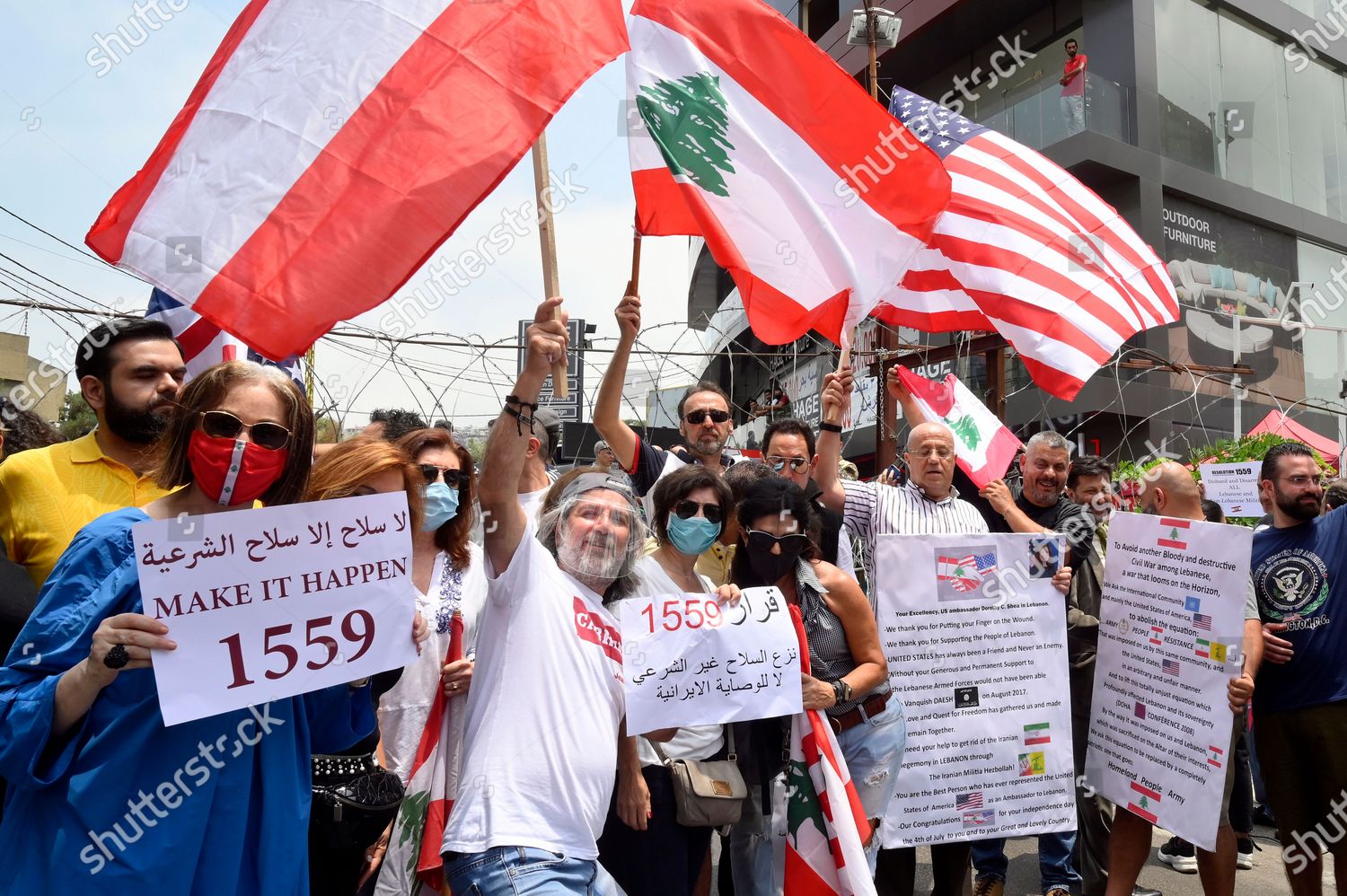 File Photo : Lebanese protesters carry US and Lebanese flags and placards that read ‘1559 make it happen,’ and ‘no weapons except legitimate weapons’ during a protest calling for the implementation of United Nations Security Council Resolution 1559 near the US Embassy in Awkar north of Beirut, Lebanon, 04 July 2020. by WAEL HAMZEH/EPA-EFE/Shutterstock (10701499o) Resolution 1559 was passed back in 2004 calling, among other things, for the disarmament of Hezbollah.
Share:

European diplomatic sources said that the converging positions on Lebanon between US Secretary of State Mike Pompeo and his French counterpart Jean-Yves Le Drian reflected the atmosphere that prevailed in the recent quartet meeting in Rome, which gathered officials from the Vatican, the United States, France and Britain.

They added that the harmony between Washington and Paris towards Lebanon was occurring for the first time since the issuance of UN Security Council Resolution 1559 in 2004, which called for the disarmament of Lebanese and non-Lebanese militias, including Hezbollah.

In remarks to Asharq Al-Awsat, the sources noted that the Lebanese side, through the Ministry of Foreign Affairs, was not surprised by the American and French positions, adding that Le Drian, who would soon visit Beirut, had told his Lebanese counterpart Nassif Hitti that Lebanon needed to accelerate the implementation of reforms, especially since Paris would not be able to support the country unless its government takes such an initiative.

The sources affirmed that Maronite Patriarch Beshara al-Rai was informed of the outcome of the meeting in the Vatican, which was devoted to discussing how to stop the collapse in Lebanon.

Rai’s sermon last Sunday reflected the international community’s conditions to help Lebanon and the need to dissociate the country from regional axes and conflicts.

The sources emphasized that the ball was now in the government’s court. The latter should conduct a critical review of its foreign policy, which has become closer to the “axis of resistance”, according to the sources.