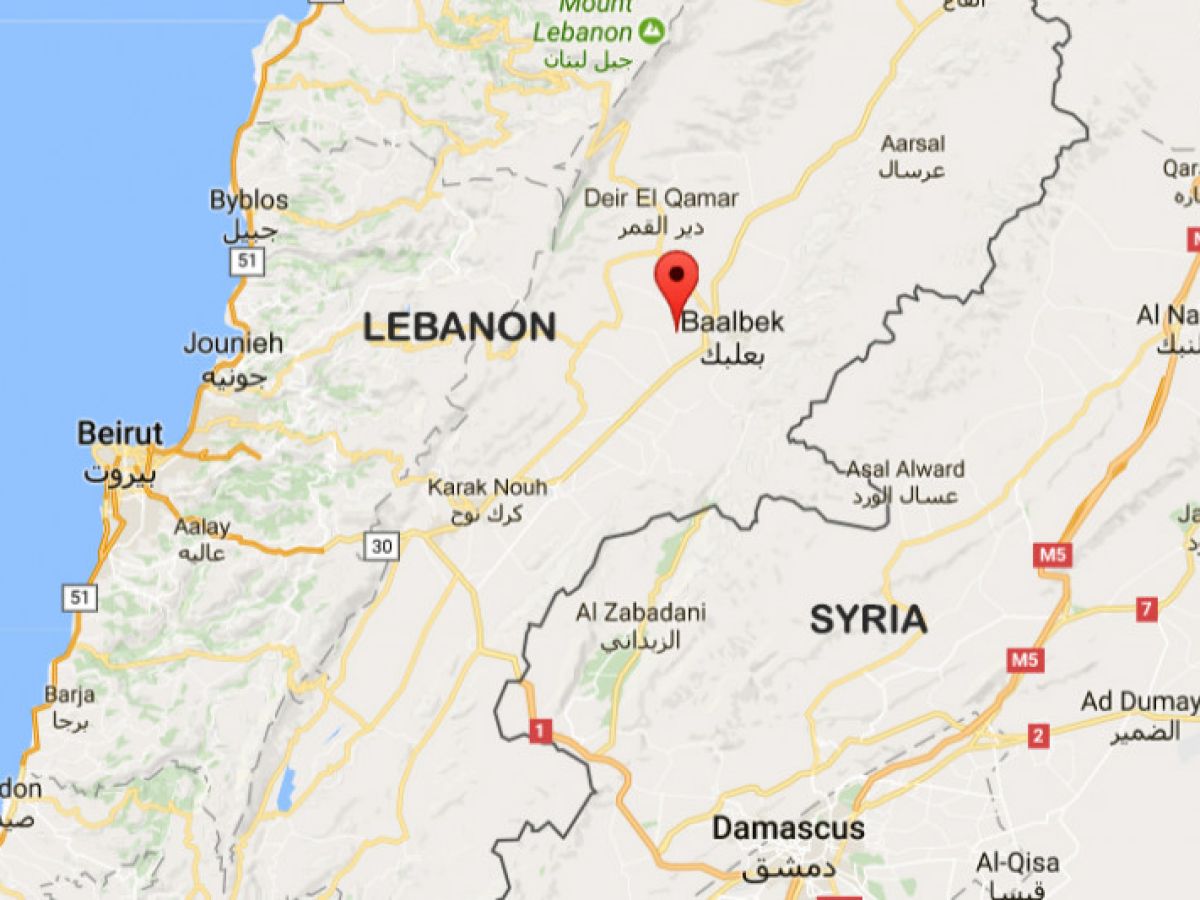 BEIRUT: Residents of Tfail, a Lebanese farming community on the border with Syria, say they are powerless to stop their farmland being destroyed by bulldozers watched over by gunmen who appear intent on taking control of the town.

According to anxious residents, confusion over the boundary between Lebanon and Syrian is adding to the problem, with many sections of the border yet to be demarcated.

The issue has drawn the attention of Lebanese leaders, with former prime minister and head of the Future Parliamentary Bloc Saad Hariri last Tuesday voicing his “deepest concerns” over developments in the village.

Hariri suggested the threat to Tfail might be part of “a dark scheme of displacing its inhabitants as part of plans to make demographic changes in the region.”

The Lebanese-Syrian border is 380 km long, but only a 40 km section was demarcated in 1935 after greater Lebanon was established. The war in Syria has stalled attempts to demarcate the rest.

Syrian Foreign Minister Walid Al-Muallem said 10 days ago that his country “will not demarcate the borders with Lebanon, neither will it accept the deployment of international forces on the borders, for this is only done among enemies.”

Syria has been refusing to recognize the border with Lebanon ever since Greater Lebanon was created in 1920 , 100 years ago. Syria considers Lebanon as part of greater Syria. Former president Hafez al Assad, father of president Bashar al Assad used to tell the Lebanese leaders , Lebanon and Syria are 1 country under 2 governments .

Tfail resembles a peninsula within Syrian territory, and there is no access to the town from the Lebanese side. In order to get to other Lebanese cities or towns, residents have to go to Damascus before heading to their destination in Lebanon and vice versa.

However, the war in Syria, and particularly the battles in the Syrian Qalamoun mountains, led to the displacement of Tfail’s residents, Lebanese or Syrian refugees who headed to various Lebanese regions via the town of Brital.

Tfail residents work in agriculture or serve in the Lebanese army. Most of the townsmen are Sunnis.

Three Syrian towns lay near Tfail: Hosh Arab to the east, Assal Al-Ward to the north and Rankous to the south. Ham is the closest Lebanese town to Tfail and is linked to the village via rugged roads. Tfail gets basic services from Syria, including telecommunications and electricity.

Arab News investigated what was going on in the town. Sheikh Ayman Al-Rifai, former mufti of Baalbek-Hermel governorate, said that: “The Lebanese central bank owns 1,800 shares of the town’s lands, after having confiscated properties owned by MEPCO Bank, while there are other lands owned by various people.

“Meanwhile, there are people who have encroached on these lands, cultivated, and inherited them without having legal documents of ownership. It seems a Lebanese citizen from the town bought land where there was previously a Syrian checkpoint, and started cultivating it, which infuriated Tfail residents.”

Al-Rifai said that he had contacted the Lebanese army to find out what was going on and pointed out that “the officer in charge informed him that the leveling of the land enabled the army to set a checkpoint, which was for the benefit of Lebanon.”

Rumours are suggesting that the buyer was a Syrian man linked with the regime of Syrian President Bashar Assad.

Diqqo said he bought 20,000 dunums from Mahmoud Ali Khanafer, a Lebanese from south Lebanon, and that he has title deeds issued by Lebanese authorities. The durum is an old Ottoman area unit representing the amount of land that could be ploughed by a team of oxen in a day . A metric durum is 1/10 of hectar or 1000 square meters. The area therefore could be as large as 20 million square , which appears to be very large number for a small village of 70 homes.

However, he refused to reveal the amount he paid for the land, noting that he is a “partner with the Lebanese central bank in owning the town.”

Diqqo said that “there are 70 houses in Tfail, 45 of which are owned by Syrians and 25 by Lebanese, while only 10 houses are permanently inhabited by Lebanese.”

He said that “neither Hezbollah nor the Syrian regime have anything to do with what he is doing in the town,” and insisted that he is “executing a developmental project to plant 100 fruit and forest trees over a period of five years as part of an investment plan to set a water-filling factory, as water resources are abundant in Tfail.”

Diqqo said that he has provided jobs for 200 Lebanese and Syrian nationals.

He said that a road that was repaired to link the town with Lebanese territory is illegal since it was set without securing land acquisitions.