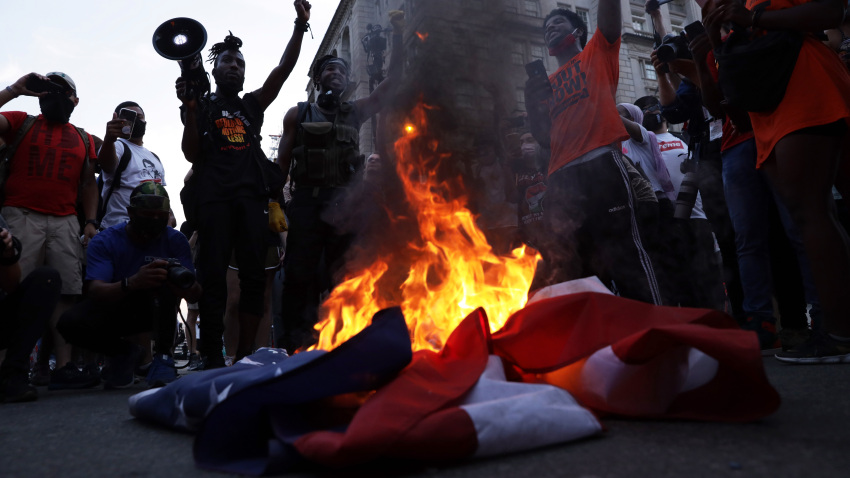 A group of protesters in the US capital Washington D.C. burned an American flag on Black Lives Matter Plaza Saturday.

After some arguments, the group managed to get a larger flag and set it on fire outside Lafayette Square to chants of “slavery, genocide and war — America was never great,” Alvarez reports.

I’m back near the White House. It’s been a few weeks since the big fence went up around Lafayette Square again, but a round-the-clock protester presence wasted no time covering it with a new set of signs and memorials. pic.twitter.com/SwYWchQMka

Hundreds of protesters marched from Black Lives Matter Plaza to the National Mall, where there were tense moments between protesters and supporters of President Donald Trump.

“Riot police confronting protesters on the National Mall — fully geared up with batons, shields and all — while fireworks boom in the sky with patriotic music blaring might be the ultimate snapshot of where we are as a country right now,” Alvarez tweeted.

Hundreds have marched from Black Lives Matter plaza to near the base of the Washington Moniment, moving onto the National Mall between the tons of people sitting on the grass to watch the fireworks starting soon. pic.twitter.com/upN4h9JGLg

In Baltimore, a group brought down a statue of Christopher Columbus and threw it into the Inner Harbor.