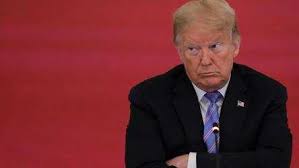 Over the past month, Joe Biden has opened up a double-digit lead over Donald Trump in national polls.

• For the first time since the movement’s inception, Black Lives Matter won the support of a large majority of voters — and a slim majority of white ones.

• The percentage of Americans who say that “racial discrimination is a serious problem,” that “police are more likely to use deadly force against Black people,” and that “white people are more likely to get ahead” all hit record highs in various tracking polls.

• For the first time in 55 years of polling the question, Gallup found more support for increasing immigration among the U.S. public than for reducing it.

• A Pew Research survey found that Biden boasts his largest advantage over Trump on two questions: Which candidate voters trust to “effectively handle race relations,” and which one can “bring the country closer together.”

• The Republican government of Mississippi voted to retire the last remaining state flag featuring a Confederate emblem. Five years ago, a white supremacist slaughtering African-American churchgoers at a Bible study wasn’t enough to get the Magnolia State to heed calls for removing a tribute to the slavocracy from its official symbol. In 2020, the murder of George Floyd proved sufficient.

• And Donald Trump concluded that the reason he is losing support to Joe Biden is that he hasn’t been nearly racist enough.

This account of Trump’s private reasoning comports with his public actions in recent days. Just this week, the president has:

• Described New York’s plan to paint “Black Lives Matter” down Fifth Avenue as a plot to affix a “symbol of hate” onto the city’s “greatest street.”

Threatened to end an Obama-era policy that bars local governments from accessing federal housing funds unless they make affirmative efforts to track and reduce racial segregation in their communities. Trump said that he was reviewing this regulation on behalf of the “great Americans who live in the Suburbs,” and lamented that the policy is “not fair to homeowners.”

• Vowed to veto the Defense Authorization Act unless an amendment requiring the renaming of U.S. military bases that presently honor Confederate generals is stripped from the bill. (In announcing this position, Trump made sure to note that the amendment was sponsored by “Elizabeth ‘Pocahontas’ Warren.”)

If one imagines Trump to be a rational political actor, it is difficult to make sense of these actions. According to Axios, Trump soured on Kushner’s calls for triangulation on criminal justice out of concern that indulging such reforms might be “seen as undercutting police” — as though anti-reform cops and Blue Lives Matter bumper-sticker owners were swingconstituencies. George Floyd’s death has created plenty of political challenges for Trump. But one thing it absolutely hasn’t done is jeopardize the Republican Party’s grip on single-issue, “unshackle the police” voters.

If subjecting the United States to the worst coronavirus outbreak in the developed world — and the highest unemployment rate since the Great Depression — has not cost Trump the support of his culturally conservative base, then an executive order barring cops from using choke holds (unless they really feel like it) isn’t going to either. A president with a 40 percent approval rating doesn’t need to sweat the enthusiasm of his faithful; an enthused voter’s ballot doesn’t count for more than a reluctant one’s. Rather, Trump’s overriding preoccupation should be winning back the voters who’ve been drifting away from him. And there is no evidence that such Americans have been alienated by his failure to turn the racial demagoguery dial up to 11. As The Atlantic’s David Graham notes, the recent upsurge in white Americans’ support for Black Lives Matter has corresponded with a precipitous drop in Trump’s standing among the demographic.

Since the onset of the pandemic, the president hasn’t actually lost much ground among the idiosyncratic minority of Black and Latino voters who’d been supporting him up to that point. But Trump has been hemorrhaging the votes of white college-educated Americans — particularly white college-educated women. In 2016, Hillary Clinton won that contingent by 7 points in exit polls; in the New York Times’ most recent national survey, Biden beats Trump with such voters by 39.

In truth, Trump’s approach to the 2020 campaign is no more rational than his approach to COVID-19. The president has as much reverence for political empiricism as he does for the public-health variety. To gauge the efficacy of a given campaign tactic, Trump does not turn to polling crosstabs; he turns on Tucker Carlson. The mogul’s religious devotion to right-wing media was a source of genuine strength in the 2016 Republican primary. Other GOP candidates pandered to Red America’s legions of Fox News grandpas, but only the billionaire was authentically one of them.

In the present context, however, the fact that Trump is a maniacal narcissist and cable-news addict works to his detriment. Other candidates court media attention in order to secure political power. Trump, by contrast, sought political power in order to secure media attention. His highest ambition is to see himself affirmed on his favorite television programs, and to feel himself loved in front of an audience of hooting supplicants. Convening mask-free, indoor rallies in swing states with soaring COVID-19 infection rates is a poor way to go about trying to win reelection, but it’s a sound strategy for securing an applause junkie a quick hit of validation. When Trump carefully monitors Tucker Carlson’s assessment of his racial politics — while ignoring that of swing voters — he is undermining his own long-term political interests, but faithfully attending to his near-term psychological ones. Of course, the president isn’t inclined to view himself as self-destructively narcissistic, and has thus (reportedly) convinced himself that his favorite infotainers channel the preferences of a “silent majority” too taciturn to make itself heard in opinion polls.

And if Trump doesn’t accept that soon, then the loud minority he’s been courting will go mournfully quiet on Election Night.