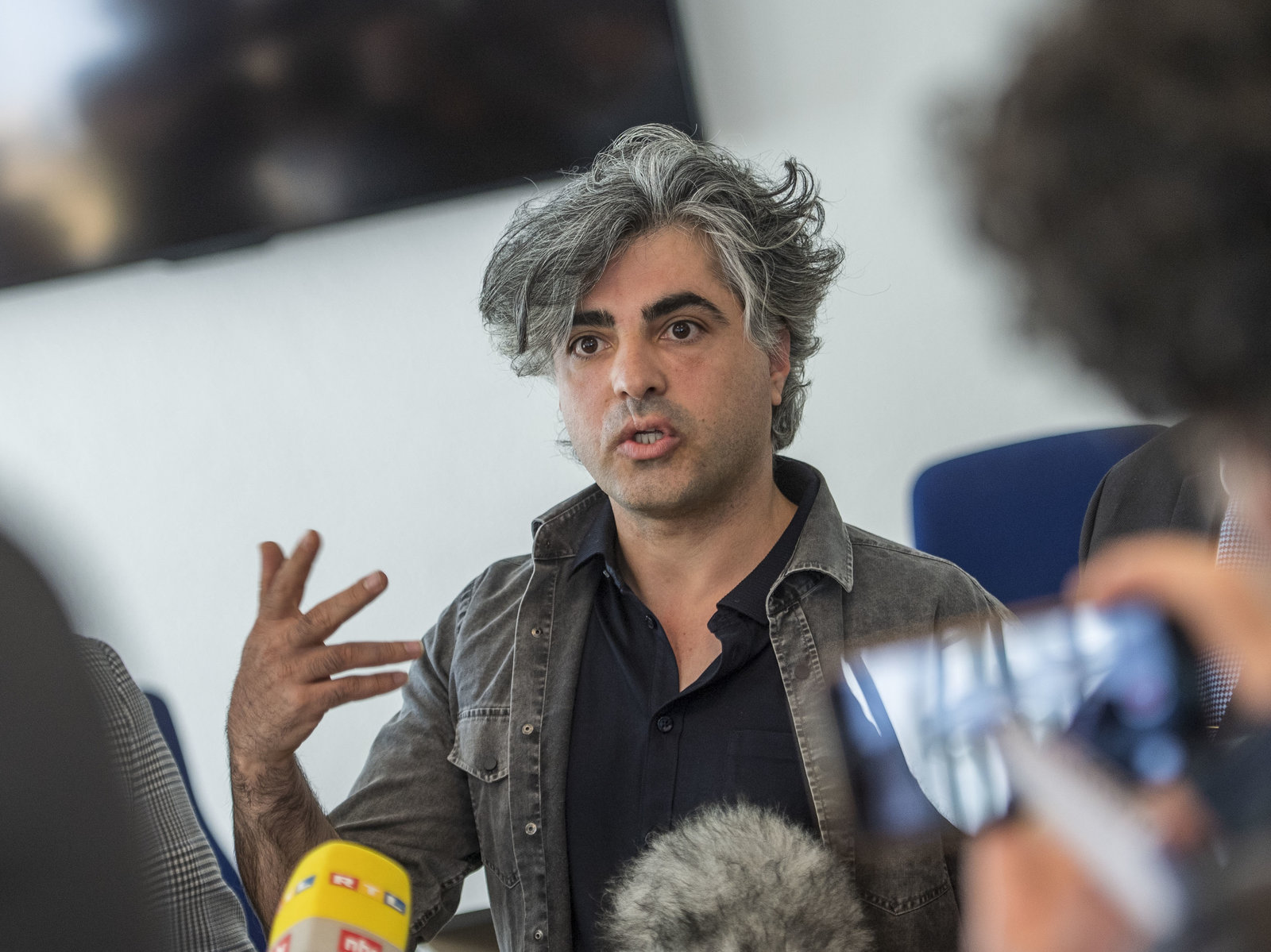 Syrian Oscar-nominated filmmaker Feras Fayyad answers journalists’ questions outside a courtroom during a break in a trial against two Syrian defendants accused of state-sponsored torture in Syria, on April 23, in Koblenz, Germany. Thomas Lohnes/AFP via Getty Images
Share:

An Oscar-nominated Syrian filmmaker is testifying in a German trial against a Syrian intelligence officer who he alleges sexually assaulted him during prolonged torture in a Damascus detention centre in 2011.

Feras Fayyad will join over 20 Syrian torture victims who will be testifying in the trial, which began in April and is looking at state-sponsored torture directed by President Bashar al-Assad.

The case, which began in April and is expected to last for two years, is being considered by a court in the German city of Koblenz.

Anwar Raslan, 57, is a former high-ranking officer who is charged with crimes against humanity over his position as interrogations chief at the infamous Al-Khatib prison in Damascus.

Fayyad accused Raslan of engaging in a range of torture methods including, most shockingly, sexual assault.

The filmmaker said he was raped with a wooden baton in 2011 and needed surgery when he was released two and a half months later back.

He was also hung by his wrist for hours, beaten, lashed, starved, and interrogated while he was blindfolded.

Fayyad identified the man who tortured him in the German court as Anwar Raslan.

In a 40-page statement read by his lawyer on 18 May, Raslan denied torturing or beating any prisoners, and repeatedly denied responsibility for all allegations against him, American broadcaster NPR reported.

In 2011 as anti-Assad protests erupted across Syria, Fayyad had taken to the streets to document the peaceful demonstrations.

He, like thousands of others, were quickly swept up in the government’s violent crackdown of protesters and he was arrested and accused of spying and acting against the regime.

"Will the UAE defy the Caesar Act to continue normalisation of the Assad regime?" https://t.co/bVH0s2JPGo

“Oh, you are the director making a film against Assad, so then, they will kill you. You will be hanged,” he recalls prisoners telling him.

After two and a half months in detention Fayyad was released and he fled Syria, before returning secretly to Aleppo to film Last Men in Aleppo, a documentary about civilians living under war.

After Last Men in Aleppo he directed The Cave, a documentary following a female doctor working in the besieged Ghouta area near Damascus, which was shortlisted for an Oscar in 2019.

Fayyad told NPR that he was willing to forgive Raslan if he admitted to the accusations against him.

“If he admits these things happened, then I have to forgive him. I feel that forgiveness is the only way I can live in peace,”

Raslan defected from the regime in 2013 and joined the rebels before fleeing to Germany and applying for asylum.

In 2019 he was arrested and charged with crimes against humanity, including 58 counts of murder and at least 4,000 cases of torture.