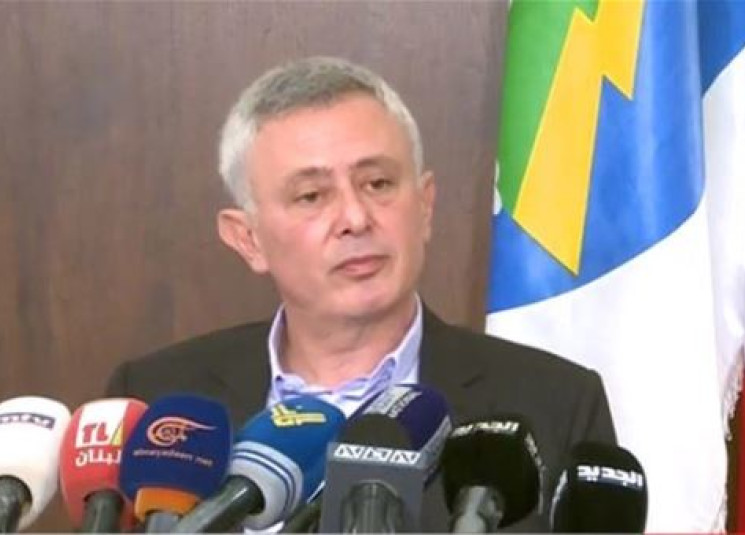 Marada Movement leader Suleiman Franjieh warned officials on Wednesday of the potential for ‘ civil war’ when “hunger” increases in the coming period.

Franjieh who is an ally of Hezbollah and the Syrian regime pledged allegiance to the so called ” Axis of Resistance,”

“Our main concern is not to reach a civil war, seeing as we will enter a dangerous phase characterized by hunger, and we have to overcome it without giving up our principles,” said Franjieh during an interview with al-Mayadeen TV.

“Officials must show great awareness and national responsibility to avoid the threat of internal strife,” he added.

Separately, Franjieh who was one of the former presidential candidates said he wants Lebanon’s next presidents to be “an ally of the Axis of Resistance,” noting that “circumstances will dictate the president’s name.”

“My deep-rooted convictions as part of the Axis of Resistance do not contradict with being open and consensual. We are advocates of dialogue and we oppose the elimination of any group or sect,” he added.

“I will not abandon my allies, even if I pay the price of that,” he said.

Franjieh added: “My name is Suleiman Franjieh, and the same as I will not change my name, I will also not change my political stances. My stance is firm alongside the Axis of Resistance.

Franjieh is the grand-son of the late Suleiman Franjieh, the Lebanese president who asked for Syria’s help in crashing his opponents during the civil war in 1976 .

The Marada Movement leader is competing with president Aoun’s son-in-law Gebran Bassil for the presidency . Hezbollah chief Hassan Nasrallah who considers himself the Axis of Resistance spokesman reportedly promised him the presidency in 2022 if he did not oppose Aoun’s election . But Bassil has been jockeying for the position ever since as Nasrallah has been assuming the position of a kingmaker .

The Lebanese people have been protesting against the corrupt sectarian political system in Lebanon that stipulates the president must be Christian Maronite , the PM a Sunni. Muslem and the Speaker a Shiite Muslim.

The Iranian backed Hezbollah militant group which is funded by Iran is the only militia that was allowed to keep its arms at the end of the civil war. It claims it still needs to keep its arms for resistance agains Israel which withdrew from Lebanon 20 years ago . Hezbollah has since been acting as Iran’s proxy in the region by using its fighters and arms to support regimes that are loyal to Iran such as the Assad regime in Syria.