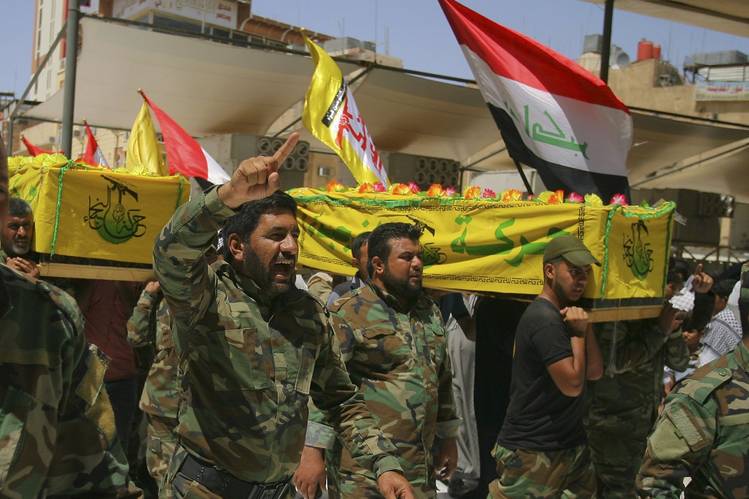 The opposition activist group said Israel was “likely responsible” for the strikes that targeted positions of Iran-backed forces near the Iraqi border.

There was no official comment from Israel, which rarely confirms details of its operations in Syria. Israel considers Iran’s involvement in Syria a threat and says it will stop its attacks.

Since the start of the Syrian civil war in 2011, Israel has targeted government troops, allied Iranian forces and fighters from the Lebanese group Hezbollah.

On Saturday, air strikes, also attributed to Israel, hit positions belonging to government forces and Iran-backed militias near the border with Iraq, the observatory said.

On 23 June, suspected Israeli strikes killed seven fighters, including two Syrian soldiers strikes in the eastern province of Deir Ezzor and the southern province of Sweida, according to Syrian media.

The observatory said the increase in attacks has led to concerns among Iran-backed forces in east Syria that Israeli agents may be among their ranks.

These forces have arrested four people on suspicion of providing intelligence to Israel, the activist group reported on Sunday, shortly before the latest raids.

Last week, the US Caesar Act, a law that targets businesses linked to the Damascus-led reconstruction efforts in Syria with crippling sanctions, went into effect.