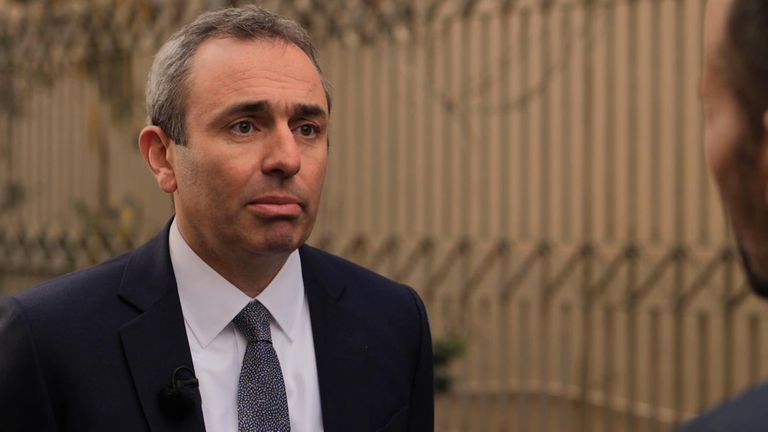 British Ambassador to Lebanon Chris Rampling declared on Saturday that Lebanon is in trouble and the Lebanese will not come out of this if they do not focus on their national interest . He accused the Iranian backed Hezbollah militant group of violating Lebanon’s dissociation policy and of destabilizing the country and warned that If this situation will continue he cannot predict the outcome for the country.”

In an interview with Independent Arabia, Rampling said that the long-awaited economic reforms are more necessary than ever and made it very clear that foreign financing will not flow into Lebanon in the absence of comprehensive economic reforms implemented by the Lebanese authorities.

“Last year, a decision was taken to ban Hezbollah as a whole including its political wing, and this is an important part of our policy.”

He said London realized that Hezbollah has been directly violating Lebanon’s dissociation policy, destabilizing the region and the stability of Lebanon as well.

His comments come a day after the US and UAE warned Lebanon about maintaining ties with Hezbollah, as the country’s president convened a meeting to bring together political parties with the aim of “fortifying civil peace.”

US Secretary of State Mike Pompeo told reporters on Wednesday that the US was prepared to communicate with any Lebanese government that carried out real reform, telling a press conference that the world would act in the interest of Lebanon if this was achieved, and if the government operated in a way that was not “beholden to” Hezbollah.
“Lebanon’s financial crisis is rooted in decades of state corruption and waste,” he added.
The UAE’s minister of state for foreign affairs, Anwar Gargash, went one step further in his assessment of the country’s plight. “Lebanon is paying the price of deteriorating ties with wealthy Gulf Arab states as it struggles to cope with a deep economic crisis,” he said in an interview.

“The UAE repeatedly warned Beirut about deteriorating relations with the Gulf. If you burn these bridges it will be very difficult for you to use the huge reservoirs of goodwill and financial support that Lebanon needs.”

The strong words by the UAE’s minister came ahead of a dialogue meeting convened by President Michel Aoun at Baabda Palace last Thursday.

But, in a clear sign of entrenched positions and deep divisions, opposition parties, former President Amine Gemayel, and all former prime ministers boycotted the meeting.

Former President Michel Suleiman criticized Hezbollah at the meeting for breaking national agreements, thereby preventing the implementation of the state’s pledges and resulting in its isolation, its loss of credibility, and a loss of confidence by friendly countries, the Lebanese people, investors, depositors, and tourists. “This has contributed to the decline of the national currency,” he stressed.

The Lebanese currency was pegged at the rate of 1507.5 LL to the US dollar but was trading in the black market at 7500 LL to the dollar on Saturday or nearly 20 % of its pegged value .
Suleiman called for a return to the 2012 Baabda Declaration, which was aimed at preventing any Lebanese nationals from fighting in Syria, whether alongside the opposition or President Bashar Assad’s regime. He also called for the formation of a national authority to abolish political sectarianism and said that measures to repel Israeli aggression must be restricted to the “legitimate authority, ” meaning the Lebanese Army only .