Where are Lebanon’s reforms? 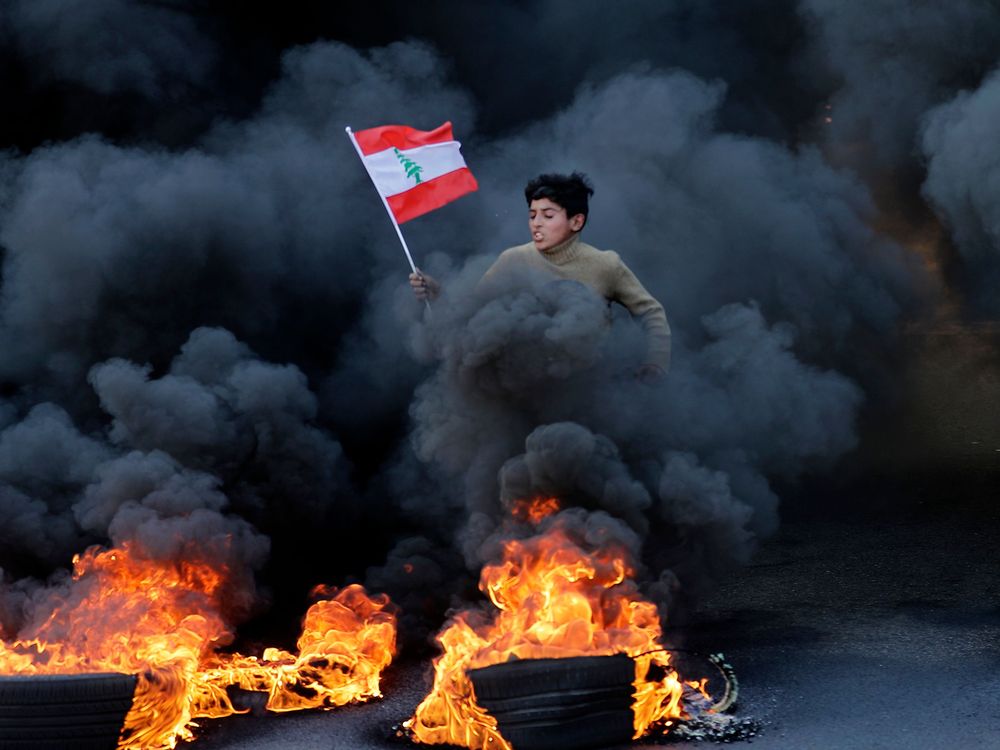 Lebanon has been “plagued by a mosaic of ailments,” Hezbollah’s spokesman, Ibrahim Mousawi, tells Conflict Zone. But is his party – banned in many countries as a terrorist group – helping or hindering critical reforms?

“We have never supported any corrupt person,” Ibrahim Mousawi, a spokesman and MP for Hezbollah has said on DW’s Conflict Zone, when challenged on the group’s record.

In the interview, host Tim Sebastian raised the invitation from the leader of Hezbollah, Hassan Nasrallah, to Lebanon’s judges, who he called on to be “brave” and investigate any cases related to the group.

Sebastian challenged Mousawi on whether this was a genuine offer and asked if he thought people had forgotten the group had seized part of Beirut by force in 2008, in response to the removal of corrupt airport officials and the closure of its illegal communications system.

Mousawi said this was “misinformation.”

In a publication in 2019, Transparency International reported that 68% of people in Lebanon thought corruption had increased in the last 12 months.

Over the same period, 41% of public service users said they had paid a bribe – the highest level of the six Middle Eastern and North African countries covered in the report.

Mousawi said his group, which was banned in Germany in April as a terrorist organization, had warned of corruption in Lebanon.

“We were among the first to have a file of fighting the corruption. We said that corruption is a top priority, that unless we fight it genuinely, we are going to reach where we reach now, the collapse of the Lebanese economic system.”

“We cannot simply hold one party responsible for what happened. We take our share and we are trying to join forces with others in order to fight this corruption,” he went on to say.

Enough blame to go round

But tackling endemic corruption is only one of Lebanon’s myriad challenges.

“Everybody is responsible” for Lebanon’s problems, Mousawi said, citing the country’s sectarian political system as one of the root causes of its economic crisis.

Lebanon’s ‘confessional’ system divides power along religious lines and has cemented the divisions between its many sects.

“We are one component of the mosaic of components and constituencies in the Lebanese society. We take our share and the others have to take their responsibilities, and they should be blamed for what they did,” said Mousawi.

Hezbollah were kingmakers in creating the new government in Beirut in January and hold seats in the cabinet.

While the administration was billed as technocratic, protesters have demonstrated against it for being too close to the sectarian powers they blame for the country’s ills.

Beirut has now begun talks with the International Monetary Fund to agree a deal worth billions of dollars to rescue its parlous economy.

But in recent days, an adviser to the finance ministry, Henri Chaoul, quit his role over the failure of politicians and financial authorities to confront the true scale of the losses to Lebanon’s financial sector.

“I have come to the realization that there is no genuine will to implement either reforms or a restructuring of the banking sector, including the Central Bank,” Chaoul said.

Mousawi admitted there was “a kind of chaos in diagnosing the problem” and there were “differences in the numbers and the estimates of the loss that’s taking place in the financial and economic level.”

“But still, I do tell you that we are part of this government now. We’ve been part of other governments before. And we are ready to take our responsibility in this and we are doing this.

Protesters in Lebanon continue to demonstrate, including in defiance of lockdown measures, against the country’s elite, who they hold responsible for the mismanagement that has driven the economy into the ground and many into poverty and joblessness.

Sebastian confronted Mousawi on reports that Hezbollah supporters and allies from Amal – who are led by Nabih Berri, the speaker of the parliament – had attacked protesters. These reports were untrue, Mousawi said.

“I tell you that we are not part of those who suppress the people. We are with the masses, we are with those who demonstrated, we want to protect them. We have the same issue.”

“This genuine demonstration by the people, we were very happy to see that people came down to the streets in order to protest against all the corruption, against what’s happening.”

But Mousawi said other protesters had not been genuine and used the demonstrations for “other political reasons.” But there had been no attacks by Hezbollah supporters on them and the suggestion was poorly researched, he said.

“And here was the problem, when they started to attack the civil society and the civil public places. And here the governmental forces interfered. We have never attacked any one of them. And I’m sorry I hear you saying this.”