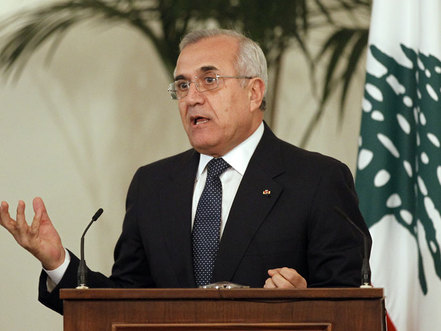 “Hezbollah has broken the agreements, which prevented the implementation of the state’s pledges, caused its deadly isolation, made it lose its credibility and the confidence of friendly countries and Lebanese living abroad, made it lose investors, depositors and tourists, which have all contributed to the decline of the national currency,” Suleiman declared

Raad and Ferzli defended the so called ‘ Resistance’ and its arms .

The Baabda Declaration was issued in June 2012 following a national dialogue session and it calls for neutralizing Lebanon from the policies of regional axes except for issues related to Arab consensus and the Palestinian cause.