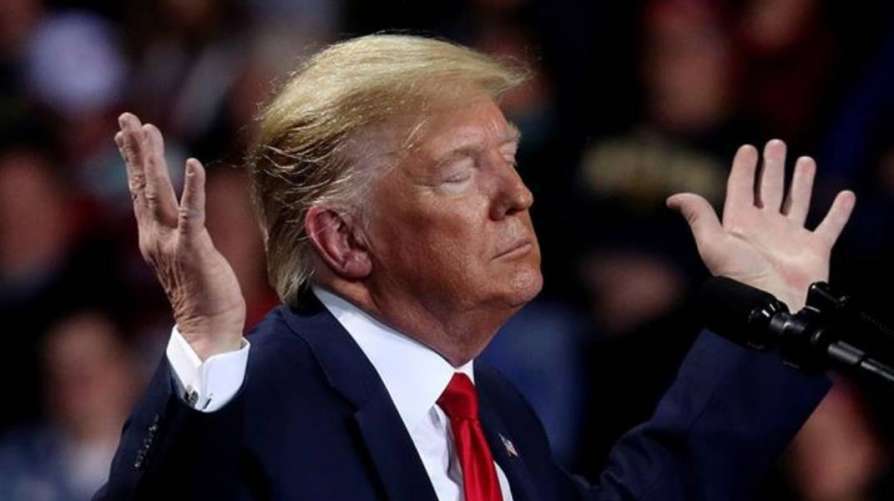 Donald Trump made his return to the campaign trail in Tulsa, Oklahoma, on Saturday night after the coronavirus sent the country into shutdown but faced an audience of reportedly just 6,200 people after his campaign had bragged they had received 1m registrations for tickets.

Rally attendance was a huge topic of debate following the event, with the Trump campaign telling The Independent it registered 12,000 people walking through metal detectors in response to reports indicating only 6,200 attended.

Also a report surfaced that a TikTok campaign lead by teenagers potentially impacted the numbers the campaign expected on Saturday, Viral videos encouraged people to request a seat at the rally but then not attend, influencing how many the campaign would expect.

On stage at the BOK Center, the president mocked the dangerous respiratory disease that has killed some 121,000 Americans as the “kung flu”, likened it to the “sniffles” and admitted he had ordered his team to “slow the testing” for Covid-19 because the infection statistics were so unfavourable to him in an election year.

He also sneered at peaceful left-wing protesters in Seattle, continued to obsess over negative media coverage of his recent West Point graduation speech at which he was laughed at for walking unsteadily down a ramp and struggling to hold a glass of water and made the shocking and baseless allegation that Democrats want to legalise “after birth execution”.

Mr Trump’s statement that he suggested officials to “slow down testing” made the most waves following the rally, with health officials accusing the president of having “blood on his hands” by denying testing to citizens.

The White House later walked back the president’s statement by stating he was joking.

For Father’s Day, the president celebrated by visiting his golf club in Virginia. He remained silent on Twitter, his medium-of-choice, through out the day amid coverage over his campaign rally. But reportedly the president was “furious” over his “underwhelming” rally turnout.