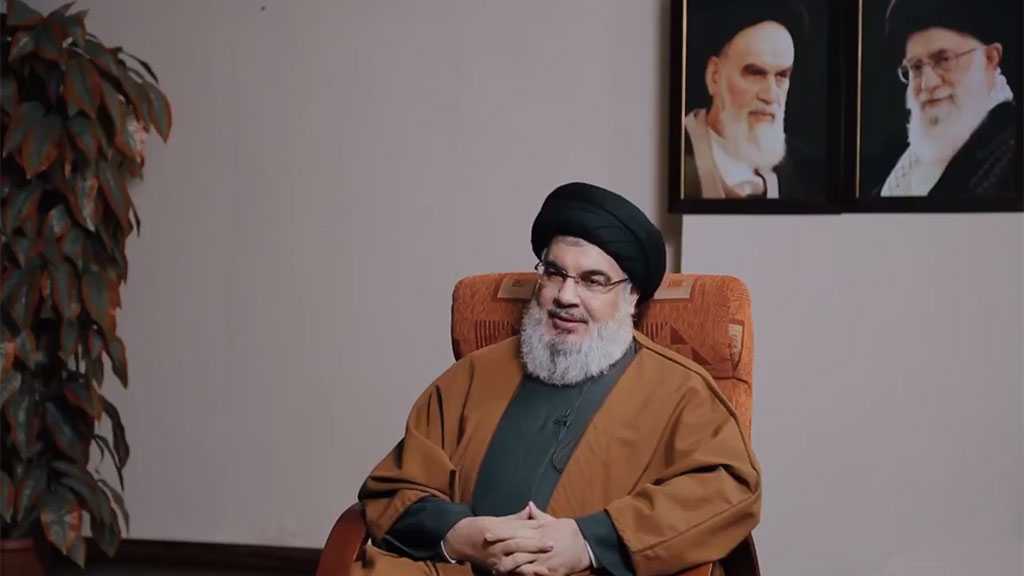 Hezbollah chief Hassan Nasrallah on Tuesday distanced his party from the rioters who ransacked central Beirut in the weekend and denied seeking a government change, as he described the dollar shortage crisis as a U.S. “plot.”

“When protests erupted over the rise in the dollar exchange rate and acts of violence occurred in Beirut and Tripoli, some held the Shiite duo responsible and said the Shiite duo wanted to topple the government. In the past they said this is Hezbollah’s government, so is Hezbollah stupid to topple its government? This is a sign of confusion and absurdity,” said Nasrallah in a televised speech.

“There is an interest in the continued presence of the government and it should exert as much efforts as possible, seeing as the situation cannot withstand any changes,” he added.

Condemning “attacks on public and private property and security forces, the blocking of roads and insults against symbols and sanctities,” Nasrallah confirmed that members of Hezbollah and AMAL Movement had deployed on the ground in some areas to prevent motorcycles moving in groups from heading to central Beirut.

“We will do anything, even autonomous security, to prevent a return to frontlines, strife and chaos in the country,” he pledged.

Addressing the dollar crisis, Nasrallah accused the United States of preventing dollars from reaching the crisis-hit country and preventing the central bank from pumping enough dollars into the markets.”

A dive in the pound currency last week sparked fresh protests in Lebanon, prompting the government to announce that the central bank would begin injecting scarce dollars into the market this week to reverse its fall.

Central Bank Governor Riad Salameh said on Tuesday the central bank was working with money changers to gradually reduce the dollar price but has not commented on whether dwindling reserves had yet been deployed to boost the pound.

“Under the pretext that dollars are being collected in the (Lebanese) market and being taken to Syria, the Americans are preventing dollars from coming to Lebanon, even what is in the hands of the Lebanese central bank for the Lebanese market,” said Nasrallah.

The local currency has lost more than 60% of its value since late last year, when Lebanon plunged deep into a financial crisis that has pushed the government to seek help from the International Monetary Fund.

On the ongoing IMF talks, Narallah said they could take months and that there was “talk” it could take a year, asking, “Can the country bear a year?”

Commenting on tough new U.S. sanctions taking effect this month on Syria, Nasrallah called them the “last American weapon” and said Syria’s allies would not allow the sanctions to defeat Syria.

Nasrallah also accused the United States of engineering the collapse of the Syrian currency, but vowed that Assad’s allies would stand by the regime.

“The allies of Syria, which stood by its side during the war… will not abandon Syria in the face of economic warfare and will not allow its fall, even if they are themselves going through difficult circumstances,” he said.

Lebanon too is experiencing the worst financial meltdown since the end of its own 1975-1990 civil war, as well as being rocked by months of anti-government protests.

Nasrallah called on the Lebanese government “not to submit” to the Caesar Act.

“Syria has won the war… militarily, in security terms and politically,” he added, describing the law which comes into force Wednesday as Washington’s “last weapon” against Damascus.

Nasrallah also said his group would propose to the Lebanese government to turn to Iran to secure its basic needs, without needing U.S. dollars. He said China is also ready to invest in Lebanon. He added that Hezbollah has other cards to play but didn’t elaborate.

The United States on Tuesday warned Assad that he would never secure a full victory and must reach a political compromise.

Kelly Craft, the U.S. ambassador to the United Nations, urged him to accept a Security Council resolution calling for a ceasefire, elections and political transition along with U.N.-led talks.

“The Assad regime has a clear choice to make: pursue the political path established in Resolution 2254, or leave the United States with no other choice but to continue withholding reconstruction funding and impose sanctions against the regime and its financial backers,” Craft said.