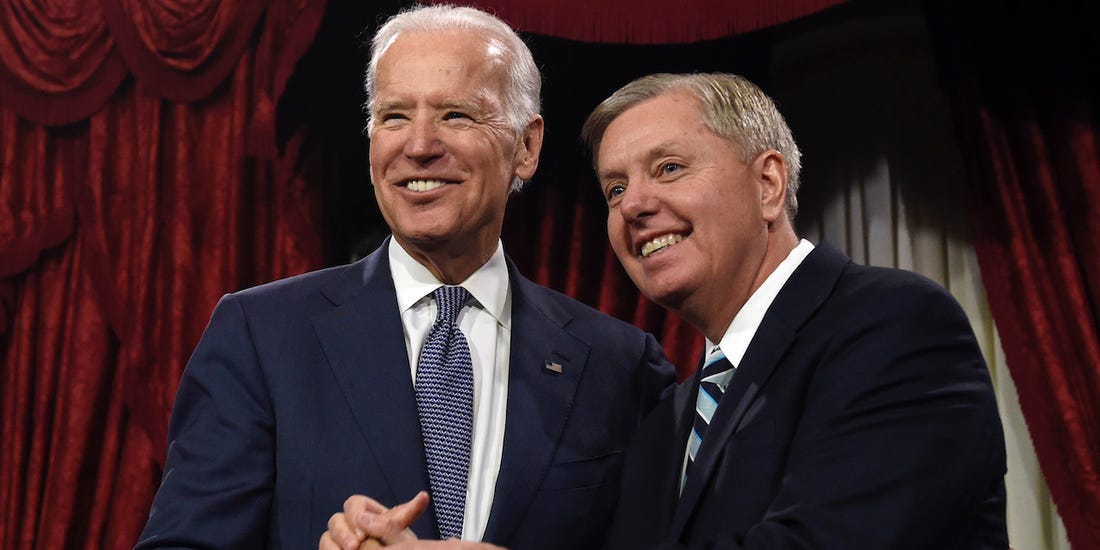 Lindsay Graham a former staunch supporter of president Trump called Joe Biden ‘as good a man as God ever created’ in a resurfaced 2015 interview.
Share:

In 2015, Graham said, “What is Donald Trump’s campaign about? He’s a race-baiting, xenophobic, religious bigot. You want to know how to make America great again? Tell Donald Trump to go to hell.”

The RVAT Ad goes on to include Graham’s former effusive praise of Biden’s character, made by before Trump won the presidency, in which he says the former VP was “as good a man as God ever created.”

“If you can’t admire Joe Biden as a person, there’s probably, you got a problem. You need to do some self-evaluation, because what’s not to like?”

Graham continues saying, “He is as good a man as God ever created. He said some of the most incredibly heartfelt things that anybody could ever say to me. He’s the nicest person I think I’ve ever met politics.”

The ad ends with Graham calling on Republican voters to reject Trump adding, “This is a defining moment in the future of the Republican Party. We have to reject this demagoguery. And if we don’t reject Donald Trump, we’ve lost the moral authority, in my view, to govern this great nation.”