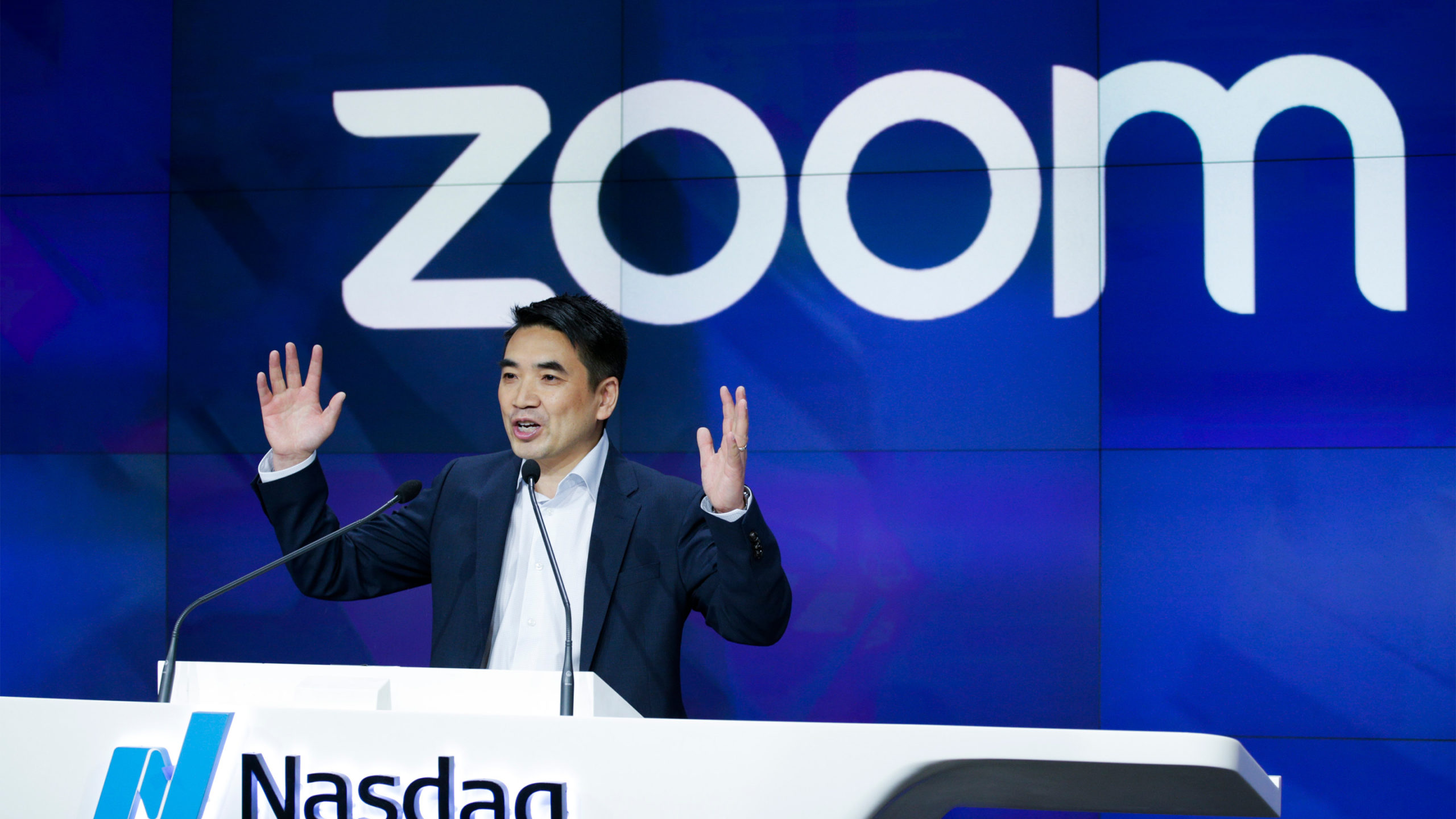 Zoom has admitted it suspended the accounts of human rights activists at the behest of the Chinese government and suggested it will block any further meetings that Beijing complains are illegal.

On Thursday the video conferencing platform was accused of disrupting or shutting down the accounts of three activists who held online events relating to the Tiananmen Square massacre anniversary or discussing the crisis in Hong Kong. None were given an explanation by Zoom.

Following media reports, late on Thursday Zoom said it had been contacted by the Chinese government in May and early June about four Zoom meetings to commemorate the Tiananmen Square massacre that were being publicised on social media.

“The Chinese government informed us that this activity is illegal in China and demanded that Zoom terminate the meetings and host accounts,” it said. “We did not provide any user information or meeting content to the Chinese government. We do not have a backdoor that allows someone to enter a meeting without being visible.”

The statement raises questions about Zoom bowing to Chinese pressure. Unlike many Western social media platforms, it is not blocked in China. The company did not explain under what law the meetings – which were hosted outside mainland China – were deemed to be illegal.

It is unclear why the company would shut down the accounts of Zoom users based in the US and in Hong Kong. The account of Zhou Fengsuo, a Chinese activist based in the US, was shut down days after he hosted a memorial for the Tiananmen crackdown.

Lee Cheuk-Yan, a pro-democracy campaigner in Hong Kong who organises a yearly Tiananmen vigil, saw his account shut down just before hosting an event on a controversial extradition law that caused mass anti-government protests in the city for the last year.

Lee said Zoom’s response was “shameful” and accused it of “political censorship”. “They have restored my account but Zoom continues to kneel before the Communist party,” he said.

“My purpose on opening Zoom is to reach out to mainland Chinese, breaking the censorship of the Chinese Communist party. With this policy it defeats my original purpose.” He said he had closed his account and requested a refund.

Wang Dan, another activist whose Zoom event on 3 June to commemorate the anniversary of the 4 June Tiananmen crackdown was shut down twice, said: “The Chinese communist party is actively attacking democracy around the world. They have already started to intervene in the social system and way of life in the US. The whole world should be on alert.”

Because Zoom is not blocked in China it has been used by some activists who want to reach those on the mainland. Wang and Lee’s events were both hosted outside of mainland China.

Zoom said it would no longer allow requests from Beijing to impact anyone outside of mainland China, however it was developing ways to block people from inside the country. The new measure “will enable us to comply with requests from local authorities when they determine activity on our platform is illegal within their borders”, it said.

“However we will also be able to protect these conversations for participants outside of those borders where the activity is allowed.”

“We hope that one day, governments who build barriers to disconnect their people from the world and each other will recognise that they are acting against their own interests, as well as the rights of their citizens and all humanity.”

On Friday, Hua Chunying, spokeswoman for China’s ministry of foreign affairs, told reporters at a regular press briefing that she was not aware of the details of the case.

US lawmakers and human rights groups have condemned Zoom. US representatives Greg Walden and Cathy McMorris Rodgers sent a letter to Zoom CEO Eric Yuan calling on him to clarify his company’s practices. US senator Josh Hawley asked Yuan to “pick a side: American principles and free-speech, or short-term global profits and censorship”.

“Tech companies should stand together to resist Beijing’s censorship demands and uphold the right to freedom of expression. Otherwise, the grovelling will never end,” she said.