Dow sinks 1,860 points as virus cases in US top 2 million 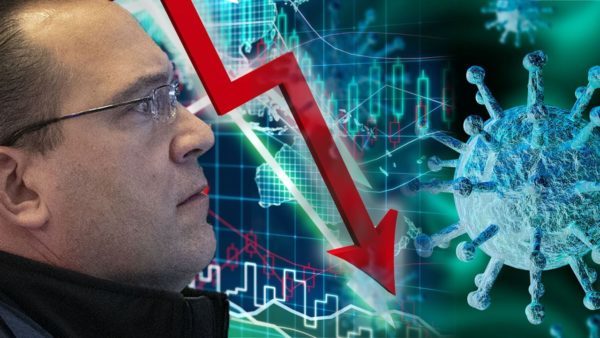 Stocks fell sharply Thursday on Wall Street as coronavirus cases in the U.S. increased again, deflating recent optimism for a quick economic recovery and raising more doubts about how long the market’s scorching comeback can last.

The Dow Jones Industrial Average sank more than 1,800 points and the S&P 500 dropped 5.9%, its worst day since mid-March, when stocks went through repeated harrowing falls as the virus lockdowns began.

Many market watchers have been saying that the comeback in the market since late March was overdone and did not reflect the dire state of an economy in its worst crisis in decades. The S&P 500 rallied 44.5% between late March and Monday, erasing most of its losses tied to the pandemic.

The selling comes as coronavirus cases rise in the U.S., with some of the increase likely tied to the reopening of businesses and the lifting of stay-at-home orders. Cases are climbing in nearly half the states, according to an Associated Press analysis, a worrying trend that could intensify as people return to work and venture out during the summer.

“Not surprisingly, a lack of preventative behavior has led to a resurgence in COVID-19 cases around the country, and the stock market is having another gut check,” said Chris Zaccarelli, chief investment officer for Independent Advisor Alliance.

Investor optimism for a speedy recovery was also dimmed by the Federal Reserve, which warned Wednesday that the road to recovery from the worst downturn in decades would be long and vowed to keep rates low for the foreseeable future.

Those factors, along with the recent run-up in stock prices, set the stage for the wave of selling Thursday.

Small company stocks continued to bear the brunt of the selling, a signal that investors are becoming more pessimistic about a broad recovery in the economy. The Russell 2000 index fell 111.17 points, or 7.6%, to 1,356.22. European and Asian markets also fell.

Nearly all of the companies in the S&P 500 closed lower. Technology, financial, industrial and health care stocks accounted for a big slice of the market’s broad slide. Energy stocks were the biggest losers as crude oil prices fell sharply on worries that a slumping economy would need less energy. Bond yields also fell, a sign of increasing caution among investors, and the price of gold surged 1.1% as investors shifted money into the traditional safe-haven assets.

Emergency rescue efforts by the Fed and Congress helped arrest the market’s staggering 34% skid in February and March. Since then, the market had been riding a wave of investor optimism that the economy will bounce back by the end of the year, if not sooner, as businesses reopen and people go back to work. But confidence in that scenario is waning as infections and fatalities continue to climb in the U.S. and elsewhere.Full Coverage: Financial markets

Investors are still waiting for more data to see whether the spike in COVID-19 cases is a sign of a possible second wave of the infection, said Charlie Ripley, senior investment strategist for Allianz Investment Management.

“We think the recovery is largely underway, but there is still some considerable uncertainty on the path we have ahead,” Ripley said. “If we see some more follow-on of people coming back to work and consumer sentiment picking up, that will be a positive sign for a faster recovery.”

The market’s historic comeback in April and May was driven in part by a surge in individual investors eager to buy up stocks at lower prices despite a backdrop of historic job losses, forecasts of sinking corporate profits and a global recession. The trend led to a record surge in new accounts opened by individual investors at brokerages and a record volume of trades. This week’s sell-off has likely cut into many of those investors’ recent gains.

Anxious investors shifted more money into government bonds Thursday, sending yields broadly lower. The yield on the 10-year Treasury yield slid to 0.66% from 0.74% late Wednesday, a big move. Last Friday it briefly rose above 0.90%, and it started the year at 1.92%.

The Labor Department said Thursday that about 1.5 million people applied for U.S. unemployment benefits last week, another sign that many Americans are still losing their jobs even as the economy begins to gradually reopen. The latest figure marked the 10th straight weekly decline in applications for jobless aid since they peaked in mid-March when the coronavirus hit hard. Still, the pace of layoffs remains historically high.

Other jobs data have been more encouraging. A report issued last week showed that the U.S. job market surprisingly strengthened last month as employers added 2.5 million workers to their payrolls. Economists had been expecting them instead to slash another 8 million jobs.

That report helped stoke optimism among investors that the economy can climb out of its current hole faster than forecast. But the Fed estimated Wednesday that the economy will shrink 6.5% this year, in line with other forecasts, before expanding 5% in 2021. It also expects the unemployment rate at 9.3%, near the peak of the last recession, by the end of this year. The rate is now 13.3%.