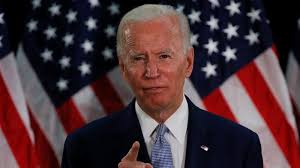 As protesters gather daily near the White House and the coronavirus pandemic rages on, the American public is souring on President Donald Trump. A new CNN Poll conducted by SSRS finds Trump’s approval rating down 7 points in the last month as the President falls further behind presumptive Democratic nominee Joe Biden, whose support now stands at its highest level in CNN polling.

The survey also finds a growing majority of Americans feel racism is a big problem in the country today and that the criminal justice system in America favors whites over blacks. More than 8 in 10 also say that the peaceful protests that have spread throughout the nation following the death of George Floyd at the hands of Minneapolis police officers are justified. Americans now consider race relations as important a campaign issue as the economy and health care, according to the survey.

Overall 38% approve of the way Trump is handling the presidency, while 57% disapprove. That’s his worst approval rating since January 2019, and roughly on par with approval ratings for Jimmy Carter and George H.W. Bush at this point in their reelection years. Both went on to lose the presidency after one term.

In the race for the White House, among registered voters, Trump stands 14 points behind Biden, who officially secured enough delegates to win the Democratic nomination in CNN’s delegate estimate on Saturday. The 41% who say they back the President is the lowest in CNN’s tracking on this question back to April 2019, and Biden’s 55% support is his highest mark yet.

The result comes amid a week in which Trump’s response to protests outside the White House led to condemnation from some fellow Republicans and a rebuke from former Defense Secretary James Mattis, who served under the President.

The poll finds the public broadly disapproves of Trump’s handling of race relations (63% disapprove), and 65% say the President’s response to recent protests has been more harmful than helpful.

There’s also been an increase in the share who say the US criminal justice system favors whites over blacks: 67% feel that way now, up from 52% in the fall of 2016.

With 42% calling race relations extremely important to their vote for president this fall, the issue now stands on par with the economy and health care near the top of campaign issues. The issue holds particular importance for Democrats and Democratic-leaning independents, 60% of whom call it an extremely important issue, compared with just 18% of Republicans and Republican-leaners. Most black voters also call it extremely important, 61%, well above the 34% who said the same in June 2015.

Voters give Biden a roughly two-to-one advantage over Trump on handling race relations: 63% say they feel Biden would do a better job on the issue, just 31% choose Trump. Among black voters, Biden is strongly preferred: 91% say he would do a better job on the issue and just 4% feel Trump would. Biden also outpaces Trump overall on handling coronavirus (55% to 41%), and on leading the nation in times of crisis (55% to 41%). Trump narrowly tops Biden as more trusted to handle the economy: 51% trust the President, 46% Biden.

Support for Trump is scarce outside his own party. Among independents, 52% say they back Biden for the presidency vs. 41% for Trump, only 37% say they approve of his handling of the presidency and 68% feel his response to the protests has been harmful.

And any goodwill the President had earned among Democrats appears gone. Only 1% of Democrats say they would choose Trump if the election were held today and just 2% of Democrats now say they approve of the way Trump is handling the presidency, the worst measure of his presidency and matching the all-time opposite-party low point in CNN or Gallup polling back to Roosevelt — Democratic approval of Republican George W. Bush hit 2% in an October 2008 CNN/ORC poll.

Biden’s voters have renewed their enthusiasm since the last CNN poll on that question in April. While just 50% were extremely or very enthusiastic then, 69% say the same now. Overall, 53% of Democrats now call themselves “extremely” enthusiastic about voting, erasing a gap with Republicans which had grown as large as 13 points in March.

Those behind Biden, though, are largely expressing opposition to Trump (60%) over support for Biden (37%). That result is not uniform, though. Biden’s black supporters are more likely than his white backers to say their vote is a nod of support (52% among black Biden voters vs. 33% among whites), and the older voters behind him are likewise more apt to say they are for Biden (51% among Biden voters age 65 or older) than against the president (47%). Among Biden supporters under age 50, about two-thirds say their support is to express opposition to Trump.

The CNN Poll was conducted by SSRS June 2 through 5 among a random national sample of 1,259 adults reached on landlines or cellphones by a live interviewer, including 1,125 registered voters. The survey also includes an oversample of black respondents for a total subsample of 362 black, non-Hispanic adults. That subset was weighted to its proper share of the overall adult population of the United States. Results for the full sample have a margin of sampling error of plus or minus 3.4 percentage points. It is 3.6 points among registered voters.