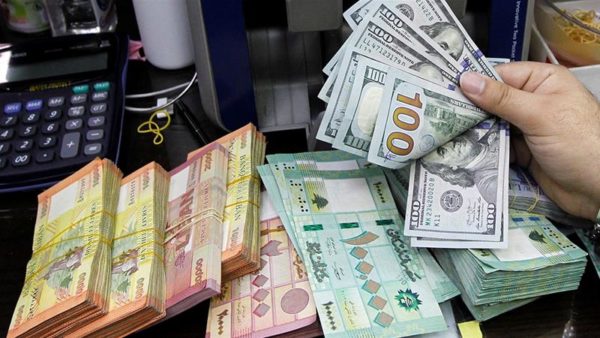 At a small cafe in the south Lebanese village of Ain Ebel, customers once indulged in drinks and lingered for hours puffing on water pipes filled with aromatic tobacco. Now, most go for a quick shot of espresso in a paper cup.

“It’s the only thing that’s still 2,000 pounds,” said Ibrahim Sader, the 32-year-old owner. “Everything else is now more expensive.”

​Lebanon’s worst economic crisis in decades has already cost thousands of jobs, with unrest stirring again on Saturday as protesters lashed out at the government’s response. The depreciation in the pound is driving up prices, hitting disposable incomes and forcing many Lebanese to rein in the free-spending lifestyles they’d become accustomed to. Many now talk in terms of their lives before the currency crisis — foreign holidays and shiny cars — and their modest new reality.

By tethering the exchange rate to the dollar for over two decades, Lebanon effectively subsidized imports from wheat and fuel to luxury goods and vehicles, allowing Lebanese to enjoy lifestyles that would otherwise have been beyond their means. That stability, and the high interest rates paid to depositors, also attracted diaspora remittances that became a crucial source of government funding.

But the prosperity came at a cost. The peg, overvalued by an estimated 50% in recent years, warped the economy, hollowing out manufacturing and agriculture by making Lebanese goods less competitive abroad. Addicted to imports, Lebanon came to rely on the service industry for 76% of jobs.

The reckoning came in October, when the central bank stopped providing dollars to importers of anything but wheat, drugs and fuel and more recently baby milk and medical equipment. Banks cut back dollar conversions and companies were forced to turn to the black market, causing a sharp depreciation in the pound. The local currency has reached lows around 4,500 to the dollar, compared with an official peg of 1,500 now effectively in place for only essential goods, while overseas money transfers are set at the market exchange rate.

The multiple rates have created confusion and made it harder for companies to plan, let alone grow.

“We don’t have anything here that’s local and when we do, it’d be more expensive than importing large quantities from abroad,” said Naaman Hashem, managing partner at Aruba, a producer and distributor of food items such as ready-mix cakes.

The peg held out through a succession of crises, from almost a decade of war in neighboring Syria to the 2014 crash in oil prices that choked off inflows from the Gulf. But as risks grew and money stopped coming in from abroad, the system became impossible to sustain.

Three months after defaulting on $30 billion of Eurobonds, the government is still hashing out a deal with the International Monetary Fund to secure a bailout. A rescue plan approved by the government in April faces resistancefrom banks, and will likely come too late for many of Lebanon’s most vulnerable.

Unemployment was 20% two years ago and that figure will certainly rise with hundreds of companies shutting down. Inflation is expected to soar nearly 10-fold from 2019 to over 25% this year, according to government figures, and 50% of the population could plunge into poverty.

Food prices have already shot up much more since October, when nationwide protests erupted against worsening living conditions in a country where almost a fifth of the population earned less than the minimum wage. A government agency found that some items have gone up by 207%, with the prime minister warning the country is at risk of a “major food crisis.”

Frugality is giving way to desperation, especially as businesses that survived the economic meltdown contend with restrictions imposed to contain the coronavirus pandemic.

A member of a Facebook group dedicated to children’s nutrition posted a video on alternatives to powdered baby milk after prices skyrocketed, suggesting boiling fresh cow’s milk from nearby farms. Another asked for diaper recommendations because her usual brand was no longer affordable.

With blankets laid on the ground beside their belongings, hundreds of Ethiopian domestic workers have been left stranded outside their embassy in Beirut because their employers are no longer able to pay their foreign currency salaries. An estimated 250,000 migrants were employed in Lebanon before the crisis. It’s not clear how many have since left.

Even for companies like Aruba, whose sales increased by 1,000% during the lockdown as Lebanese resorted to cooking and baking at home, the currency crisis is creating problems. The company struggles to collect money from supermarkets it supplies and to secure enough dollars for merchants that in turn supply its raw materials.

Exchange rate fluctuations have prompted many stores and small grocery shops to stop buying certain items altogether. A mere 207 vehicles came through Port of Beirut in April, compared with 3,500 in the same month last year.

Just as the currency crash guts household finances, the government is expecting revenue to drop by almost 30% this year. It’s on track to run a deficit the IMF estimates will reach over 15% of gross domestic product.

The central bank’s foreign assets are down 10% so far this year, reaching $33.5 billion as of end-May. The stockpile declined by $907 million between April and May alone, which Blominvest Bank attributes largely to the cost of helping finance the import of essential goods.

The devaluation has so far brought few benefits. Exports are up less than 7% in the first quarter though imports collapsed by over 40%. After limping along for years, the economy is projected to shrink more than 12% in 2020, the biggest contraction since the civil war ended in 1990.

Perhaps the greatest uncertainty of all is over what a post-crisis Lebanon will look like.

“We have for years been living beyond our means,” said Sami Atallah, head of the Beirut-based Lebanese Center for Policy Studies. “Everyone talks about wanting a productive economy but no one provides the right path to do that.”