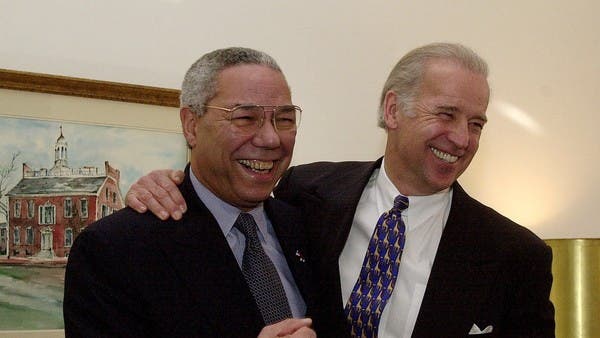 A growing numbers of prominent Republicans are debating how far to go in revealing that they won’t back his re-election — or might even vote for Joseph R. Biden Jr., the presumptive Democratic nominee .
Share:

WASHINGTON — It was one thing in 2016 for top Republicans to take a stand against Donald J. Trump for president: He wasn’t likely to win anyway, the thinking went, and there was no ongoing conservative governing agenda that would be endangered.

The 2020 campaign is different: Opposing the sitting president of your own party means putting policy priorities at risk, in this case appointing conservative judges, sustaining business-friendly regulations and cutting taxes — as well as incurring the volcanic wrath of Mr. Trump.

But, far sooner than they expected, growing numbers of prominent Republicans are debating how far to go in revealing that they won’t back his re-election — or might even vote for Joseph R. Biden Jr., the presumptive Democratic nominee. They’re feeling a fresh urgency because of Mr. Trump’s incendiary response to the protests of police brutality, atop his mishandling of the coronavirus pandemic, according to people who spoke on the condition of anonymity to disclose private discussions.

Former President George W. Bush won’t support the re-election of Mr. Trump, and Jeb Bush isn’t sure how he’ll vote, say people familiar with their thinking. Senator Mitt Romney of Utah won’t back Mr. Trump and is deliberating whether to again write in his wife, Ann, or cast another ballot this November. Cindy McCain, the widow of Senator John McCain, is almost certain to support Mr. Biden but is unsure how public to be about it because one of her sons is eying a run for office.

And former Secretary of State Colin Powell announced on Sunday that he will vote for Mr. Biden, telling CNN that Mr. Trump “lies about things” and Republicans in Congress won’t hold him accountable. Mr. Powell, who voted for former President Barack Obama as well as Hillary Clinton, said he was close to Mr. Biden politically and socially and had worked with him for more than 35 years.

None of these Republicans voted for Mr. Trump in 2016, but the reproach of big Republican names carries a different weight when an incumbent president and his shared agenda with Senate leaders are on the line.

Former Republican leaders like the former Speakers Paul D. Ryan and John A. Boehner won’t say how they will vote, and some Republicans who are already disinclined to support Mr. Trump are weighing whether to go beyond backing a third-party contender to openly endorse Mr. Biden. Retired military leaders, who have guarded their private political views, are increasingly voicing their unease about the president’s leadership but are unsure whether to embrace his opponent.

Mr. Biden himself, while eager to win support across party lines, intends to roll out his “Republicans for Biden” coalition later in the campaign, after fully consolidating his own party, according to Democrats familiar with the campaign’s planning.

The public expressions of opposition to Mr. Trump from parts of the Republican and military establishment have accelerated in recent days over his repeated calls for protesters to be physically constrained, “dominated,” as he put it, and his administration’s order to forcefully clear the streets outside the White House so he could walk out for a photo opportunity. His conduct has convinced some leaders that they can no longer remain silent.

Former Defense Secretary Jim Mattis’s blistering criticism of Mr. Trump and the admission this week by Senator Lisa Murkowski of Alaska that she is “struggling” with whether to vote for the sitting president of her own party have intensified the soul-searching taking place, forcing a number of officials to reckon with an act that they have long avoided: stating out loud that Mr. Trump is unfit for office.

“This fall, it’s time for new leadership in this country — Republican, Democrat or independent,” said William H. McRaven, the retired Navy admiral who directed the raid that killed Osama bin Laden. “President Trump has shown he doesn’t have the qualities necessary to be a good commander in chief.”

Admiral McRaven, in an interview on the 76th anniversary of D-Day, noted that those wartime leaders inspired Americans with “their words, their actions and their humanity.”

In contrast, he said, Mr. Trump has failed his leadership test. “As we have struggled with the Covid pandemic and horrible acts of racism and injustice, this president has shown none of those qualities,” Admiral McRaven said. “The country needs to move forward without him at the helm.”

Mr. Trump won election in 2016, of course, in spite of a parade of Republicans and retired military officers who refused to support him. Far more current G.O.P. elected officials are publicly backing Mr. Trump than did four years ago. Among his unwavering supporters are Republican leaders like Mitch McConnell, the Senate majority leader, and past foes like Senators Ted Cruz and Lindsey Graham. And polls today indicate that rank-and-file Republicans are squarely behind the president, although that is in part because some Republicans who can’t abide Mr. Trump now align with independents.

Yet it would be a sharp rebuke for former Trump administration officials and well-known Republicans to buck their own standard-bearer. Individually, they may not sway many votes — particularly at a time of deep polarization. But their collective opposition, or even resounding silence, could offer something of a permission structure for Trump-skeptical Republicans to put party loyalty aside.

John Kelly, Mr. Trump’s former chief of staff and a retired Marine general, would not say whom he would vote for, though he did allow that he wished “we had some additional choices.”

Dan Coats, the former Republican senator who was Mr. Trump’s director of national intelligence, “has been concerned about the negative effect on the intelligence community by the turmoil of turnover at D.N.I.,” said Kevin Kellems, a longtime adviser to Mr. Coats, adding that the former spy chief is “encouraged by the confirmation of a new D.N.I. and career intelligence deputy.”

As for whom Mr. Coats will vote for, “ultimately he remains a loyal Republican but he believes the American people will decide on Nov. 3,” said Mr. Kellems.

Joseph Maguire, a retired three-star admiral who served as Mr. Trump’s acting intelligence chief, invoked the comments of Mr. Mattis and two former chairmen of the Joint Chiefs of Staff who also criticized the president this week.

“Jim Mattis, Mike Mullen and Marty Dempsey are all good friends, and I respect them tremendously,” Admiral Maguire said in an interview. “I am in alignment with their views.”

Asked who Mr. Boehner and Mr. Ryan will vote for in November, representatives to both former House speakers declined to say.

Former Secretary of State Condoleezza Rice, asked if she would support Mr. Trump for re-election, said on CBS’s “Face the Nation” that she didn’t want to discuss politics right now, adding that her focus was on addressing divisions in the country. She did not support Mr. Trump in 2016.

A number of current G.O.P. lawmakers and governors are also wrestling with what to do — and what to say — as they balance conscience, ideology and the risk to themselves and their constituents that comes from confronting Mr. Trump.

Representative Francis Rooney of Florida has donated millions of dollars to Republican candidates over the years, served as President Bush’s ambassador to the Vatican and hasn’t voted for a Democrat in decades.

But Mr. Rooney said he is considering supporting Mr. Biden in part because Mr. Trump is “driving us all crazy” and his handling of the virus led to a death toll that “didn’t have to happen.”

Mr. Rooney is not seeking re-election, so he is not worried about future electoral prospects. He said his hesitation with Mr. Biden owes to uncertainty about whether left-wing Democrats would pull the former vice president out of the political mainstream.

“What he’s always been is not scary,” said Mr. Rooney. “A lot of people that voted for President Trump did so because they did not like Hillary Clinton. I don’t see that happening with Joe Biden — how can you not like Joe Biden?”

Mr. Rooney has been gently lobbied by one of Mr. Biden’s closest allies in Congress: Senator Chris Coons of Delaware, who has effectively become the former vice president’s emissary to current and recent Republican lawmakers.

Mr. Coons said a number of G.O.P. senators, regardless of their public comments, would ultimately not pull the lever for Mr. Trump in the privacy of the ballot booth.